It was a cold winter day in upstate New York. Dancing snowflakes and the smell of pine trees promised Christmas was on its way. I was 12, and I had been feeling sad. I'd been born different. Arthritis had crippled my body from a very young age. I was in a wheelchair, and I had a hard time understanding how I could foresee a happy future. I considered ending my own life, but one thing helped put the idea off, and that was Christmas. I had always struggled with having to ask people for help. I needed help dressing, bathing, carrying my schoolbooks; even the simplest task was a chore for me. The only time that felt different for me was Christmastime. Christmas brought out the helpfulness in even the coldest heart, and I found help with ease. Everyone smiled and wished me well. It brought out a feeling of good will and joy that couldn't be replicated. I didn't know then that one day I would have nothing but gratitude in my heart for my disability, and for a life full of struggle. I grew up feeling so different, but later in life I would find my home in the very loving transgender community. 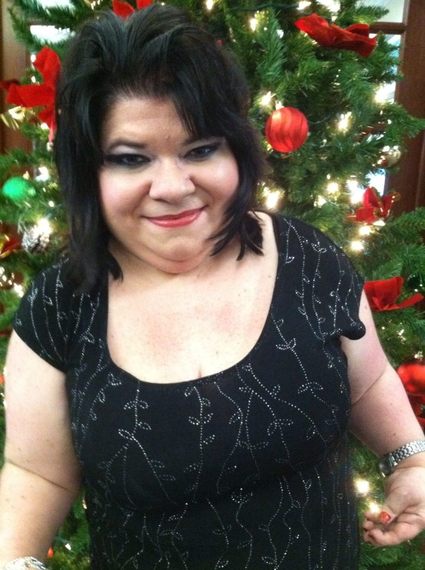 "[E]very time a bell rings, an angel gets his wings."

I often wonder if an angel brought my son to me. It's a Wonderful Life remains one of my favorite movies of all time. Its message of gratitude and love cannot be denied. It shows that even in moments of great despair, you can find hope if you really look for it. I've been asked many times before if I fear that my son will "change his mind." What if he "decides he wants to be a girl again"? What if I made a mistake by allowing him to transition at such a young age? I have answered this by saying over and over again, "My choice was between a live son and a dead daughter." But I know that without walking a mile in my shoes, it's hard to understand my dilemma. So let's take a page from It's a Wonderful Life, and let's pretend my child wasn't born to be transgender. 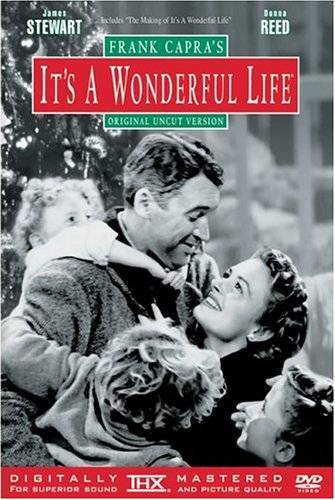 So let's say my child remained the child I thought was my daughter Grace. Oh, I'll admit that both of our lives would be much easier. But what does "easy" really get you? How many people have you met whose life seems so easy? Who seem to have everything handed to them? Who hasn't ever faced a real struggle? I've known these people, and I pity them. I've seen these people fall apart as adults when the smallest of struggles takes hold of them. Life is not the absence of struggle. Life is not about the cards you have been dealt but the way you play your hand. Life is about being knocked down over and over again and getting up and saying, "That's all you got?"

So I might have had a daughter who would paint her nails with me and play Barbies. I could have helped her braid her hair and, later, pick out her prom dress. I could have watched her walk down the aisle with pride. I am sure that life would have been good, but I promise it wouldn't be nearly as fulfilling as the journey I've had with my son.

I proudly accept love and cherish the life I have with my son. I look back fondly on the time he smiled from ear to ear when he got his first boy haircut. I remember his boyish grin when he wore his first suit. He proudly displayed his name when it was legally changed to Christopher. He gladly showed off the hint of his first mustache. He beamed with a joy I had never seen the day he got his top surgery. All those wonderful moments I would have missed out on were he not transgender. 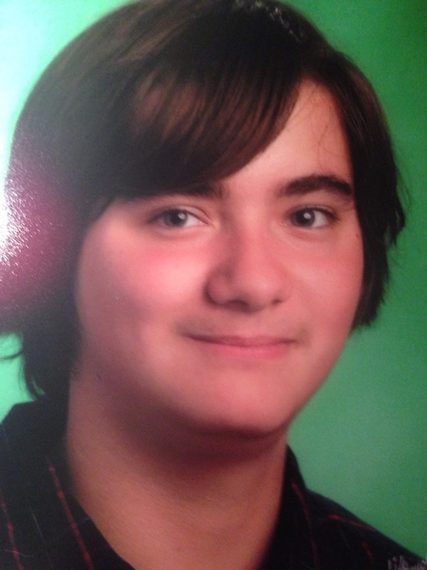 I think of the wonderful experiences we have had through all the turmoil it took for my son to be who he really is: a boy. The exuberance he showed when meeting other trans kids like him at Camp Aranu'tiq. The feeling of relief I felt when I met other parents facing the same challenges I had at the Philadelphia Trans Health Conference. The wonderful moment when my son and I spoke to the Albany, New York, County Legislators and helped convince them to add gender identity as a protected class under the local nondiscrimination law. We had faced opposition to this, especially from an older assemblyman. He'd expressed ignorance of transgender issues and seemed as if he wouldn't ever support this law. My son and I spoke several times over many months. I saw a change in this man. Ultimately, my son and I were surprised to find that when the bill came up for a vote, this assemblyman asked if he could sponsor it. It passed unanimously. This man, with tears in his eyes, approached my son and said, "I have five boys, and I would have been proud if you had been one of my sons." I wouldn't have experienced that wonderful moment of acceptance had my child not been transgender.

At the end of It's a Wonderful Life, Clarence the angel writes a message to George Bailey. He writes, "Remember, no man is a failure who has friends."

I think of all the wonderful friends my son and I have met along the way. We are so very grateful for our many brave friends, including Jazz Jennings and Nikki Maines, whom HuffPost Teen named as two of the most fearless teens of 2014. We are forever changed by the friendship and the heroism of these two young women and their brave families.

I first met Jazz Jennings at the Philadelphia Trans Health Conference in 2012. Following a speech she was asked, "If you were given a magic wand to make it so you were not transgender, what would you do?" Her answer astounded everyone. She replied, "I would break that wand in half. I am proud of being transgender." My son expressed similar sentiments in his speech in a workshop in Philly with Jazz and me in 2013. My son states in the speech he wrote:

Being transgender is hard, but I'm proud of it. I won't let anyone try to tell me who I am or who I should be, because I am happy with it. I wouldn't trade this life for anything, because being transgender is probably one of the hardest things to deal with, but it's taught me so many things, and because of it, I am who I am today. If I wasn't transgender, I wouldn't be the same.

Clarence further states, "Strange, isn't it? Each man's life touches so many others lives. When he isn't around, he leaves an awful hole, doesn't he?"

I can't imagine my life without this wonderful, brave, funny, caring young man who is my son Chris. That would create a hole that all the prom dresses and Barbies couldn't ever fill.

As I watch It's a Wonderful Life again this holiday season, I can't help but wonder what angel brought my son to me, and whether they are enjoying their much-deserved wings. I'll watch again, as I always do, with tears in my eyes and a grateful heart, knowing that it truly is a wonderful life.

Mary J. Moss is a feisty single mom to a terrific 16-year-old boy who just happens to be transgender. You can reach her by email at transparentmary@gmail.com.