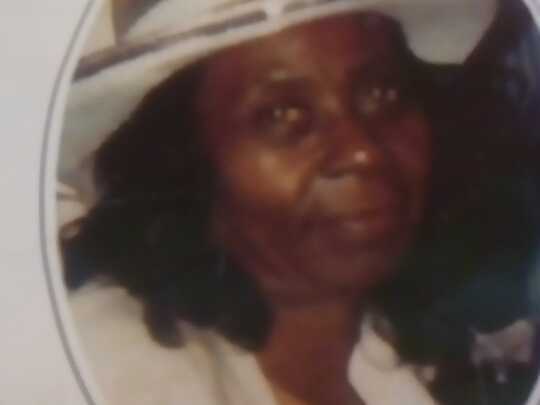 Photo of my grandma Catherine Brookins

Sundays with my grandparents was filled with laughs, family, God, a colorful array of scrumptious greens, cornbread, fried chicken, ham hocks, potato salad and other delectable soul food--food often saturated in heavy fat and sodium. This consumption of food, lifestyle, and heredity is what I thought contributed to both of my grandmothers having suffered from heart disease, but I am now aware of the silent killers and unassuming detriments contributing to the health of many in the African American community.

In 2016, this war still rages on in inner-city Chicago and other inner cities across the United States with over 800 gunshot victims alone in Chicago as of April 2016. While focus has been on trying to solve health and violence crisis in inner city communities by dealing with behavioral factors, not as much attention has been paid to the environmental factors leading to destruction of communities.

Pollution is often a silent destructor, rarely discussed when speaking of problems affecting inner city black communities. Indoor Air pollution causes 4.3 million deaths per year, according to the World Health Organization. Outdoor air pollution causes 3.7 million deaths worldwide, with 80 percent of those deaths being due to ischaemic heart disease and strokes, according to WHO. A lot of diseases like lung cancer, heart disease, COPD, and strokes that I attributed to lifestyle in my family could also be attributed to toxic levels of air pollutants, according to WHO.

Race and income can often determine those that are more likely to live in areas that are exposed to air pollution by way of Toxic Release Inventory-reporting facilities, as explored in an article by Susan A. Perlin, David Wong and Ken Sexton in the Journal of Air and Waste Management U.S.

TRI reporting facilities are places like factories that are required to report the chemicals they release into the environment as a way of keeping track and accountability. According to Wong and Sexton's journal article, African Americans below poverty level tended to be located closest to the nearest TRI facility as opposed to Whites above the poverty level.

My grandparents' home was in Chicago's Austin neighborhood in close proximity of the Northwest City Incinerator on 700 N. Kilbourn Ave (located on Westside of Chicago). The incinerator, built in 1971, was meant to be a solution for waste disposal, but was predicted to fail to meet standards of the1997 Clean Air Act laws, and it received violations by the EPA for its excessive release of soot and lead, according to a report by The Great Cities Institute. Soot, a particle pollutant (PM 2.5), is one of the deadliest sources of pollution because of the ability for it to go deep into lungs, according to the Environmental Protection Agency. The Northwest City Incinerator was eventually shut down in 1996, abandoned, and demolished 18 years later.

So while my grandfather's choice to smoke at a point in his life and my grandparents soul food diet enhanced their chances of cancer and heart disease, the fresh air they inhaled while doing yard work or planting seedlings in their gardens might have worked against them much like some of the habitual and hereditary factors most are aware of.

Scientists like Evan Herrnstadt of Harvard University and Erich Muehlegger of the University of California, Davis have even explored the role of air pollution on criminal activity in Chicago and they mention that their

...results suggest that pollution may affect cognition in ways that extend beyond impairing performance on standardized tests and may influence individual behavior in more subtle ways that previously considered.

What if my grandmas died from the indoor air providing them safety from the violent climate plaguing their communities?

What if the fresh summer day breeze my grandma relished in as she planted her tomatoes and peppers was slowly poisoning her?

What if my grandmas died from pollution?

How many in lower income black communities are unknowingly being altered by the unseen dangers of pollution amid the seen environmental dangers, much like the polluted Flint waters drank by unaware residents?