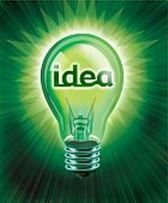 In a previous Huffington Post article, I discussed the almost dreamlike process by which I write a novel. There is a coalescence of past and present; the melding of my own and others' experiences. The article concluded by saying that drawing from life and imagination is at the heart of my novels, but each story begins in a unique way.

I've often been asked how the concept for Love Gone Mad originated, given its twists, turns and many machinations. Readers want to know how the initial idea came into being. I recall a specific incident that led to the thought of the novel.

My office is located on the second-floor of a small commercial building. A real estate office is on the first floor.

One afternoon, after seeing my last patient, I walked through the downstairs brokerage office to chat for a few minutes with the people there. The receptionist was at her desk. Sitting nearby, was her very cute and bright six-year-old daughter, Sara. The child had no school that day, so her mother had brought her to work.

Walking by Sara, I smiled and waved. She returned the greeting and said, "You know... you remind me of my dad..."

Assuming this was a flattering comparison, I replied, "Well, you're a great kid. I wish you were my kid..."

"You'd have to marry my mom..." she said, a huge grin spreading across her freckled face.

We all laughed, while her mother, only one desk away, blushed to a crimson red.

It was a cute, funny little exchange. Outside, as I was about to get into my car, I had the strangest thought: What if?

What if a married man with a young daughter -- suddenly developed the notion the child wasn't his own. What if he began believing with all his heart, this child was the result of his wife having had an affair? What complications could arise? What if he's wrong? Or, what if he's correct in his unsubstantiated assumption. How would he know? What about DNA testing? Where would all this lead?

I began writing Love Gone Mad with that What if? premise in mind. Soon, more complexities, complications and permutations evolved, so by the novel's third draft, the plotline went far beyond the initial What if?

You can apply the What if? question to virtually any situation.

What if you're involved in a minor fender-bender and the other driver is a revenge-driven lunatic who begins stalking you?

What if a beautiful woman (or handsome man) you've been furtively eyeing in a restaurant approaches you and asks, "Don't you remember me?" Now suppose you have no recollection of that person. What might that lead to? What possible complications could materialize in your life? Is this possibly an indication of something larger -- even something ominous?

A wealthy friend once told me he and his wife were in a restaurant when a woman approached and dropped her business card onto the table while his wife was in the restroom. It was a blatant--even outrageous -- invitation. What if he'd decided to pursue something with this stranger? Would it lead to complications far beyond being some kind of tryst? What if there was a conspiracy behind it?

When I interviewed best-selling author Andrew Gross, he said the opening premise of his novel 15 Seconds approximates something that happened to him in his life. He was stopped by the Houston police because of a minor traffic violation. It escalated and he was pulled out of his car, handcuffed, arrested and thrown in the back of a squad car. Sitting there, his mind started going and he realized "I may have something here."

In that instance, Andrew Gross took a disturbingly personal incident and wove it into a complex and multi-layered thriller. "The best of lives can fall apart in 15 seconds," he said, and it seems to me the jumping off point for a good thriller's plot can form if you ask yourself, What if?

With the What if? as an opening premise, you can take fact, fantasy, personal experience and a variety of elements from your own and other people's lives and weave them into the narrative arc of a suspense-thriller novel. If you allow one "What if?" to play off another, the process of imaginative storytelling can take over. One thing can morph into another and the story may begin taking unforeseen twists, turns and complications.

Turning reality on its head and posing the What if? question can be the first step taken to telling a compelling tale.