I've never met a person who didn't desire a better life. We empty our wallets for hair appointments, self-help seminars, designer handbags and dream cars. We go to outlandish lengths for a simple brush to our egos. When you think about it, though, the motivating factor behind all of those endeavors is the desire for an aspect of one's life to be better. But, what if the answer is much simpler than you ever imagined? What if the magic lies in channeling the love that exists inside of you to impact another person's life in a beautiful way?

What You Convey Is More Than What You Say...

My grandfather was 92 years old when he peacefully released his final breath in his hospital bed last July. His state of passing was somewhat of a metaphor for the way he lived his life, for he departed from this world in the same peaceful fashion he had chosen to live in it.

He lived a full life of highs and lows, tragedy and triumph. He was a quiet man of few words who communicated his values by means of his actions. He taught not by instruction, but by living. He never had to tell me he was happy to see me, for I knew it with the same level of certainty that I know my hands are currently moving across my keyboard, crafting this message for all who will read it. I knew it by the careful way he once ventured to the upper level of his home, despite his bad knees, just to make sure it was up to par for my stay. 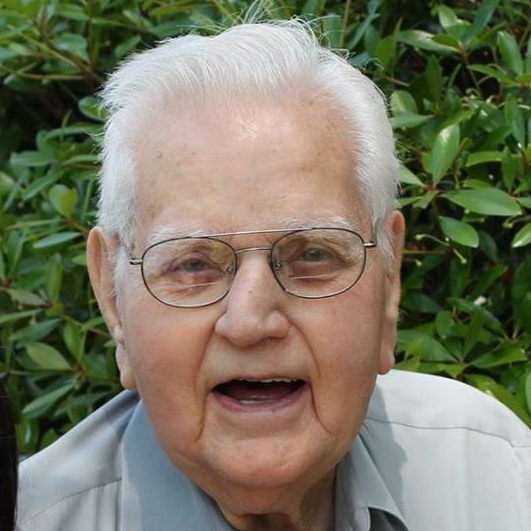 His genuine smile comforted my heart during the darkest of days. He was a master of consistency. There was never a time I called my grandfather when I was not met with a tone that conveyed both warmth and gratitude. Our conversations always began with, "Oh, hey Lacey!" and ended with, "I appreciate you calling, baby." He never had to thank me, though. One of the most meaningful lessons I take from my relationship with him is quite simple: My grandfather made me feel important, and people never forget how you make them feel.

Once I met a homeless man named Frank. While stopped at a traffic light in a fairly busy intersection, I purchased a newspaper from him. Rather than just flash a brief smile and accept the paper in exchange for my quarter, as I had always done prior, I shook his hand, introduced myself and asked him his name. He chuckled with surprise and delight as he replied, "Nobody ever asks me my name."

We have a responsibility to each of our fellow human beings: We must understand that each of our lives are relevant, each exist without chance and each deserve the recognition of importance. We must stop ranking human beings. We must stop compartmentalizing one another, attempting to trump one another and creating distance between ourselves and others. There is transformative healing power in the process of making another person feel wonderful.

In this world, ego tells us to fight to dim the light of others in order to make our light appear brighter, but such efforts are as counterproductive as they are ridiculous. It is not necessary to take anything from another person in order to gain something for yourself.

Shine Your Light On Others & Be Illuminated By It, Too 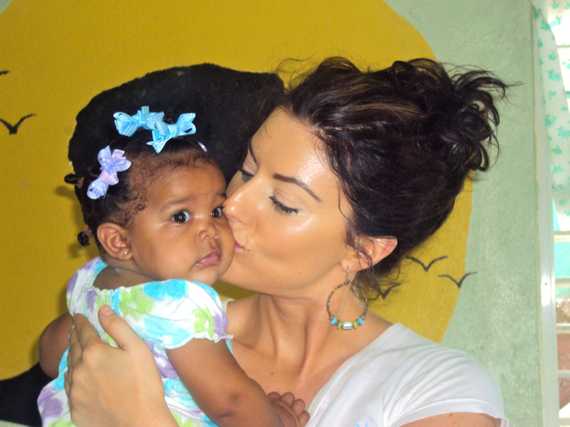 Upon returning from a medical mission trip to the third world country of Belize a few years ago, I found myself with moments of feeling both breathless and speechless. I had never encountered such raw, unadulterated love and gratitude. The experience was so transformative, I wondered how I could ever justifiably articulate it to anyone. People were grateful for the simplest things, and I had never encountered such beauty.

I witnessed a middle-aged man cry upon receiving treatment for an eye infection after having experienced years of discomfort. The man with the eye infection is only one example of countless touching moments, however I noticed one surprising common denominator throughout our week of treating various conditions: More than the relief from their pain or ailment, each person treated seemed most healed by one simple thing: We had taken time out of our lives to make them important. 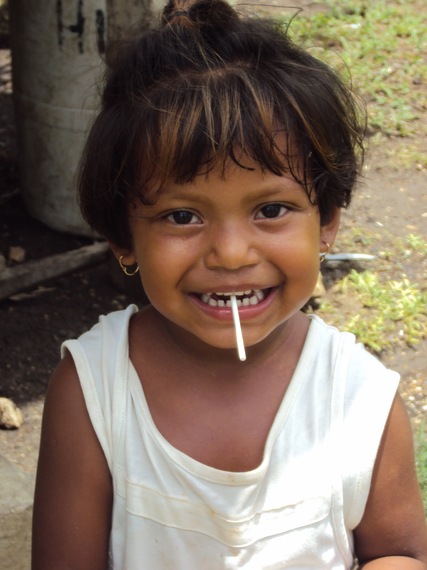 When I returned from my trip, I felt I was chasing the words to convey the healing that had taken place inside of me. By giving of myself and making the healing of others important, I healed as well. Shining light over their lives did not take any from mine. Rather, I was illuminated by it, too. 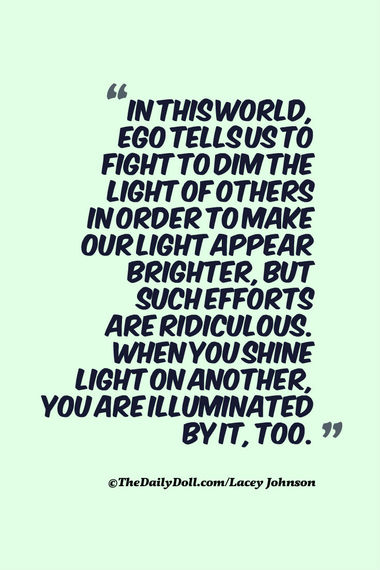 Haven't you ever noticed how the takers in the world never seem to function with a full cup? You know the ones who take up hours of your time but never devote any of their time to you and who seek attention for their efforts and endeavors but never support another's shining moment without attempting to glorify themselves in the process?

Their well is most often as dry as a bone, never seeming to remain full for long. What they do not understand is their self-centeredness locks them into a hollow state of isolation. They are always running on empty again before long, seeking to take more from others. On the contrary, have you ever noticed how those who give freely and lovingly without expectation are able to to do so because their cup is always overflowing?

Everyone wants to leave their mark on this world and to leave a piece of themselves behind so that they live on long after they have died. The most guaranteed method of impacting another person is to make them feel that the truest part of them is valuable to you. Do this, and your mark will remain stitched on their heart forever.

The original and extended version of this article can be read on The Daily Doll.