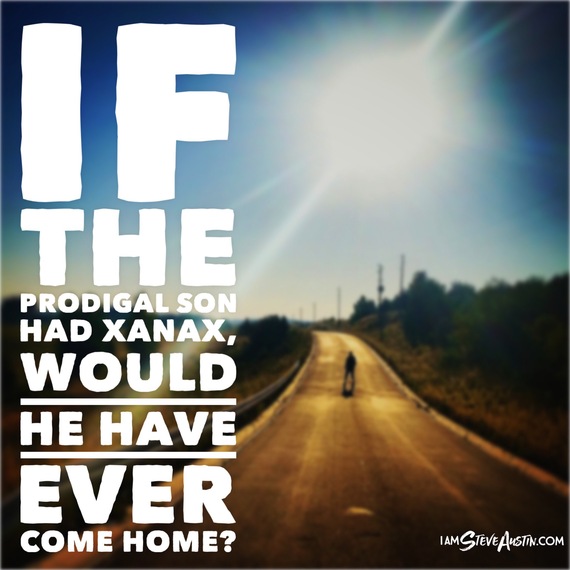 Anxiety has been my constant companion for as long as I can remember. For several years, I lived under a cloud of shame because of it. I believed I would never find true belonging if anyone knew the real issues I faced on a daily basis.

Until I could no longer hide. A failed suicide attempt forced me to face myself. At first, all I wanted to do was disconnect from anyone and anything that seemed more "normal" than me. And everyone seems more normal than you feel when you've just been discharged from the psych ward. I didn't want anyone to know my story, or the details of the journey that eventually landed me in an ICU. I didn't want my family to know, and I certainly didn't want to face the Church.

Like so many others, I thought life came with two choices: be a normal Christian guy, or be crazy. I felt stuck. Lost.

Early in recovery, my biggest struggle with returning to the Church was getting past that sense of not being good enough. My fear of being compared to all the other "normal" Christians made it very hard to believe in a Father who was inherently good, patient, and kind.

The Church had been my home for nearly three decades, but after such a massive personal failure, I wasn't sure how I fit into it anymore. From my own experience, the Church knows how to deal with addiction, adultery, and anger. But mental illness dumbfounds them.

I am from a spirit-filled church, where we believe in anointing oils and prayers of faith. In this world, medication for emotional issues is not really accepted. I can talk about addiction, but if I mention medication for mental illness, a team of people preps to cast out a demon.

Nearly four years into recovery, I often wonder if we would have the same response to a Christian with cancer? Sweet older women think they're being encouraging when they tell you the freedom that Jesus can bring, so you'll no longer be dependent on medication. But their message just causes our shame to simmer even more.

With both mental illness and cancer, you can't see the disease. But, while it is perfectly ok for a cancer patient to have chemo, it is not always acceptable for someone with a mental illness to take a prescription to address the chemical imbalance that dramatically affects their life. I long for the day when I can comfortably say, my hope is built on nothing less than Jesus' blood and good prescription drugs.

As it stands, the Church's response ostracizes people who need faith and community the most. Even well-meaning pastors, offering a prayer of faith at an altar call, will say God can "heal the minds" of those with anxiety and depression. Even if God can, this kind of talk just makes us want to slink back into the shadows and disappear. Healing sounds so great, but comfort and inclusion sound even better. The Church's attempts to encourage or heal are actually causing even more shame for a person who already feels they are not enough.

I want the Church to do more. That might include some research, definitely some reaching out. What would happen if the Church said to those with mental illness: you are different, but not less? What if the Church could break down walls of shame and begin a healthy dialogue? Isn't that what every person wants - to be heard and respected? To feel as though we belong?

In my experience, mental illness causes a person to look at a certain point in time thru a zoom lens. As emotions go up, rational thinking goes down. As the Church, this is the perfect opportunity to offer some of that "peace that passes understanding" to someone who feels the constriction of anxiety around their throat. Helping someone who is panicked to slow down, look at the larger picture, find God in the ordinary moments, and see all they do have to be thankful for just might save a life.

It is impossible to think about a hopeful future and a caring support system when we feel ostracized and defensive. The Father is standing, arms wide open, waiting to embrace all of His children who are burdened, weary, and anxious. It's time for the Church to stop acting like the older brother, and instead, embrace those who have wandered home after a long journey. 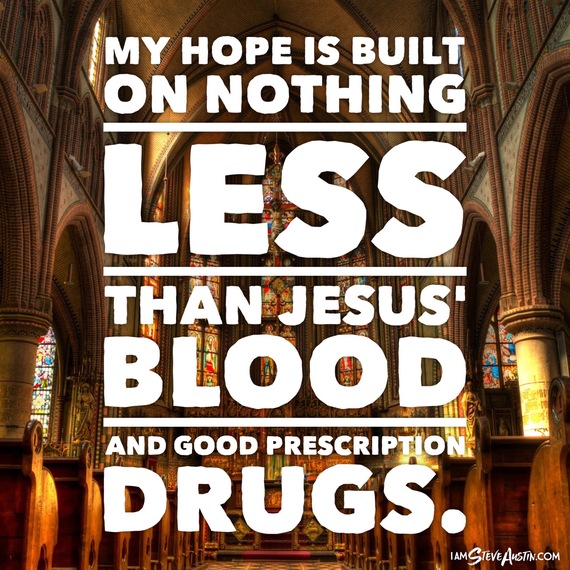 Originally published on Mercy Not Sacrifice.