In the past six months I've spent more time with a 61-year-old formerly homeless man than I've spent with many of my friends and family. His name is Carlos Daniels, and he spent over 20 years living in New York City subway stations. As our friendship developed, I wondered what would happen if we approached homeless people like we approach any new relationship: with openness to learning about the other person. Learning about Carlos' life has helped me confront assumptions and begin to understand our nation's most vulnerable populations.

But there's still a residual fear to be faced: Will others dismiss him and people like him? I hope they won't. Dismissive attitudes, especially those about poor people, belong in hell. I mention hell because much of what I've heard about Carlos' life can only be traced back to evil. We know many of these life-destroying forces already -- inequality, addiction and hatred, to name a few -- but we lose sight of their grip, often opting, from our place of detachment, to place the blame on the victim instead. Devastatingly enough, this collective blaming can then be internalized as truth in the hearts of the afflicted.

Carlos has been off the streets for three years. When he talks about the past, he says he wasted much of his life chasing a high that doesn't actually exist. That high? The false euphoria from hitting the crack pipe, a high he chased every day from 1989 to 2012. Was doing drugs a choice he made? Yes. But did what he experience in his life contribute to that choice? Without a doubt.

Even though I recently stood in the spot where Carlos spent his last five years as a homeless, drug-addicted man sleeping on pieces of cardboard at 168th Street off the 1 train in Manhattan, I have only seen a small glimpse. I wasn't there 50 years ago when Carlos was 11 and his grandmother told him that white people had burned down her house in southern Alabama right after they'd hanged his grandfather for rebelling against the system. I can only wonder: What if his grandfather's oppressors had been able to peer two generations into the future and consider what would become of their victim's grandson when he was old enough to be a grandfather himself?

Someone on the outside looking in could get the sense that a certain life trajectory makes sense given Carlos' history, but even if the events of his life raise awe and fury within me, they do not faze him, who presents them as mere details. Yet there is one childhood memory in particular that replays in Carlos' mind: when a white teacher wrote on his high school diploma that he would spend his life as an illiterate person. When Carlos graduated from high school in Brownsville, Brooklyn, he didn't know how to read or write. He wishes he could go back and prove wrong the teachers who told him he would never succeed in life. I insist that he can, in one way or another. He isn't so sure.

There was a time when his adult life didn't involve drugs and the streets. Selling drugs in his teenage years had landed him behind bars at 16, and he remained in jail until age 24, but in his late 20s and 30s Carlos was drug-free and gainfully employed, working two jobs in New York City, one cleaning floors at IBM and another in a railroad station. In this period he lived in a racially segregated neighborhood of Beacon, New York.

He'd also learned to read during his incarceration. He says, "Jail is not a good experience for many people, but it was for me. I got tutored there. The teachers had more time to teach in jail than they did in school. I wonder, if I had gotten tutored in school, if I would have even ended up in jail." 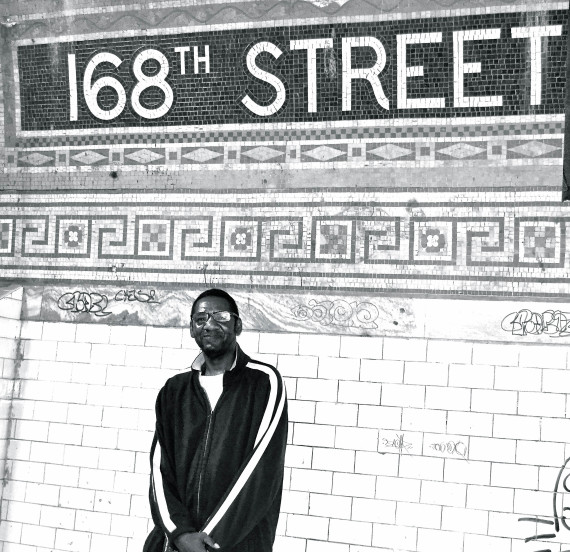 He didn't consider anything having to do with drugs until his mother passed away. The intense pain of grief could derail any of our lives, but for Carlos, losing the woman who'd given birth to him and raised him felt bigger than grief. Around that time he ran into someone from his past who sold him crack and told him he could make $50 to $70 per day recycling cans and bottles. Selling used containers ended up being Carlos' livelihood for the duration of his time living at various stations along the 1 train -- five years at 191st Street, 10 years at 181st Street, and five years at 168th Street. 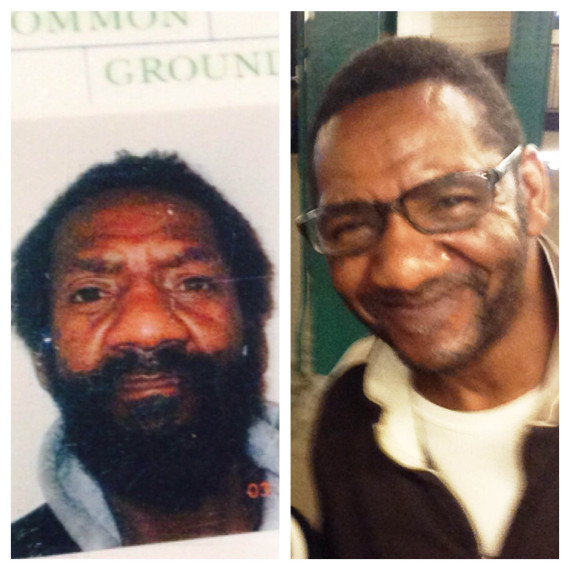 But it wasn't until I heard about the problem of obtaining his birth certificate that I began to consider the layers under the bereavement that had led to the drug abuse. In Carlos' search for permanent housing, he needed to locate his birth certificate. The organization that runs his current housing unit helped him find it, and in his 60s he learned for the first time that he'd been born in Virginia, not in New York City as he'd always assumed. Virginia is where his grandmother had fled after her husband was lynched and her home in Alabama was lit on fire. It was where Carlos' mother had met his father, who only appeared in Carlos' life intermittently. Carlos never had any siblings, so for the most part it was just his mother and him, and she was everything to him. But she'd never spoken of her time in Virginia. He only knew that she harbored a raging resentment of white people, a trait Carlos tried convincing her to let go of. It's potentially this extremely close attachment to a guarded caregiver that made the experience of losing his mother particularly terrible for Carlos; he was losing what felt like the only person he had.

How did his two decades on the street end? In 2011 Carlos saw a woman standing too close to the subway tracks, so he told her to stand back. The woman thanked him, brought him food and invited him to church. He began to go on a weekly basis. At the church he met new people and started to see the ones he'd observe commuting in the station every day in a new light. He said, "The people I was talking to didn't get high. I would see them go to work every day and go home. I remembered when I used to do that too." 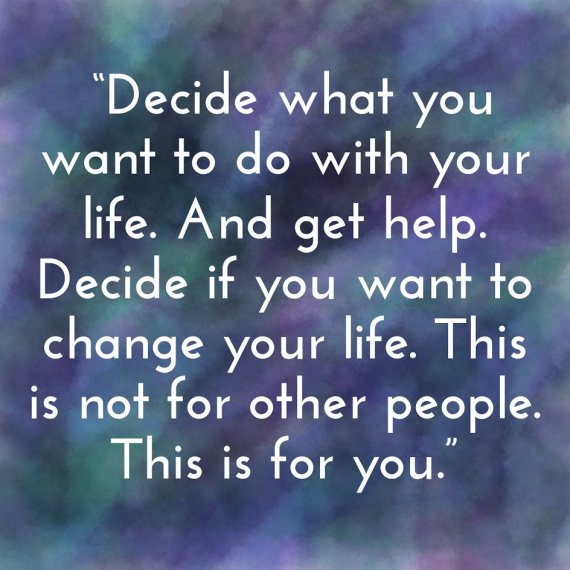 In 2012 he threw out his crack pipe, exhausted by the life he was living, and decided to quit for good, resolving that he didn't want to be known for what he spent so much time doing. He was then admitted to a housing unit along the Bowery offering short-term transitional housing for men, where he has lived for the past three years. When asked what advice he would give people in his situation, Carlos says, "Decide what you want to do with your life. And get help. Decide if you want to change your life. This is not for other people. This is for you."

He now spends his days reading, praying, attending community groups at church and participating in programs where he lives, one of which is a creative writing program. Carlos' dream is to write a book about his life. He said that when he first attended church in 2011, he only went to get something to eat and time away from the station. When volunteers with a nonprofit loosely connected with my church hosted a holiday party along the Bowery in 2014, Carlos was adamant about finding out about my church. I had offered him a cookie, which he had bluntly declined because he doesn't eat sugar; I was trying to break my own sugar habit at the time and expressed how impressed with him (read: envious of him) I was for having the discipline to do so.

I was a little cautious about talking too much about church, because I feared giving him the impression that I was trying to convert him, but his pressing questions in his raspy voice about where my church was and what kind of church it was made me feel like inviting him was the right thing to do. He came the following Sunday in a red dress shirt. At first he told me he was only coming to be polite, but after that first Sunday he told me he would never miss a week. It's I who skips sometimes, and when I do, my phone always rings, and it's Carlos saying one of the following things:

"I ain't seen you at the service!"

"I was looking for you at the church. Where you at?"

"What? You was there? How come you didn't say hi?" 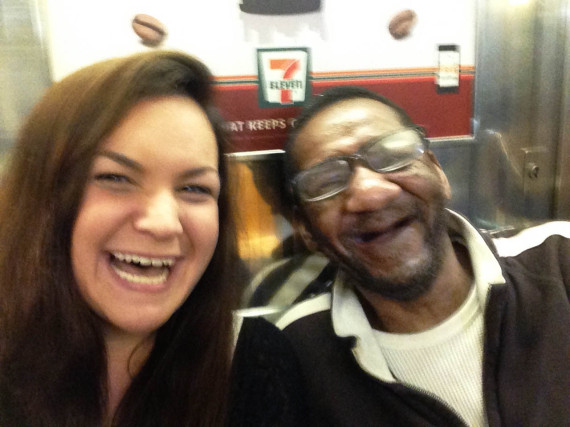 With Carlos in my life, I can't hide in my community anymore. With him holding me accountable to showing up, I feel needed, wanted and seen. I can only hope I can help him feel the same way. Sometimes I feel seen to a point of discomfort, temporarily wishing he wouldn't notice my absence but ultimately being grateful that he calls me out. Why is it that we think hiding will save us? None of us is invisible, and we shouldn't treat each other like we are.

For a person who might blame himself sometimes, Carlos is also very proud of how he has survived, telling lots of stories of obtaining leftover food from restaurants and always managing to stay clean with a bucket of soap and water. He taught me that it's OK to experience dignity by taking care of your most human needs.

Before knowing Carlos, I compartmentalized a lot of relationships. I'd grown so used to putting friends in categories: friends from work, friends from church, and friends from school. These categories, with their associated characteristics, put walls around connection. Carlos had no specific place among my categories, and for a while I felt confused about where he fit, but the more I talked to him, the less concerned I became. I just wanted to get to know him.

I now believe that the need for friendship can trump all other needs and sometimes be equal to the need for shelter and food. Carlos says that his story doesn't have an ending yet. He isn't sure what will happen when he moves out of his current housing, but I hope for Heaven to enter his timeline from here on out. We know what forces of good can change a person's trajectory for the better, things like quality education for all and abundant love between people. I hope he experiences both. In the meantime I savor the harmony between us. When it comes to interacting with people with different pasts, Carlos is starting to see things differently, as am I. He says, "The more I talk to people, I understand where they are coming from."