India has been described by some traditional texts as Sa Prathama Sanskrati Vishvavara, the first and supreme culture in the world. To this day, the South Asian country remains a hotspring of ancient wisdom on mind-body health and spirituality.

This wisdom has been steadily permeating American life for the past century. Mindfulness -- the cultivation of a focused awareness on the present moment, a concept with origins in ancient Indian philosophy -- is "gaining its fair share of attention" in the West, with increasing numbers of Americans practicing meditation, according to a recent New York Times Magazine cover story. Words like "guru," "karma" "nirvana" and "om" are firmly situated in our cultural vocabulary, and yoga and meditation have become the favorite pasttime of everyone from supermodels to high-powered CEOs.

The Indian way has spread far beyond the U.S., and tourists from around the world are flocking to the densely-populated country in search of inner peace. India is the fastest-growing destination for wellness tourism, with an average of 22 percent annual growth, according to recent data from Stanford Research Center funded by Spafinder Wellness.

Here are 10 reasons we should look to India as an example of what it means to live well.

It's the birthplace of yoga. 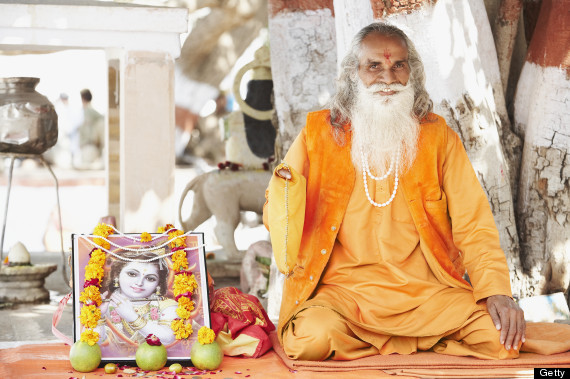 Arguably India's most popular export, yoga (Sanskrit for "divine union") has been passed down from guru to student for many centuries. Traditionally, yoga is practiced with the goal of stilling the thoughts of the unruly mind so that the individual can eventually achieve moksha (liberation). Aside from yoga's spiritual aims, the physical and mental health benefits of the practice are extensive, from decreased anxiety to reduced neck and lower back pain to increased sexual function.

They view health from a holistic perspective. 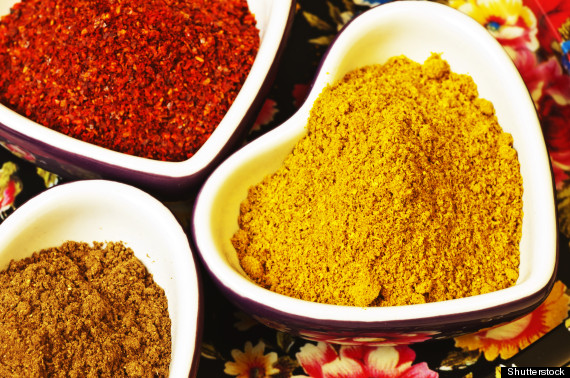 The ancient Indian wisdom system of ayurveda is founded on two guiding principles: 1) that the mind and body are inextricably linked, and 2) that the mind has more power than anything else to heal and transform the body, according to The Chopra Center.

This Indian "science of life" has used natural remedies to treat a wide variety of physical ailments for centuries, and modern science is just beginning to catch on to its wisdom. Through dietary and lifestyle changes, ayurvedic principles are used to prevent and treat illnesses, and to help individuals achieve optimal health and well-being. 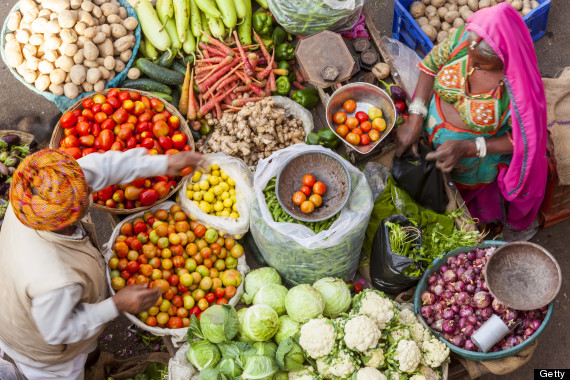 An estimated 80 percent of India's population identifies as Hindu, and the traditional Hindu diet is vegetarian. In the traditional yogic text the Mahabharata, a vegetarian diet is said to be sattvic -- meaning that it is linked with purity, goodness, and enlightenment.

"The practitioner of yoga has to adopt a vegetarian diet in order to attain one-pointed evolution and spiritual evolution," master practitioner B.K.S. Iyengar writes in "Light On Yoga."

Additionally, a vegetarian diet has been linked with major health benefits, including increased longevity and a lower risk of diabetes, heart disease, and high blood pressure.

They have strong family values. 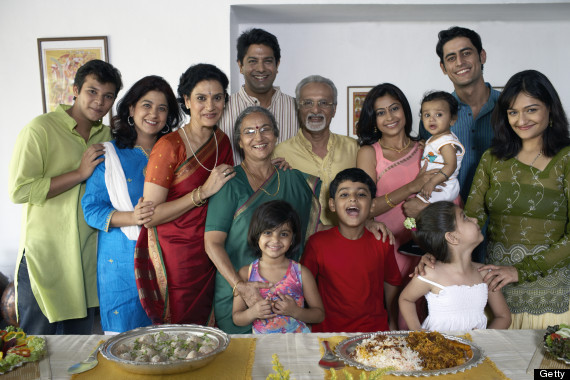 In Indian culture, there is a strong emphasis on family as the primary social unit, and families tend to be large, providing a strong social support system and network of community ties (a key factor in longevity). Indian families often live together in multi-generational "joint family" units.

"Through a multitude of kinship ties, each person is linked with kin in villages and towns near and far," according to the Asia Society. "Almost everywhere a person goes, he can find a relative from whom he can expect moral and practical support."

They cook with turmeric. 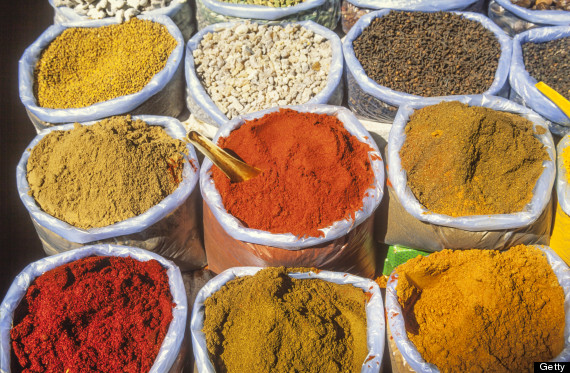 Turmeric is a popular spice in Indian cooking, and it's a superfood that can boost longevity and ward off illness. The spice has long been used medicinally in the Chinese and Indian traditions, and for good reason: Turmeric is packed with anti-inflammatory properties, and is also anti-carcinogenic, anti-fungal and anti-bacterial. Plus, it makes a delicious (and colorful) curry. 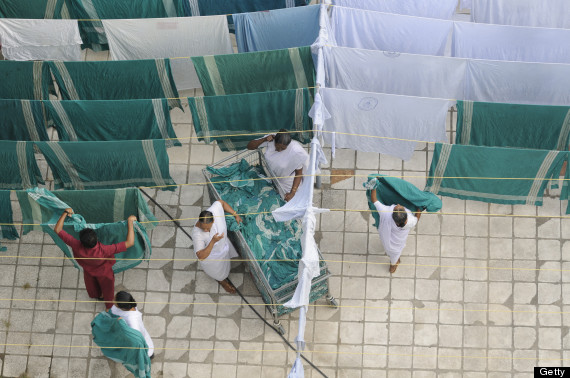 Although the Indian health care system is often criticized (and is certainly an overburdened system), some Indian institutions have succeed in creating a model for good-quality health care at a low cost.

"U.S. hospitals would do well to take a leaf or two from the book of Indian doctors and hospitals that are treating problems of the eye, heart, and kidney all the way to maternity care, orthopedics, and cancer for less than 5% to 10% of U.S. costs," Vijay Govindarajan and Ravi Ramamurti write in a recent Harvard Business Review blog, explaining that the Indian hospitals they studied still met international care standards.

Low cost, in this case, doesn't mean low quality -- Govindarajan and Ramamurti argue that because patients pay 60-70 percent of health care costs out of pocket, Indian hospitals have had to cut costs while also improving their standard of care, doing so through task shifting, frugality, and a "hub-and-spoke" model of dispersement. More and more Indian corporations are also joining the fight to provide good quality, affordable health care.

They live in color. 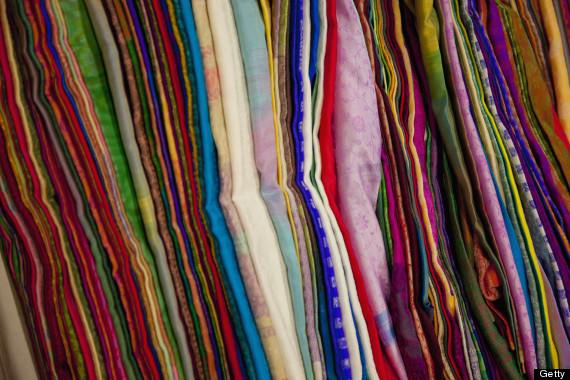 Every year, India celebrates the arrival of spring with Holi, the Hindu Festival of Colors, which ushers in the season with singing, dancing, and bright colors.

Many visitors to India (sometimes called the "land of color") are taken with the bright, beautiful colors everywhere. Many of these colors are symbolic in the culture and in the Hindu tradition -- and according to some color experts, these bright hues may have a positive effect on mood.

They have a culture that prizes compassion. 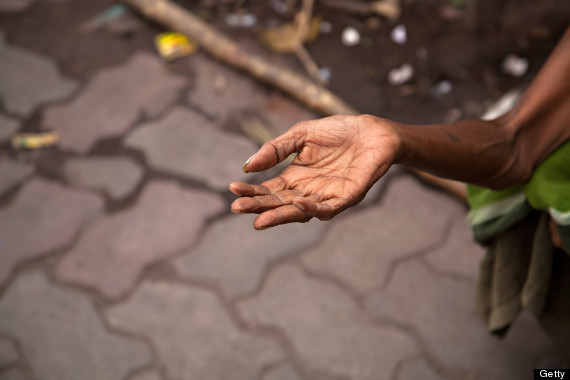 Compassion is a traditional Indian value, and also central to Buddhism, which espouses a philosophy of compassion balanced by wisdom.

In Indian culture today, there is also a belief in karma. According to the law of karma, every action must have a reaction, and every individual reaps what he sows. In the yoga tradition, karma yoga, the path of selfless action and selfless ervice, is one path to liberation.

"Once you become selfless you are free from attachments," wrote Swami Rama, explaining that one can achieve freedom from both the laws of karma and from mental confusion.

They know that breathing is crucial to good health. 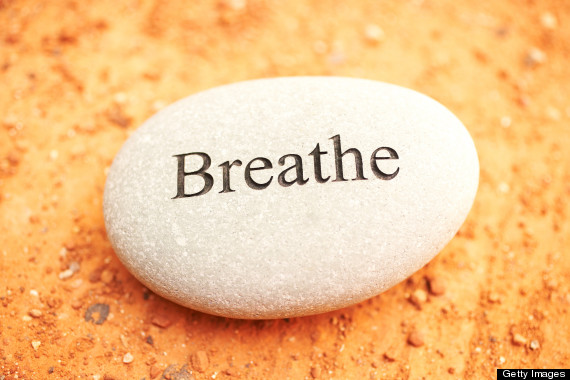 Breathing is a critical aspect of good health that's frequently overlooked in Western cultures, where we tend to focus more on the role of food and diet in preventative health care.

For thousands of years, the yogic practice of pranayama (Sanskrit for "extension of the life-force") has been used as a method for reducing stress and healing the body and mind through targeted breathing exercises. In Kundalini yoga, a traditional method of yoga popularized in the West by Yogi Bhajan, the breath is thought to be an individual's connection to the divine within, and breathing exercises are used to connect us more deeply with our own life force.

They celebrate the power of music. 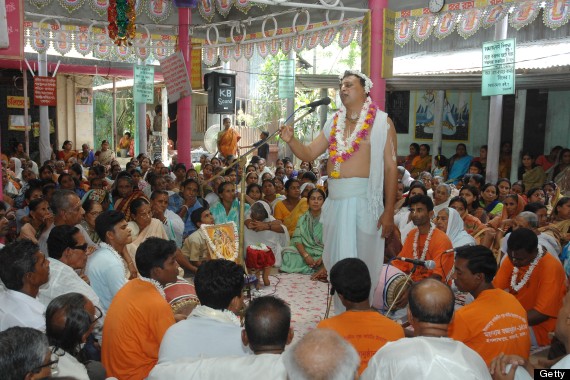 The birth country of the legendary Ravi Shankar -- and the place that "transformed" George Harrison's life -- has produced some of the world's greatest music. In India, music is often a spiritual pursuit. Devotional chanting, also known as kirtan, is thought to be a healing practice.

When the reknowned Indian guru Paramhansa Yogananda performed a kirtan at Carnegie Hall in New York City in 1926, the event had a strong impact on the audience.

"For one hour and twenty-five minutes, the thousands of voices of the entire audience chanted...in a divine atmosphere of joyous praise," Yogananda later recalled. "The next day many men and women testified to the God-perception and the healing of body, mind, and soul that had taken place during the sacred chanting."

They know how to do a memorable tribute. 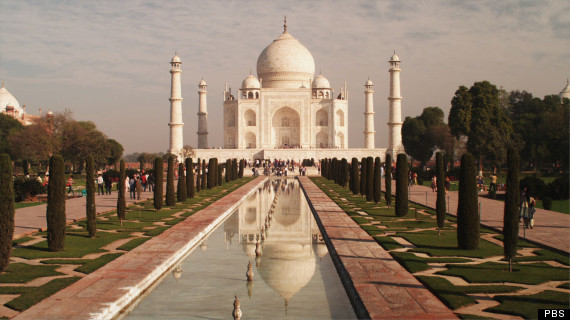 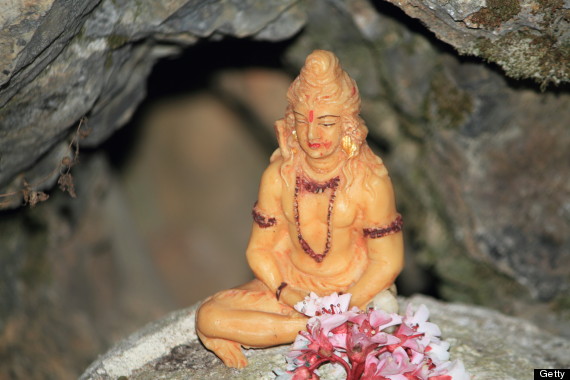 Indian spirituality, stemming from the teachings of the Vedas, the source of ancient yoga philosophy and the early foundation texts of Hindu and Buddhist faiths, stresses the truth of inwardness. Within the Indian belief system, divinity is to be found by accessing the divine Self (atman) within the self. Liberation can be attained through realizing the unity of atman and brahman (the whole of the universe).

According to "American Veda" author Philip Goldberg, this inward-facing spirituality that has spread out from India is creating radical change in the West. Goldberg told the Huffington Post:

We’re becoming a nation of yogis. What I mean by that is that there are people whose orientation towards life and their orientation towards their spiritual life is very yogic. They may never set foot on a yoga mat, they may never do an asana in their lives. They have a meditation practice and turn inwards in their approach to whatever they define as spiritual –- their relation to the universe and their development of an inner connection to something bigger than themselves. People are taking charge of their spiritual lives in a very yogic way.

Clarification: Language has been amended to reflect that Yogi Bhajan's form of kundalini yoga is part of a much older tradition.