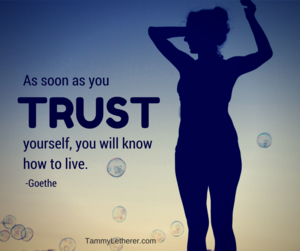 This week I went to a Meet-up event for writers -- something that's been on my to-do list for ages. There were seven of us at the Village Tap in Chicago's Roscoe Village neighborhood. We sat on the back patio with a noisy crowd of Cubs fans. Above us a section of the cloth roof was rolled back like the lid of a sardine can, showing us a sliver of sky. We took turns posing questions to one another and shouting our answers down the length of the picnic table.

"What inspires you?" asked a man named Myron.

"A desire to explain something in a new way," said a nonfiction-writing urban planner.

"The bodies I work on," said a man who is an autopsy pathologist and makes up stories about victims and survivors.

Well that was a little hard to top. But even if some cliches followed, they were met with respectful nods. Probably because we all understand that when the muse visits each of us in its unique and intimate ways, it is never cliche.

I thought it would be fun to continue the conversation and share a list of things that kickstart my desire to write:

1. A nugget of truth. Sometimes you hear a sentence or phrase that rings like a gong and resonates deep within. Maybe it gives you the chills, or makes your ears perk up. Or it could be a serendipitous answer to a question you're barely aware you've been asking. When I was trying to decide what kind of dance lessons to take, a friend said, in an unrelated conversation, "I have to learn to hustle." I got the message and knew it was worthy of a story.

2. An emotional essence. Sometimes you need to just share some raw pain, and writing about the moments that hurt can take some of the sting away. I wrote a blog that began: I know I've entered the wilderness when my son says, "Dad laughs. You don't." That felt like a punch in the gut. Not only do "ouchy" moments get your attention, they get the reader's attention too.

3. A Freaky Friday. This is what I call an interesting turn of events, when as a writer you are nothing more than a spectator to drama that may have nothing to do with you. Truth is stranger than fiction, they say. They also say there are no new stories, only new players. So use the facts when you can and save your true brilliance for later. When I wanted to write something about Christmas, I simply used this interesting story about how Longfellow was inspired to write a poem that became a famous Christmas carol: More than 150 years ago, a former Harvard professor named Henry was awakened from his nap by the sound of screams. His wife Frances' dress had caught on fire. Henry rushed to her aid, but she was quickly engulfed in flames.

4. Playing God. Yes it's true. Sometimes you know best. Or like to think you do. The desire to write can come from wanting to right a wrong, or to make order out of chaos. It's a way to have a "do-over." To be judge, jury, and executioner as you see fit, all from the relative safety of the page. In my novel, Hello Loved Ones, I wrote about my main character connecting with her father in a way that I, in my life, was never able to. This is the beauty of creative license, and a perk you're entitled to.

Want to know more about the writing process? Visit TammyLetherer.com. Tammy is a writing coach who loves to help others find their voice, whether in a blog or in a book. She is the author of one novel, Hello Loved Ones, and a memoir, Real Time Wreck: A Crash Course in Betrayal and Divorce, for which she is seeking agent representation. Contact her if you have a story that deserves to be shared. Follow her on Facebook and LinkedIn.