We're all for unplugging on vacation. But in order to make travel a lifestyle, you're gonna have to work while abroad. The good news is you'll join a legion of digital nomads, tech-based professionals who make travel their second occupation. At hostels, hotels, apartments and even on beaches, these full-time employees reap the benefits of travel, and their businesses do too.

Take Jay Meistrich for example. After years in a career at Microsoft, he took off on a mission to launch a start-up from outposts all around the world. His finished product -- built between Bali, Melbourne, Budapest and Stockholm -- has flourished because of the flexible time schedule and almost constant stimulation travel offers, he says. Oh, and it doesn't hurt that every lodging option cost less than both his San Francisco and Seattle apartments did.

Here's what Meistrich learned from his digital nomad journey, as told to HuffPost Travel.

There's no commute, therefore more creativity.
In an office job, the commute is a big problem because it disconnects you from your work. Even if your commute isn't very long, the idea that you can't start working until you're in a certain place -- and that you have to stop when you leave -- makes a big difference. For me, it doesn't matter where I am -- I can always be working. Being surrounded by new things makes me more creative.

And when you travel, your workday gets more productive.
I can wake up, then work, then meet friends to eat, then work a little more, then watch a movie, then work again. If you get distracted for a few hours at your 9-to-5, then the whole day was unsuccessful. But for me, work doesn't have to happen in a fixed time range. 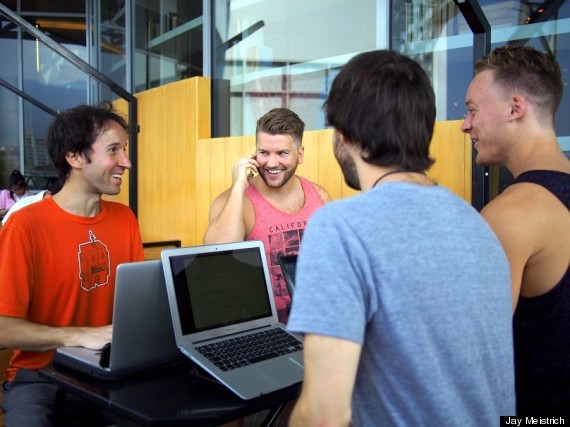 The more you explore, the more game-changing connections you'll make.
After Thailand, I'm heading back to Bali, where I made a partnership with a local company the last time I was there. Oh, and on Halloween, I went to a drag costume party in Bali and met a girl who works in PR. I showed her an article about my app. She got it published. And all that happened because I met her at a party in Bali.

You'll meet work friends -- just not the kind that work in an office.
I've met lots of people who do what I do through communities like Hashtag Nomads. They're different than backpackers, because they don't party every night, and they don't leave after two days. A bunch of us went to Ko Pha Ngan in Thailand for full moon parties together, but we also get work done. And I now have long-term friendships that I can maintain while I travel.

And you'll rediscover friendships you've had all along.
It sounds counterintuitive, but I have better relationships with my friends from home now that I'm traveling. My friend from high school used to live in Tokyo, so I visited him there and met his wife. Then they moved to Bangkok, so I spent New Years with them. I visited another friend's home in Santorini -- he was in my friend group a few years ago, but I never had the chance to hang out with him one-on-one. Turns out he's awesome. 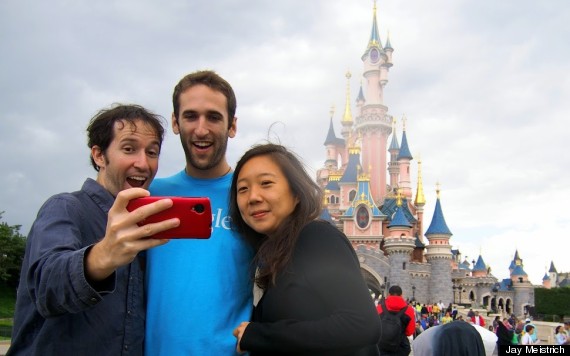 You'll realize your work options expand far beyond freelance.
I've met people doing all types of work: customer support, SEO hackers, journalists. I know an electrical engineer who brings the stuff he needs to build things on the road.

Living in a hotel can be MUCH cheaper than living in your apartment (in certain cases, of course).
Right now I pay $12 a night for my hotel room in Chiang Mai, Thailand. And it's HUGE. It would probably cost at least $1,800 per month as a studio in San Francisco.

And those distractions you thought you needed? Turns out you don't.
I used to have a 65-inch, 3-D plasma TV. And it was awesome. But I don't even watch TV anymore, because there are a lot more fun things to do. 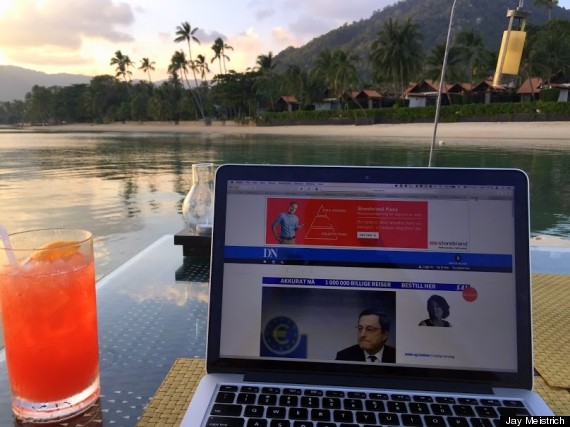 Meistrich's interview has been edited and condensed for clarity.