While most individuals have heard the term "no-kill shelter," many don't know what it truly means. Most would argue that every shelter should be "no-kill," as every animal deserves a chance, and I agree wholeheartedly with them.

A "no-kill" shelter is an animal shelter that does not kill healthy or treatable animals even when the shelter is full, reserving euthanasia for terminally ill animals or those considered dangerous to public safety. 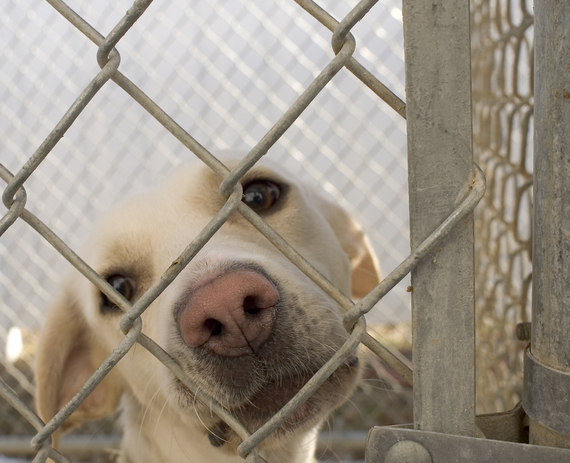 Now read between the lines. A "no-kill" shelter is one that does not kill to make space for more animals. However, they can still euthanize animals if they are deemed unhealthy or dangerous.

How is it determined whether they are unhealthy? This is the easier question to answer. Vets screen the animals, and a determination is made based on certain tests and checks. But how is an animal judged to be dangerous? This is much trickier in some cases.

And if an animal comes in sick but would be saved with expensive treatment, what is the maximum amount the shelter will pay to save the animal? Obviously, shelters have finite budgets, so are they still "no-kill" if they euthanize an animal that could be saved if they had more resources?

What about deeming an animal a danger to the public? Animals who have repeatedly attacked individuals are quite dangerous. But what if that animal could be trained and worked with to stop the behavior? What if a stray is caught on the street and brought to a shelter and it snaps at people simply because it has no idea where it is? Is that animal considered dangerous, or is it given enough time to recuperate?

This post is obviously asking a lot more questions than it is answering, but the point is this: Get to know the "no-kill" shelter in question. Get to know their policies, their treatments for the animals, their vet interactions. Many shelters call themselves "no-kill," but the term is loosely defined, with lots of wiggle room.

A true "no-kill" shelter is hard to come by. Little Shelter Animal Rescue and Adoption Center in Huntington, New York, is a true no-kill shelter, and they also have an animal sanctuary where terminally sick and tougher-to-adopt animals can spend the rest of their days in peace. They have 110 acres of land, with lakes and individual rooms for the animals to enjoy. Doesn't this sound more like a true no-kill shelter? It certainly does to me.

Not every shelter has the resources for a sanctuary, but they shouldn't be deemed less committed to the animals. If you want to volunteer or support an organization through donations, do some research on their "no-kill" policies.