The name "pit bull" can mean a lot of things, and there's really no one breed associated with the label. The American Kennel Club recognizes the American Staffordshire terrier and the Staffordshire bull terrier as independent breeds, but nearly a dozen others can fall under the pit bull umbrella, including the American bulldog, the Cane Corso, the Alapaha blue blood and the Dogo Argentino.

Breed aside, many of the millions of dogs that come through shelters every year are mutts that garner a simple "pit bull mix" label, but are by and large just normal dogs with a similar, blocky-shaped head. 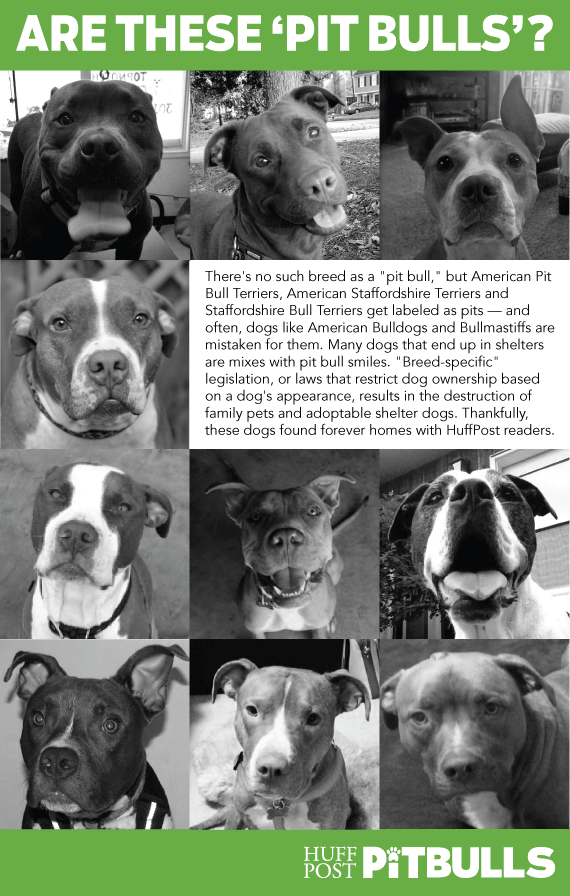 Take a look at this segment from HuffPost Live to hear Animal Welfare Editor Arin Greenwood explain some of the biggest misconceptions when it comes to identifying dangerous dogs.

10 Stereotypes About Pit Bulls That Are Just. Dead. Wrong.