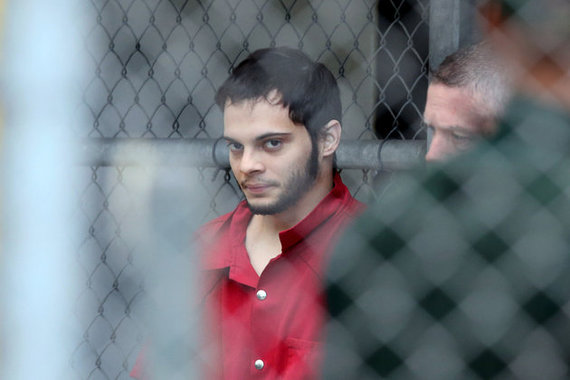 In the immediate aftermath of the shooting rampage at Fort Lauderdale-Hollywood International Airport, journalists and law enforcement officials were scrambling for details. Yet even as the news broke that five people were killed and six others wounded, the social media universe had another, odd preoccupation. After early reports described the suspect, Esteban Santiago, 26, as a "white Hispanic," Twitter users and alt-right sites seemed to lose their collective minds. "What is White Hispanic? Fort Lauderdale shooters ethnicity sets Twitter abuzz," noted the International Business Times. "White Hispanic" became one of the top-trending Twitter terms of the day.

Although it is not a phrase we hear in everyday use, "white Hispanic" is an accurate description of Santiago. The term does not reflect a political agenda; it reflects reality. The rush to condemn media outlets over using it is a wholly unnecessary distraction from a horrific event that still has many unanswered questions.

"What's a white Hispanic? Is that the same kind of thing as a black polar bear?" tweeted one commenter. Another asked, "So after white Hispanic, can white African American be far behind?"

These folks are apparently unaware of the nuances of Hispanic identity. The U.S. Census Bureau defines Hispanic/Latino as referring to "a person of Cuban, Mexican, Puerto Rican, South or Central American, or other Spanish culture or origin regardless of race."

They key words here are regardless of race. In fact, Hispanics can be white, black, Asian, or multiracial. That's because the term "Hispanic," like "Latino," refers to an ethnicity, not a race. And a majority of Hispanics actually self-identify as white. According to the 2010 U.S. Census, 53 percent of Hispanics chose "white " as their race, while 36 percent chose "some other race."

The confusion over "white Hispanic" is understandable given that it is not a term in common usage. Many Americans are likely used to thinking of race, literally, in black and white terms, without grasping where Hispanics fit into such categories. But it is also important to keep things in context. The term was used when a breaking news story was unfolding in real time, when very little was known about Santiago. Journalists and law enforcement were simply trying to fill in the blanks surrounding the suspect's identity.

That didn't stop some far-right outlets from inventing political motives. "Apparently "white Hispanic" is a term the liberal media lays on a person of Hispanic descent who does something bad," wrote a columnist in BizPac Review, "otherwise the person would be a proud Hispanic or a "hard-working Hispanic, or even just Hispanic." Other conservative commentators accused news outlets of lightening a photo of Santiago, to make him appear whiter - an allegation debunked by The Daily Beast.

If this controversy sounds familiar, it is because we have been here before. In 2013, George Zimmerman, then accused of shooting Trayvon Martin, was called a "white Hispanic" in the media, and similar outrage erupted. Yet even then, the clunky term fit. Zimmerman, the son of a Hispanic mother and a white father, could indeed be considered "white Hispanic."

On a broader level, these debates over ethnic and racial terms perhaps reveal a level of discomfort with the changing face of America - as well as some flat-out bigotry. After author Tariq Nasheed tweeted that the Fort Lauderdale suspect was "white Hispanic," he received a torrent of online abuse, including the N-word and other race-based insults. Why does a term like "white Hispanic" upset some people so much, while using the N-word does not?

Unfortunately, arguing over whether the Fort Lauderdale suspect should have been classified as "white Hispanic" distracts from more important issues. What was the suspect's motivation in gunning down innocent people in a crowded air terminal? Given his history of mental health problems, why was it so easy for him to access deadly weapons? Was he suffering from post-traumatic stress disorder related to his time serving in the military in Iraq? Every one of these questions warrants more discussion and consideration than Santiago's race or heritage.

Whether Esteban Santiago is white or any other race should not matter so much as understanding what happened in Fort Lauderdale and why. In the wake of a tragedy, we should be searching for facts and answers - not online enemies and media conspiracies.