BDE stands for “big dick energy.” If you’re sitting at your computer like, “Wow, that’s vulgar,” you should probably just leave now. There’s nothing for you here.

For the rest of you trash humans like myself, let’s soldier on.

The idea of Big Dick Energy/BDE has exploded in this June of 2018 courtesy of several factors. While exact origins remain unclear, the first murmurings of BDE appear to have happened on June 8 in reference to the late Anthony Bourdain:

Is this dark? Maybe. Regardless, from that point on, BDE has been used to describe everyone from Pete Davidson to Waluigi to David Brooks to “Scorpio men.”

New York Magazine’s The Cut describes BDE as the “quiet confidence and ease with oneself that comes from knowing you have an enormous penis and you know what to do with it.”

“It’s not cockiness, it’s not a power trip — it’s the opposite: a healthy, satisfied, low-key way you feel yourself. Some may call this ‘oh he/she fucks’ vibe, but that is different: you can fuck, but not have BDE,” Allison P. Davis writes.

This is a solid description of BDE, whose truest essence may be ineffable, but it doesn’t fully capture the nuance that is BDE.

To help, I’ve created this graphic with correlating examples:

Okay, have given this some additional thought and BDE (big dick energy) can be broken down into 4 quadrants

If you came to this piece to figure out if you have BDE, odds are high that you don’t, my friend.

Also, we should mention now that BDE is not a gendered idea. Anyone and everyone can potentially have BDE.

At any rate, if you want to be distracted for a few minutes from the fact that the world is going to hell and democracy is dissolving ... here are some great tweets about BDE. Let’s do this thing:

BDE, not to be confused with the confidence of a mediocre white dude

my mom asked what BDE means so i made her a presentation pic.twitter.com/E0r0805xU3

Me, an individual who took the day off twitter for once: What’s BDE?

the only character with BDE in harry potter is ginny weasley

ok but the only satc man ever to truly have bde was Harry Goldenblatt. You know I’m not wrong. https://t.co/s56HkiGKg9

Apparently I have IDE and not BDE.

Buzzfeed just f*cked up my whole day before noon. pic.twitter.com/Z7wS7E6CAP

THIS is big dick energy pic.twitter.com/35tXEBPSUq

Big dick energy is the powerhouse of the cell

What Is 'BDE,' And Why Is Everyone Talking About It?
Japanese Penis Festival 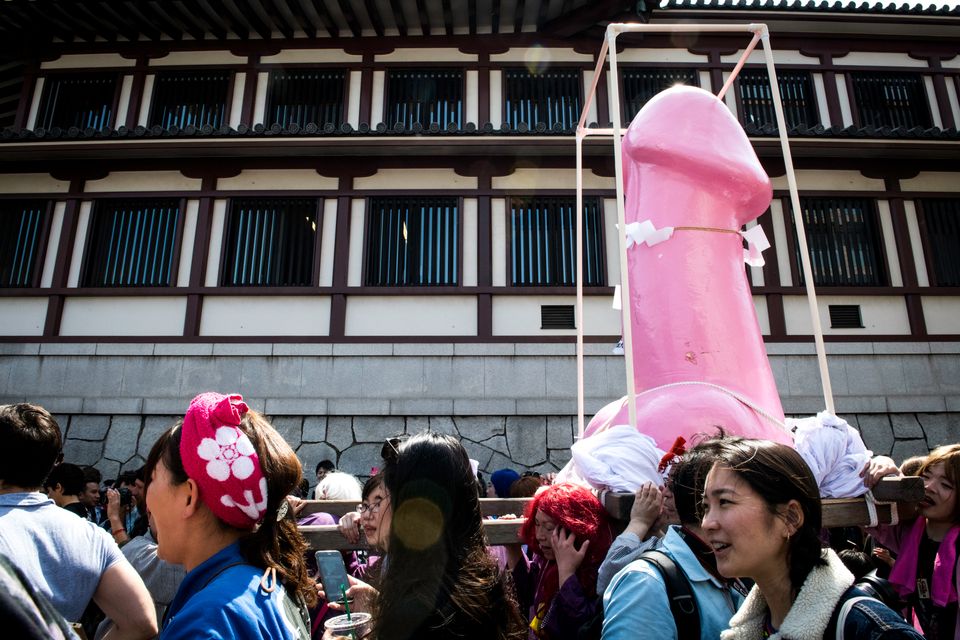 1 / 9
<a href="http://www.fest300.com/festivals/kanamara-matsuri">Kanamara Matsuri</a>, aka the Festival of the Steel Phallus, has been a spring tradition since 1969.<a href="https://www.huffpost.com/entry/japan-penis-festival-kanamara-matsuri_n_5106378">The phallic festival is a&nbsp;spiritual event celebrating both the penis</a> and fertility.
NurPhoto via Getty Images