If a fruit smelled like feet, would you eat it? If that fruit smelled like damp feet that had been festering in a soggy boot for hours, could you even bear to look at it? What if the moisture came not from a puddle or some sort of bad weather, but from dank, dirty sweat? Would you run away and never speak this fruit's name again?

This fruit that shall not be named is none other than durian, of course. Roughly the size of a coconut or cantaloupe, and often even bigger, the durian fruit is green and spiky on the outside, with a soft flesh on the inside. It's native to Southeast Asia, and its smell has been likened to "turpentine and onions, garnished with a gym sock," "hot poop garbage" and "gasoline." In some places, durians have been banned on airplanes, trains and mass-transit -- and for good reason. Their smell isn't only overwhelmingly potent, but it lingers too. 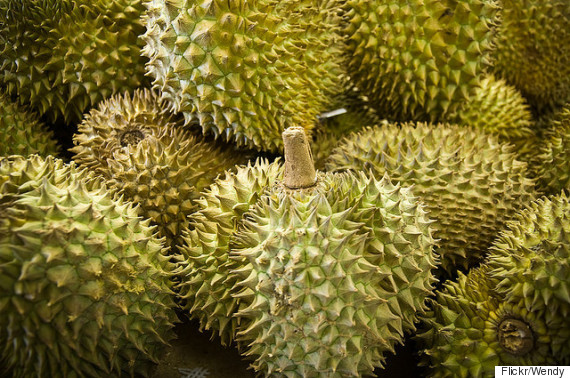 So what is it about this this smelly fruit that some people love so much? Like most controversial foods, durian is an acquired taste. Despite the pungeant smell, the custardy flesh actually tastes sweet. Some have even described it as "sugar cream or creme brûlée, but with more personality." The New York Times' Southeast Asia correspondent, Thomas Fuller, admires the depth of flavors in the fruit. Like wine, he says, durian has a range of dissonant flavors that meld together to create "an overall impression of sweetness."

If you want to give this frightening fruit a chance, one way to warm up your palate is to prepare durian in a recipe instead of eating it on its own. Mixing the flesh with sugar and wrapping it in a pancake is one common way to eat durian. You might also find it wrapped in rice paper and deep-fried. 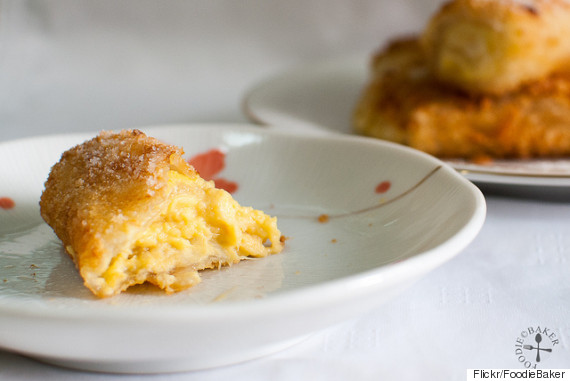 Flickr/FoodieBaker
Get a Durian Roll recipe from FoodieBaker

If you live in New York City, head to Morgenstern's ice cream parlor and try the durian banana flavor. Miraculously, it's incredibly popular, owner and founder Nicholas Morgenstern told the audience at Brooklyn's Food Book Fair two weeks ago. While this definitely speaks to the adventurous palates of New Yorkers, the ice cream's success is also a testament to the so-called "king of fruits."

This complex fruit is sweeter than it looks and smells, and if you can get past your first impression, you just might learn to love it -- sweaty gym sock smell and all.

International Cuisines We're Missing Out On In The U.S.