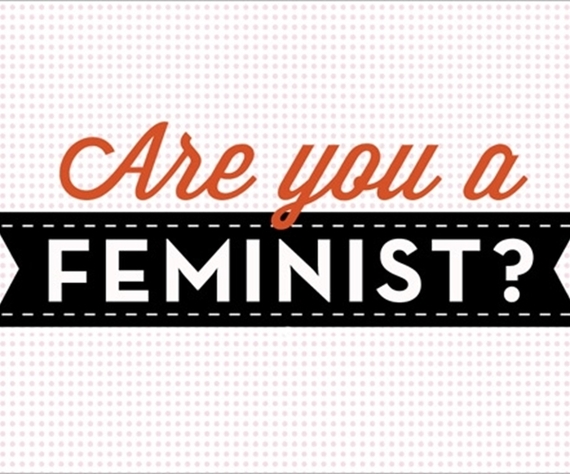 Feminism is not the belief that one gender should be raised in power above another. The very definition of feminism shows a complete opposition to this belief. So when people comment against feminism, they are supporting sexism. There is no sitting on the fence. You are either a feminist or sexist. Unfortunately, most sexists don't know they are sexist, and compose the majority of the population. They are unaware that sexism is something that has been forced on to them through the brainwashed media of a patriarchal society.

What is the patriarchy?


patriarchy (ˈpeɪtrɪɑːki/) noun
2. a system of society or government in which men hold the power and women are largely excluded from it. "the dominant ideology of patriarchy"

Generations of society before us have had strong patriarchal themes. People who speak against feminism are scared of change. They are scared of the idea of everyone being treated the same, instead of one gender having control over another. They are scared of shedding the holds of patriarchy in society and accepting everyone as an individual human being, not categorizing them as male or female. Most of all, they are scared that they will not hold the same importance as a person if their power as a certain gender is taken away. Why should one group of people be in control of another? Why have we, as a society, given them this "birthright?" The answer is that the patriarchal ideals of past generations have descended onto us. Children today are still being indoctrinated with old concepts of gender roles, with "girls toys" focussed around child rearing and kitchen duties and "boys toys" focused around more "masculine" tasks such as building and fighting. We should be teaching our children that it doesn't matter whether you are male, female, or other. Period.

We need to stop thinking of people in regards to their gender. We need to stop associating people with a certain level of power over other people just because they were born with certain genitals. Power over another person is not okay. Rape culture has grown out the idea that someone can be controlled. It wasn't so long ago that our culture took the step forward to make slavery a crime. People, regardless of their gender, race or upbringing, should be able to do what makes them happy. The idea that one gender is inferior to another in any aspect is ridiculous and destructive. We are limiting opportunity for cultural, scientific, technological and medical breakthroughs by holding on to that idea. Each individual has their own special talents and abilities that they can choose to contribute to society, and if we start to embrace those abilities without prejudice and without controlling people with stereotypical gender roles, then we can tap into resources that have been greatly suppressed.

We don't need to be scared. Feminism is a movement towards equal society for male, female and transgender people, without discrimination. People should not feel discriminated against for being who they are. They should be able to live in peace, without fear of not conforming to the "social norm." We need to change the social norm. We need to move towards a society where men are not afraid to be vulnerable and women are allowed to be independent; a society where being male or female has no impact on how a person lives their life; a society where the pressure is off and everyone can be themselves.