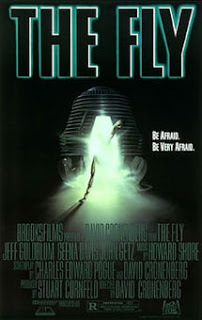 You see an ant run as you take aim with your hand. If it didn't sense danger, why would it scamper away? And who's to parse the difference in response to similar threats of the human mind which traffics in eventualities? The NYU philosopher Thomas Nagel wrote a famous essay entitled "What is it Like to Be a Bat?" As Elizabeth Kolbert points out in a recent piece, Nagel's essay could easily have been titled "What Is It Like to Be an Aardvark?" ("He Tried to Be a Badger," The New York Review of Books, 6/23/16). But what is the contrast between what the ant or fly is going through and what we as humans experience think when we see a suspicious looking character approaching us on one of those Hopper Streets with their solitary street lamps? If you've ever chased one of those big water bugs or better yet a mouse you realize how canny creatures can be. Such is their elusiveness, if they weren't rodents you'd want to recruit them as tight ends for a football squad. So what is the real distinction? Both humans and so called lower forms seem to react to the penumbra of danger in the same way and if we assume that animals lack what we call consciousness or thought--an absence which it's ultimately impossible to verify--then we may assume that what's missing in the animal mind (Gregor Samsa not withstanding) is a concept. The ant or fly doesn't say "uh oh there's a man trying to get rid of me." Even the water bug and higher forms like the mouse or rat don't do that. Humans have highly developed upper brains, one part of which, the language cortex is responsible for putting ideas into words, while animals depend on the lower brain, limbic faculties. So the big difference is language which mediates and translates emotion into thought and also is one of the factors that enables human consciousness to be uniquely self-reflexive. We look at higher brain functions as a gift (which they most certainly are), but might it not be said that animals, who lack such filters, have a better idea of what's going on?