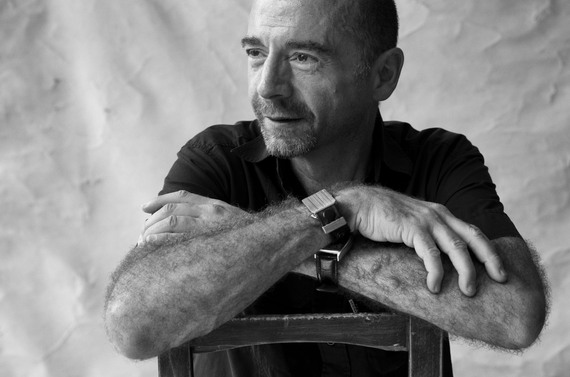 When Timothy Ray Brown underwent a bone marrow transplant in Berlin during the winter of 2007, he was unaware of the historical significance that the surgery would later have. He hoped that the grueling procedure would free him from Leukemia, and he knew there was an unlikely chance that he could also be rid of HIV. Eight years later, Brown remains free from Leukemia and is still the only person on the planet to be cured of HIV. I met with Brown, and together we discussed the significance that this experience has had on him personally, his newfound role as a leader, and his hopes for impacting the world around us.

Being the only person in the world to ever be cured of HIV/AIDS must be quite an experience. And it seems it has launched you into the role of a leader and an activist. I'm curious to know where the story begins and if you have always considered yourself an activist.

I was an activist in ACT-UP in 1989 and 90 before I left the United States. I wanted to study in Berlin, which is what lead me there. Then, I tested positive for HIV in 1995. I had a partner at the time, who I met in Berlin and eventually moved to Barcelona with, and he told me that he didn't want to know his status. He preferred not to know if he was HIV positive or negative. Its important to remember that even in 1995, testing positive was still considered a death sentence. There wasn't anything available for treatment except for AZT and a couple other antiretrovirals.

Were you recommended to take AZT at that time?

Yes, my doctor recommended it, but I really didn't want to do it because of all the known side affects, and perhaps even more so for the unknown side affects. But since it was the only treatment available, I agreed to try a low dose. And luckily the next year protease inhibitors and then the drug cocktail combinations came out and I was able to switch my treatment to those.

I did well for the next 11 years, and took a number of different HIV cocktail treatment regimens. Around 2006 I returned to the US for a friend's gay wedding, and I remember feeling extremely fatigued. When I got back to Berlin it continued to get worse. I told my boyfriend, who took me to a doctor who diagnosed me with anemia. They started doing these blood transfusions but they didn't really help, so I was sent to an oncologist. The oncologist did a bone marrow autopsy and discovered that I had Leukemia. Needless to say, I was shocked. I knew it was deadly and needed to get treated immediately so we discussed where I should go, and that's when I was introduced to doctor Gero Huetter who, little did I know at that point, would became an integral part of my life and cure.

I read about your story a few years ago, but I was recently surprised to find out that you were cured of HIV as far as 8 years back. What has happened since then?

At first I was just basically recovering. And my former partner at the time, who I love dearly, strongly suggested that I take as much time as I needed to recover before even thinking of going public. But at some point I really began to feel the weight of being the only person in the world to be cured of HIV. I felt like I was in this very exclusive club, and I desperately wanted other people to join the club! I decided that I had to release my name and story to the public. It began with a German magazine called Stern who ran the initial story. I didn't want to be interviewed again for another 6 months, and the next one was with POZ magazine in the US and it began to snowball from there.

At what point did this coverage shift your focus toward activism?

I had been doing some appearances and speeches since the first story ran. I met with the founders of the World AIDS Institute and together we decided to hold a press conference at the 19th International AIDS Conference in Washington, DC in 2012, where I would announce my interest in starting a foundation or a coalition in support of the effort to find a cure for AIDS. That's really where it began because many of the international folks had never heard my story. Remember, I only came out as the Berlin Patient on December 8, 2010, so about a year and a half earlier. Many had never even heard that someone was cured. When we did the press conference, it was off site, and about an hour before we had to double the size of the room to accommodate all of the US and other media outlets from around the world. I think that's when people began to see me as a potential leader. From there we began holding meetings and the idea of a Cure for AIDS Coalition really began to take flight.

Then from 2012 you have been searching for ideal partnerships to move this forward, is that right?

Exactly, which is how you and I met you through Dr. Shekdar of the Research Foundation to Cure AIDS.

Right, so can you tell me a little about how the search for partnerships has gone, and how you arrived at the Research Foundation to Cure AIDS?

To be truthful, as it relates to the Research Foundation to Cure AIDS, we were actually somewhat skeptical. You know, I have a pretty good bullshit meter and when looking into Dr. Shekdar's biotech called Chromocell, it was puzzling because they have done amazing work on things like developing artificial tastes, and so I wasn't too sure how this would pan out as it relates to a cure for HIV. And as you can imagine, it was quite a process to find the right kinds of organizations to partner with as it relates to our mission. It took from mid October of last year until now to gain the level of comfort that we've reached with the Research Foundation to Cure AIDS. We helped launch their organization in New York City in May of this year and we are thrilled with the opportunities of our working together. But in the end, the fact that he wants to build a coalition of both medical researchers and social scientists in the pursuit of a cure is exactly what we were looking for in a partner.

I understand that the long-term goal is to roll out a feasible cure for HIV, but what else does your organization, the Cure for AIDS Coalition, seek to accomplish in the more immediate future?

Our main goal is to foster an environment of collaboration, of working together and to stop the territoriality that we have witnessed happening over the past few years within the scientific, medical and AIDS community on the road to a cure for AIDS. Specifically, at the NIH cure meeting late last year, we officially launched the Cure Report, which is an information website and online database where people can go to if they want to learn more about AIDS cure research that is being conducted. We've listed all the HIV cure related studies by state and by country. It also acts as a discussion forum for prevention, treatment and the vaccine trials. Our overall mission is to focus on HIV cure awareness, education and support for full funding for HIV cure research. In essence we wanted to create a voice for a cure. The other thing we would like to kick off soon, is a CCR5 Delta 32 registry. Which is the genetic mutation that led to my being cured. In essence, my doctor who cured me, Dr. Gero Huetter, started the process to create a CCR5 registry it in Germany, and we would like to bring it to the United States and make it accessible to all HIV cure researchers around the world. It would also be a way for patients to participate in the process to find a cure for AIDS. Cure researchers are telling us that they are excited about our CCR5 registry idea, because accessing that kind of information has been a real barrier for some of the cure research moving forward. The other thing we would like to kick off is the first International Cure AIDS Day to help get out the word that a cure for HIV is possible and gather more support for the global effort. Those are the three main things we are working on right now. But it is just the beginning as it relates to our work under the Cure for AIDS Coalition. 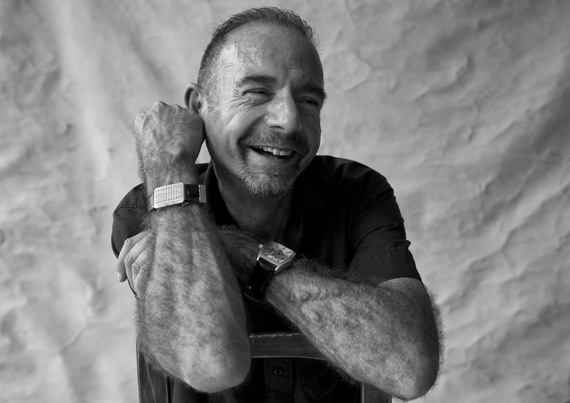