Most of us know what jet lag feels like. According to the American Sleep Association, nearly 93 percent of travelers will experience it at some point. But do you know why it's happening?

Watch the video above to learn more. And don't forget to weigh in by leaving a comment at the bottom of the page. Come on, talk nerdy to me!

Hi everyone. Je m'appele Cara Santa Maria. Can you tell that I just got back from Paris? Well, other than some amazing chocolat chaud, I also brought home a wicked case of jet lag. I've been falling asleep on the couch every night, only to wake up at 4 a.m. in all my clothes, and I can't go back to sleep. I hate it.

So, what did I do to prepare myself for the impending jet lag? Absolutely nothing.

Sen. John Kerry told Men's Journal his advice: Ambien. He also jokes that he listens to his own speeches on his iPod and he's out in seconds. And according to POLITICO, Tom Brokaw avoids jet lag by going straight to work when he lands. But that's the exact opposite of what you should do. The CDC says you should wait a day before heading to the office.

See, we all have a natural biological clock--a circadian rhythm--that syncs up with the sunrise and sunset. Humans are diurnal (that's the opposite of nocturnal), so we evolved to be awake during the day and sleep at night. Our primary clock is a brain region called the suprachiasmatic nucleus, or SCN. There are special cells in the retina, a region at the back of our eyes, that are sensitive to light. They project directly to the SCN, telling it if it's daytime or nighttime. Then the SCN signals the production of melatonin, a hormone that causes drowsiness and lowers body temperature, but only at night.

This biological clock's entrained. It's a pattern that took millions of years to evolve. As primitive humans, there was absolutely no way to quickly jolt our bodies out of their regular cycles--the sun always rose and set at predictable times. But now we can fly across time zones in a matter of hours. Our bodies simply don't know how to deal. That's why we find ourselves awake at night and tired during the day: hallmark features of jet lag.

But did you know for about 75 percent of us, jet lag is worse if we fly East instead of West? Because right now, it's later in the day across the pond. See, it's harder to force ourselves to fall asleep than it is to set an alarm and wake up early. That's what we have to do when we travel across the Pacific, because we gain time going in that direction. It's like the difference between springing forward and falling back during daylight savings.

But even traveling from coast to coast within the U.S. can be taxing. Three hours can be the difference between waking up for work at 6 a.m., and waking up at 3. Weird. And what about astronauts in space? They don't just jump time zones. Did you know that aboard the International Space Station, astronauts experience 15 sunrises and sunsets a day? No wonder there's a NASA Fatigue Management Team dedicated to finding the best way astros can beat this cosmic space lag.

So, what do we do? Are there any fail-proof ways to beat jet lag? Well, it seems like your best bet is to have a plan. If you're traveling for only a day or two, stay on your regular sleep schedule. But if you're going to be at your destination for a while, you have to force your body to adapt. Going east, a few days before you leave, go to bed earlier and wake up earlier. If you're going west, do the opposite. It really comes down to when you're exposed to sunlight. Room lights don't cut it. They aren't nearly as bright as the type of light you need to tell your brain it's daytime.

But there are some products on the market, like these fancy shmancy glasses, that claim to seriously reduce jet lag. And psychology researcher Jay Olsen offers his help: a website that calculates ideal light exposure to cut down on fatigue and sleeplessness. It factors in when you usually sleep and rise, how many time zones you're traveling across, and which direction you're flying. Hey, it can't hurt. I only wish I'd done this research before my trip.

What Is Jet Lag? Circadian Rhythm Can Explain Cause & Cure (VIDEO)
8 Things We Learned About Sleep In 2012 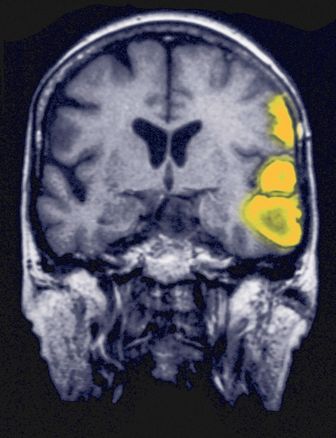 1 / 8
Not Enough Sleep Could Increase Stroke Risk
Getting <a href="https://www.huffpost.com/entry/sleep-stroke-risk_n_1586837">fewer than six hours of sleep a night was linked this year with an increased likelihood of stroke</a> -- even in people without the usual risk factors, like smoking, a lack of physical activity, or high blood pressure. This connection may be due to short sleep's impact on these other factors, like increasing blood pressure or altering hormones, Fortunately, sleep is what's called a "modifiable risk factor," meaning people can control how much they get, thereby (potentially) controlling the risk of serious health consequences.
Alamy