"Legislative redistricting reform" is not a concept that lends itself well to media campaigns, whether social or traditional.

The term itself, all 10 syllables of it, sounds daunting and off-putting. Even the nickname of the practice it aims to end, gerrymandering, is baffling to most ears.

If you believe that legislative redistricting reform is the greatest and most needed political reform in Illinois government today, as I do, you also have to face the reality that communicating your belief to the voting public is a monumental challenge.

There's no "Just Do It"-style slogan that can convey the urgency of getting politicians out of the process in which state House and Senate district boundaries are drawn. (Though if I had a say in branding the campaign, I'd propose "The Big One.")

Luckily, we live in an age when video and graphics let us explain dense and complicated ideas in ways that are easy to follow and, often, quite entertaining. That's why I'm glad the folks at CHANGE Illinois designed the animated graphic above. If you want to know what redistricting is and why reforming the process is so important, please invest two minutes of your time and click through it. 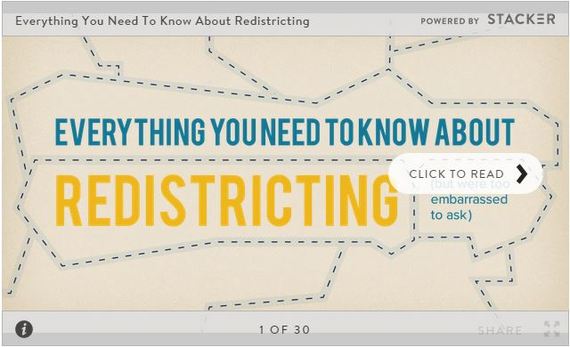 And just as the idea of using an independent commission to redraw legislative districts every 10 years in Illinois is meant to stop the misuse of power, so too is another move by the state legislature to allow police in the state to wear body cameras and increase accountability between the officers and departments and the communities they serve. Check out the whole story at Reboot Illinois.

NEXT ARTICLE: General Assembly prepares for vote on bill at center of Rauner, AFSCME feud