Why is there so much focus on the Haitian sugarcane village in the Dominican Republic known as Batey 50?

There are hundreds of bateyes (very poor Haitian sugarcane villages) surrounding La Romana in the eastern Dominican Republic. Why are there so many people from Wallingford, Conn. and surrounding towns who seems so passionate about this one village known as Batey 50? Eleven years ago, the first volunteers from the DR Mission Team ventured into Batey 50 and couldn't believe what they saw. Poverty is relative, but this was a level of poor that had not been seen before. Every "house" would not even be considered a shack; instead, families were living in virtual lean-tos made of scraps of metal and wood. The roof on most of these shacks consisted of pieces of materials or even palm leaves - either way, this provided little protection from the rain and wind. Bedding consisted of scraps of foam, often laying in the dirt and mud. There was no electricity, no running water, no toilet facilities, no school, no healthcare, and certainly no adequate food supply. To match this dire living situation, the people themselves seemed numb, lethargic, and displayed little to no joy. 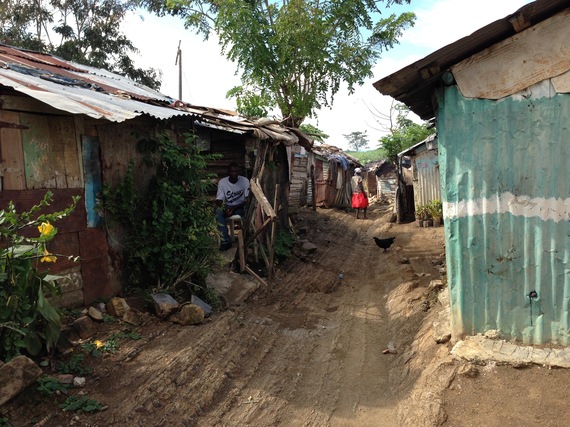 Things began to change that first year in 2005 when the Wallingford DR Mission Team started working on a church in the village, which would serve as a house of worship and also as a school, meeting place, and shelter during storms. Once completed in 2006, this was the only sturdy building in all of Batey 50. A few years later, the DR Mission Team returned to dig latrines, beginning the process toward sanitation and reasonable health standards. It was during this project that many people in Batey 50 continually asked for help with their roof issues. Some caulking and patching was done, but the shacks were of such poor quality that this effort accomplished little. The decision was made that the only way to really help this dire housing situation would be to build new homes in Batey 50, and the "Fifty for 50" project was born. A plan was made with partners at the Good Samaritan Hospital and Maranatha Mission in La Romana, DR, and the next summer, 2010, small, cinder block homes started to replace the shacks. A few other mission teams began helping with this effort, and the village started to transform. 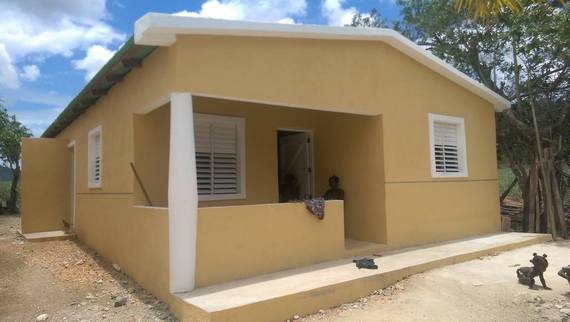 This July, we will have the honor and joy to celebrate the completion of construction in Batey 50. This celebration will take place on Saturday, July 8, 2016, when all of our DR Mission Teams will be in Batey 50, and if you are reading this story, you are invited! All shacks will have been replaced with small but sturdy cinderblock homes. A new school has been built and young students are being educated for a brighter future. A sustainable nutrition garden has been built and then doubled in size to grow food to help with severe hunger issues. This garden is irrigated by a pump system powered through solar power, and panels have also been installed on the roof of the church to bring the first electrical lighting ever to Batey 50. 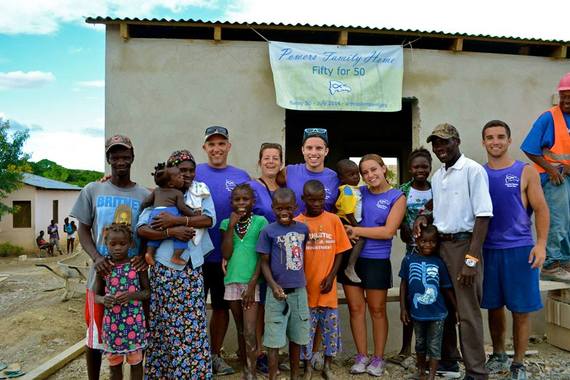 Mostly, the people of Batey 50 have experienced a transformation beyond the physical building of homes, schools, and churches. They have been revitalized spiritually, and the joy that is found in this village is palpable. They have cried out to the Lord their God and He has answered. As for the 1,000+ American volunteers who have spent time in Batey 50 over the last 11 years, the people there are not just nameless faces to be pitied and helped. They are family and friends, brothers and sisters in Christ, and those relationships are eternal.

Lastly, this village is no longer known simply as Batey 50, it has been renamed by its residents as "Batey Esperanza", or in English, "Batey Hope".

Batey Hope, and the people living there, have been transformed! To learn more, please visit drmissionteam.org/esperanza