How was your Blue Moon (July 31) experience? Lunar energy is waning now and life should feel calmer.

In the park yesterday I heard a guy and girl intensely speaking about which signs they got along with. I had to eavesdrop. He said he liked Aries and Leo and Sagittarius because they were so energetic. She said Aquarius and Libra were her favorites; Aquarius was a little too eccentric but both were artistic He began a story about an x-Scorpio girlfriend and then a Pisces love, both agreed that Scorpio was hot, powerful, but he added the Scorpio was so secretive that he never knew what was going on. She said she didn't mess with Pisces because they are too vague and dreamy. Capricorn and Taurus got into the mix with her comments that Capricorns are ambitious but too serious and Taurus is a cheapskate. He said "I am not." Oops! They continued. Gemini, he said, was a crack up but he couldn't stand the changeability. She half smiled when she mentioned her Mom, a Cancerian, so motherly but moody. And before they left the bench they moved on to discussing his new resume. She said, "Find a Virgo to help you; they are so detailed oriented and practical."

If we think of all the Star Signs as ingredients that make up our character the recipe becomes nuanced and complex. The position of the Sun sign represents the personality. The Moon position describes our emotional responses and the Ascendant (determined by the birth time) describes the face we show to the outside world. These 3 positions are the most significant in interpreting a person's chart.

The gods that ancient peoples worshiped were based on the observed characteristics of both the planets and constellations. Ancients called Venus (Aphrodite or Ishtar) the beneficent morning star which brought calm seas, peace and creativity. Mars, the Red planet, was bellicose and brought conflict. The characteristics of the largest planet,Jupiter or Zeus, the chief god, were judicial and abundance; he was called the Greater Beneficent. And Saturn, the last planet the ancients could see, ruled over time, structure, and death. Saturn is known as the Greater Malevolent. Everyone has a Saturn position and everyone has a Jupiter position. Life unfolds between the interplay of expansion and contraction described by Jupiter and Saturn plus influences from the inner and outer planets.

TMI? Pare it down to your three signposts: Sun, Moon, and Ascendant. Or ask me about your chart!
Notice the signs you click with. Then the ones that you admire but don't have much in common. And notice the signs that rub you the wrong way. They are not bad signs just people with energies that don't harmonize with your own. Astrology is an equal opportunity nonjudgmental study. It can help you know when to move forward with a relationship and when to stay clear of a deadly enemy. Civilization today has encouraged understanding and tolerance which are very necessary parts of modern life because we share an increasing crowded planet. BUT, astrology reveals a person's energies down deep. And the combinations of signs that make up a person's chart reveal essential character. Knowing your own character and that of those with whom you associate can guide your actions.

Next New Moon I will begin to write about my Astro Hero kids and how their quests typify their sun signs. You will probably notice similarities between yourself and these characters...and that is the point

And in answer to the question, "What is the best sign?" Of course the answer is YOUR SIGN. All of them. How they play well or not so well together through time forms the tendencies and chapters of your life. 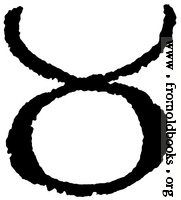