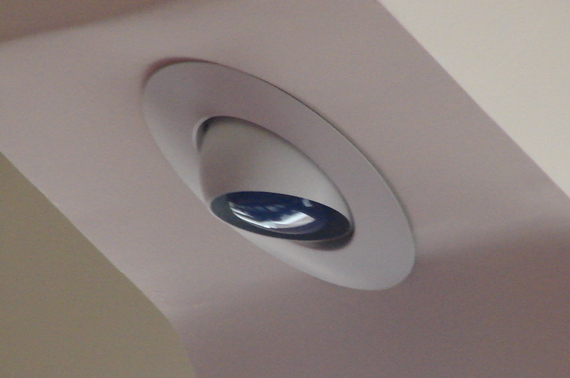 One well-known economic theory teaches that the purpose of business is maximizing profit for the shareholders. This concept was developed by economist Milton Friedman, from the Chicago School of Economics, and was published in the New York Times in 1970. The 1976 winner of the Nobel Prize for Economics became popular perhaps because his ideas had a strong appeal to the people given the difficulties of the moment. Competition was starting to become global, and it was becoming more challenging to find ways to increase profit. "The idea of focusing totally on making money, and forgetting about any concerns for employees, customers or society seemed worth exploring", observes author Steve Denning.

He notes that certain politicians in the 1980s, notably Ronald Reagan and Margaret Thatcher in the UK, supported Friedman's thinking which centered on the notion that one could find the solution to many problems in free markets by focusing on "making money". As the line went in the 1987 movie Wall Street, greed was good.

Although the poster child of the decade's success, Jack Welch, himself changed his mind two decades later-- stating that "shareholder value is the dumbest idea in the world", because it should be a result, not a goal, and short-term profits should go together with long-term value - we still hear and read these days about myopic corporations that seem to be guided solely by 'the bottom line'.

But much has happened over the past couple of decades that has made visible the cost of this model. Focusing on the bottom line as the ultimate priority has had an impact on raising unemployment, social crises, environmental challenges, health impacts, to name a few.

The Corporate Social Responsibility movement (CSR) owes its momentum, at least partially, to society's response to some of these undesirable consequences. In the mid-1990s, John Elkington proposed a new accounting framework for measuring results--the 'triple bottom line'. Going beyond the traditional focus on profits, shareholder value and return on investment, this model included environmental and social aspects. It became also known as "People, Planet, Profit".

This revolutionary concept has still to be accepted by many business people, but not by those people strolling down the aisles of the supermarket. When you select a product, do you prefer a company that maximizes profit or one that cares for the waste it generates, for the water it uses, for the CO2 emissions, for the GMOs or untested chemicals it uses -- and which you will put into your body? You may be just looking at the price - how much does the product cost, and which one costs less. But what if you were provided, at the shelf, a fuller understanding of the history and provenance of this product? What if you were informed about how the producer treats its employees; if they are paid fair wages or are being exploited; if the manufacturer employs people from your country, contributing jobs to your local neighborhood, or from some distant--cheaper-- labor market; if the company buys palm oil from plantations that replaced precious rainforest; if the meat or fish comes from an overcrowded industrial farming system, where antibiotics are consistently utilized in their growth?

Is it that our values shift, depending on whether we are at our desk trying to maximize profit, or if we are out shopping, being a consumer? Actually it may be not so much a shift, but a disconnect, arising from the fact that we don't generally pause to think of the composition or origin of a product, who worked to get it there, what conditions the employees endured, if land, rainforest, water or animals were abused in the process. That information is not obvious at the point of sale.

But things are changing rapidly. We should welcome this Age of Transparency, which is shedding light on how business is being conducted and decisions are made. Power is now at the fingertips of even the formerly unempowered. A tweet of a teenager gone viral is sufficient to wreak havoc in the PR department or the Legal department and even up to the executive board. Yes, with a phone in our pocket we all are journalists, we all are movie producers with an available screen.

People Planet Profit... We realized that if we wanted to sustain a business, we needed to count on a secure flow of raw materials. Droughts disrupted the flow for Coca-Cola as they had problems sourcing the water for their beverages, and Nike is looking for synthetic materials that are less weather dependent than cotton. For others, the headache came in the form of a flooding that impacted facilities or transportation, and increased insurance costs. It is not even a matter of what we believe is the cause of weather- related factors: manmade or nature made? Just dealing with the facts is the new reality. I think we're starting to connect the dots. People, planet and profit are intimately connected, and paying attention to each dimension not only is 'good', but is a necessity for sustainability.

Actually, I think we're ready for a new framework: People, Planet, Life. But that's for another post.