I have personally been trying to wrap my head around this sudden raging wake-up call regarding the tragedy of chemical weapons having killed innocent people, not just on behalf of the U.S. administration and its European allies, but on behalf of the media and the entire world as well. The fact that we soberly believe that other types of weapons that kill people do not necessitate the outrage of chemical weapons is just another pointer to the mediocrity of the world we live in. They say "it's a red line", but it's a red line for selectively-conscious people who hide behind the mask of being pragmatic and "realistic."

If chemical weapons is a red line for Obama, that's because he's got a political agenda and he's at the head of the dirtiest game that is international politics that has been set by manipulative predecessors, but what is your agenda, you as a human being? What is your goddamn agenda? The red line should be weapons used against any people everywhere. The red line should be war. That is the real red line. And that should be the red line for every person who has the decency of calling themselves a human being. 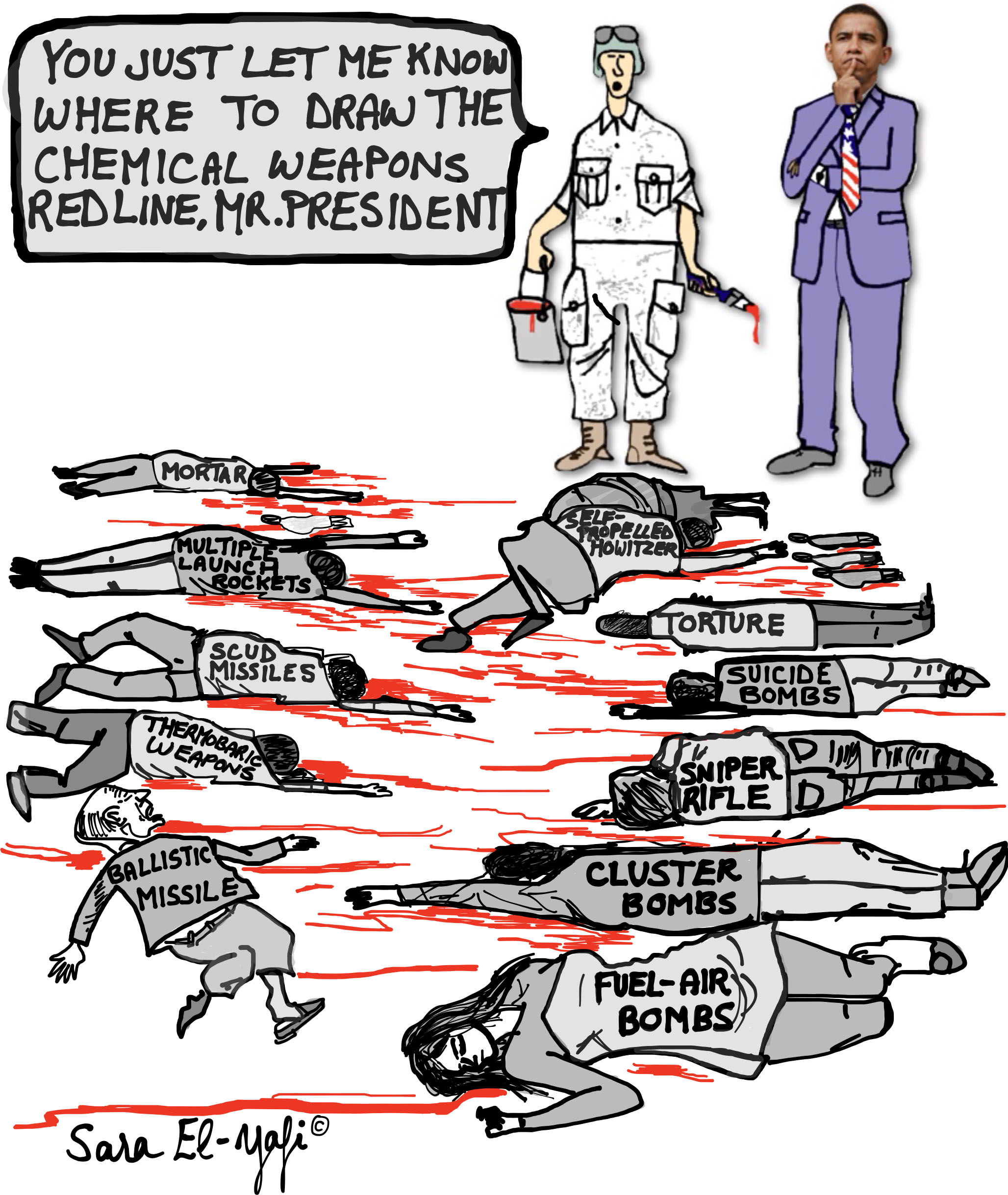