Why do living things die?: originally appeared on Quora: The best answer to any question. Ask a question, get a great answer. Learn from experts and access insider knowledge. You can follow Quora on Twitter, Facebook, and Google+. 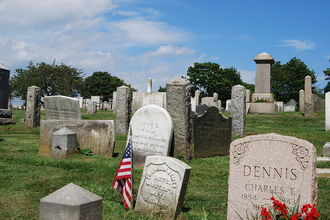 It's not that living things die; it's that multicellular organisms die. But why?

Every single-celled organism alive today has been in existence since life began over 3 billion years ago. This is because individual cells do not give birth, they divide. After cell division, the two cells that result are each as old as the single cell that preceded them. The cell does not become younger by dividing. (Although this may not be exactly true, see: [1])

Thus every cell in your body is over 3 billion years old.

The strategy that multicellular organisms such as humans use to project themselves into the future is to create new cell colonies from a single undifferentiated cell rather than maintaining existing colonies indefinitely. The main reason is that reproduction is more flexible and robust than maintenance, and it provides a way of starting over with a "clean slate" and slightly different genes. Complex organisms accumulate billions of errors and problems over their lifetime. Most of these errors are fixed as fast as they happen, but life takes a toll and not all problems are reversible. Just as reinstalling Microsoft Windows every so often fixes accumulated system issues, so does generating a new organism every so often from a single cell.

Given that biology has selected this strategy, evolution has optimized for producing the most successful offspring. Once the individual has reproduced, its only evolutionary role is to support the success of its offspring. Aging longer is just not something evolution has had a reason to optimize. And in fact given limited environmental resources, the offspring often do better if the older generation doesn't stay around forever competing with younger generations for scarce resources.

In terms of what happens physiologically, there are two main contributors to aging.

The first is the accumulation of biological defects. Viruses and disease take a toll even after healing; UV rays slowly but inevitably damage DNA; and proteins, cell structure, and the neurons which hold memories all degrade over time due to thermodynamic molecular disruptions and invasions by other species.

The second is the aging process itself. The organism develops to maturity and ages in stages according to a genetically determined life plan. Muscles atrophy, bones brittle, and metabolism changes. But the life plan has never run more than 80 years until recently, and evolution only ever optimized the first 40 years or so. So humans are in new territory that is poorly understood, and which evolution has never had a reason to fine tune.

It may be possible to slow or stop some of the genetically determined aging processes. While this may not be good for an overpopulated planet, it is sure to be popular with those that can afford the medical intervention. Let's just hope the social security system holds out!

[1] There is evidence that even in "symmetric" cell division, one child cell may be slightly "younger" (less prone to death) than the other. See: Stewert EJ, et al (2005). Aging and death in an organism that reproduces by morphologically symmetric division. PLoS Biology.