It is interesting just how long some TV shows took before "classic" attributes of the show actually first showed up. For instance, the Sheldon Cooper of the first episode of The Big Bang Theory is different in a lot of ways than the character he would eventually become (and that's not even counting the dramatic differences between Sheldon and the sex-crazed version of the character from the original The Big Bang Theory pilot episode, which we've detailed in a past TV Legends Revealed). For instance, Sheldon's distinctive door knock and the accompanying "Penny. Penny. Penny." did not come about until the tenth episode of the series. Amazingly enough, Sheldon did not actually use the term "bazinga" (sometimes spelled "buzzinga" in the closed captioning for the show), which he uses to denote that whatever he said before it was meant to be a joke, until the season finale of the second season of the series! It has become wildly popular ever since. 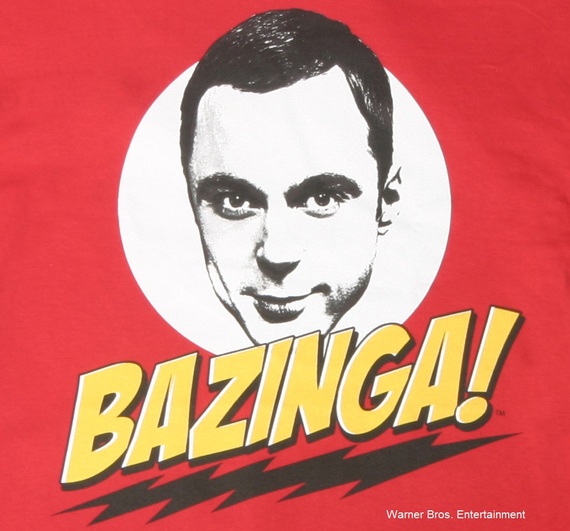 The origins of the term, though, are interesting in their own right. How did it work its way into the show? Did the show actually create the term (which it has been often credited as doing)? Read on to find out!

The term first showed up in the writers room at The Big Bang Theory. It was the catch phrase of writer Stephen Engel, who would use it whenever he played a prank on a fellow writer. The Big Bang Theory co-creator Bill Prady recalled a time that Engel gave him a grapefruit but when Prady went to eat it, it turned out to be hollowed out and carefully put back together. Engel then said, "Bazinga!"

In the opening of the season 2 finale, "The Monopolar Expedition," Leonard (Johnny Galecki) is working on a problem on the whiteboard when Sheldon (Jim Parsons) tells him that he has made a mistake. Leonard looks for the mistake but can't find it. Sheldon then tells him, "You actually had it right in the first place. Once again, you've fallen for one of my classic pranks. Bazinga!" 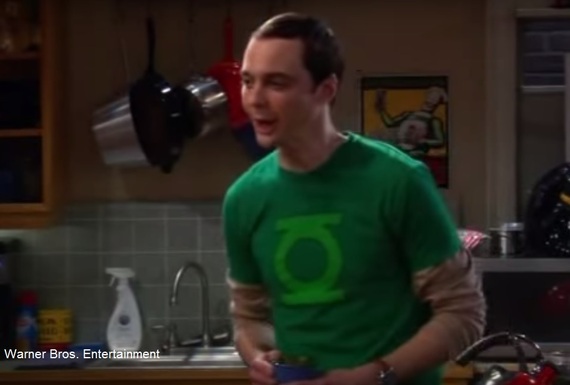 This happens two more times in the episode. Once when Sheldon tells Leonard that Penny (Kaley Cuoco) doesn't want Leonard to go on a work trip because she wants to be his girlfriend and then lastly, when the group is in the Arctic, when it appears as though Leonard has forgotten some rice.

As it turns out, though, the word wasn't initially in the script. Sheldon just told him it was a prank period. Parsons later recalled:

I remember it wasn't in a script. It was one of those moments where we'd work on a scene and then you'd go and take notes from the producers and writers. If I'm correct, it was inserted right before a taping basically. It was like "That would work in here. What if he said 'bazinga' after that?'"

And obviously they liked it a lot, because they used it the other two times in the episode. And so a catch phrase was born!

However, did Engel/the show COIN the term?

It doesn't appear so, no. The term likely has been around for many years, just as a variation of the popular word "zing" which people use to denote a "gotcha" moment (often a prank, but not necessarily).

As far as I can tell, it first appeared on screen in a 2000 episode of The X-Files, in the famous "Hollywood A.D." episode, which was written and directed by The X-Files star David Duchovny. It was a comedic episode where a studio makes a movie based on Agents Mulder and Scully (with the actors playing Mulder and Scully being Duchovy's good friend Garry Shandling and Duchovy's then-wife, Tea Leoni). In any event, at one point in the episode, Scully investigates the so-called "Lazarus Bowl," a bowl that supposedly has the voice of Jesus Christ recorded in the grooves of it. Scully takes the relic to a sound engineer named Chuck Burks, and they listen and, sure enough, they hear voices in Aramaic. When Burks discovers the noise, he says "Bazinga." 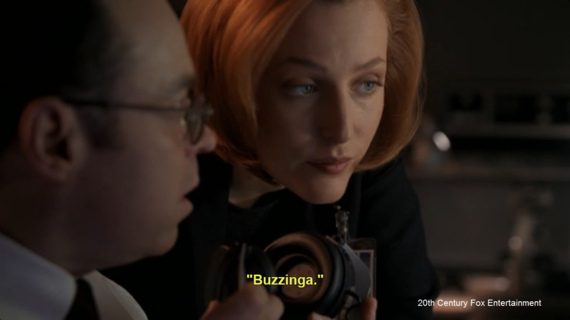 In a 2001 episode of Family Guy, Stewie Griffin plays some pranks and punctuates them with "Bazing!"

So the term definitely predated The Big Bang Theory, but it's clear that Sheldon's usage has made the word famous. Interestingly enough, the show has been pulling back the usage of the term in recent years. It has not been used the last three seasons of the series.

So as to whether the show actually coined the term, the legend is...

Thanks to Emile Rome, Brian Balthazar, Jim Parsons, Bill Prady and The Big Bang Theory Fansite for the information!