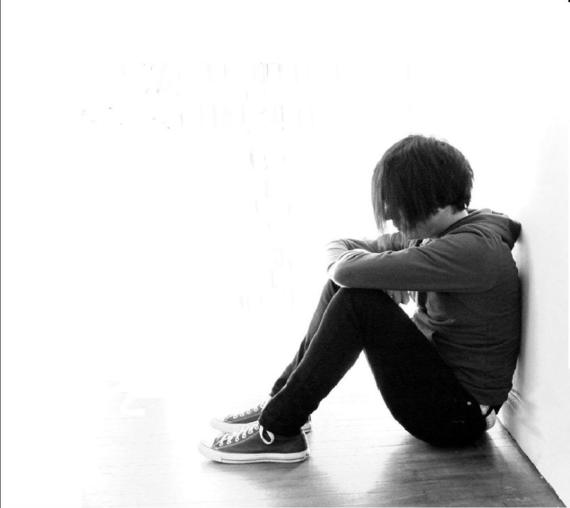 If you didn't know what transgender meant before, chances are you've at least seen the topic making headlines in the past few weeks. Celebrities, politicians, and everyone in between have begun voicing their opinions on North Carolina's controversial law, House Bill 2, or HB2, which has become known as "the bathroom bill." Signed into law by Gov. Pat McCrory on March 23, the bill has received both a powerful backlash-with musicians like Bruce Springsteen, Nick Jonas, and Demi Lovato canceling tour dates in the state -- and an outpouring of support.

Proponents of HB2, which asserts that people must choose which public restroom to use based on their gender assigned at birth, paint a vicious campaign of transgender individuals as scheming, voyeuristic pedophiles that endanger the safety and wellbeing of women and children.

With tension rising and information being hurled into the conversation from all angles, there is one critical element being overlooked: the safety and wellbeing of transgender children.

What Is a Transgender Child?

"The difference between sex and gender is this: Sex is a biological fact, gender is a social construction," says Kevin Jennings, educational specialist and Executive Director of social justice and conservation foundation Arcus. Transgender identification is the realization by an individual-even as young as two years old -- that their gender, or the identity they want to present themselves as, does not match their anatomy.

"Transgender is kind of an umbrella term that really describes a person who has an internal gender identity that is different than the one they were assigned at birth," explains Johanna Olson, MD., a pediatrician in the Division of Adolescent Medicine at Children's Hospital Los Angeles.

Another category under this umbrella term is gender nonconforming, which Olson says can be used to describe children who are "not necessarily transgender" but who are "behaving or expressing their gender in a way that would be unexpected based on their genital anatomy." In other words, this could be a boy-bodied person who prefers toys and activities often associated with girl-bodied children, such as dolls and playing with makeup, but who may not identify as a girl. Instead, the child may just have interests that don't align with the current cultural expectations.

Since the media coverage of HB2, few outlets have reported on how this push for discrimination might affect children or teens who identify as transgender.

Developmental and clinical psychologist Diane Ehrensaft, PhD., notes that transgender youth often struggle during the onset of puberty, where unwelcome physical changes can provoke feelings of entrapment in a gender that just doesn't feel right. Now imagine feeling bullied by the government, on top of mother nature.

Ehrensaft, the Director of Mental Health of the Child and Adolescent Gender Center in San Francisco, cites transphobia as one of the biggest issues facing adolescents that don't identify with their assigned gender.

"It is not an easy world for transgender youth once they hit middle school and high school. The level of bullying and harassment goes up remarkably," says Ehrensaft. "In its most unfortunate circumstances we read about children taking their own lives or [becoming victims of violent crimes] purely because of their gender presentation."

Here are some alarming statistics from the Youth Suicide Prevention Program & National Center of Transgender Equality:

• Over 50% transgender children will attempt suicide at least once by age 20.
• Over 30% of LGBTQ children report at least one suicide attempt within the last year

Adults and children that do not consider themselves transgender are still a major part of the equation. Talking to your child about the facts on transgender and LGBT identities promotes cultural awareness while limiting the likeliness of bullying. Explain that gender identity is something a person is born with, that sometimes does not line up perfectly with a person's physical appearance.

"It's an immutable characteristic in part of your core being and your gender identity is not a choice," Olson explains. Just as you and your child wake up each day and feel a desire to identify and perform a certain gender, you could've just as easily and just as genuinely been born feeling like a different gender.

It comes down to acceptance, education and understanding. To know the origin of gender formation is to understand the lack of input the person had in terms of how they identify their gender. Making fun of a child for coming out as transgender, or any of the identities under the LGBT umbrella, is as nonsensical as ridiculing a child for their height or hair color.

"When [transgender youth] are allowed to transition and given support to affirm their gender...they match the mental health of the average teen who is also allowed just to be themselves," says Ehrensaft.

For more on Transgender education, advocacy, and resources:

If you are a parent of a transgender child, check out what the top experts have to say on the best ways to parent your child at kidsinthehouse.com.

About Kids in the House

Kids in the House is the ultimate parenting resource. With a searchable database of over 9,000 parenting videos, parents can easily access solutions to the full range of parenting challenges that occur between pregnancy and college.

Learn from over 500 top experts, including doctors, educators, professional athletes, business leaders, celebrities, best-selling authors and parents like you!

Kids in the House, Contributor

The ultimate parenting resource from pregnancy to college