The test of a first-rate intelligence is the ability to hold two opposed ideas in mind at the same time and still retain the ability to function. ~ F. Scott Fitzgerald 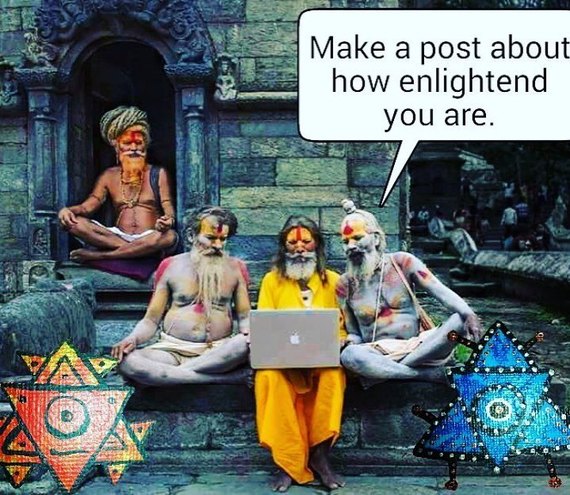 It is heartwarming that over 8,200 people LIKE-d Martha Nussbaum's eulogy of Hilary Putnam in the Huffington Post last week.  I read his work almost thirty years ago both as an undergraduate and graduate student but lost track of him in recent years.

Thanks to the Internet I am continuously humbled to be able to further my studies with great thinkers such as Slavoj Žižek, Paul H. Fry, Adele Van Reeth, Noam Chomsky, and His Holiness the Dalai Lama.

For whatever reason, my private psychotherapy practice as well as my Esalen classes have attracted a disproportionate number of "severely gifted" individuals - people whose IQs tower over mine (probably not that difficult a feat - just ask any of my ex-girlfriends).

Here are ten qualities that I have noticed about people who most of us would consider to possess genius level IQs:

1. They are relentlessly curious.

2. They realize that all knowledge is culturally contingent and thus ephemeral (paradigms shift every generation claimed Thomas Kuhn).

3. They know that knowledge does not equal wisdom.

4. They are constantly looking for new ways to envision phenomena.

5. They seek the most accurate ways to express themselves, to map the territory.

6. They readily admit to be standing intellectually on the shoulders of giants.

7. They understand that compassion and respect for all living things including the earth is a safe bet.

8. They are aware that gaining fresh insights is relatively rare and most often accomplished by rampant trial and error, by making more mistakes, more "failures."

9. They comprehend that anything literally can be deconstructed; hence, it is braver to construct, create, initiate and choose to be life-affirming.

10. They search for new ways to surf the paradoxes of existence and consciousness; examples of such paradoxes include the fact that language is a cage but it is possible to push the bars farther apart by creating new artworks, music, words, word combinations, plays, films, etc.; our existence may be analogous to grains of sand in the hourglass of time yet we can still make meaningful differences in other people's lives and in the world; that human consciousness is a gift and this makes it particularly horrifying to witness how many atrocities humans consciously commit every day; that politics and the political theater are absurd but that does not give one the right to be indifferent; that there are always other perspectives - dogmatism originates from insecurity and fear.

Another thing I have noticed is that the scope and breadth of extremely intelligent and learned people often transcends labels, genres and disciplines. Foucault was an anthropologist but his ken encompassed philosophy, literary theory, art history, psychology, sociology and many other disciplines. The same can be said of Žižek, Frederic Jameson, and other great post-modern thinkers (c.f. "Professors of the Humanities").

Ironically, I have found most people who I consider to be of first-rate intelligence to be quite humorous, e.g. Robert Reich, Esther Perel; on the other hand I have found that most of the sociologically and psychologically astute and insightful comedians - Chris Rock, Greg Proops, Marc Maron, George Carlin, Jim Jeffries - are not the happiest of people.

Every person mentioned above has enabled me to see, hear and think things that I had not seen, heard or thought previously. And I would be remiss if I failed to add into the mix Charlie Christian, Jimi Hendrix, John Coltrane, Miles Davis and all of the other musicians I have ever listened to.

My favorite quote regarding human beings is Marshall McLuhan's "I don't know who discovered water but I doubt it was a fish." Nietzsche beckoned, "New ears for new music. New eyes for what is most distant. A new conscience for truths that have hitherto remained unheard." Einstein too was searching for new levels of consciousness (as was Ram Dass and Timothy Leary albeit by alternative means).

As a psychotherapist and teacher of the science of happiness, it confounds me how little insight humans have into our own way of being in the world - the way we speak, wear our bodies, walk, sit, move our eyes, chew our food, shower, choose our words, etc. And geniuses are no exception, which is why many of them end up being their own worst enemies. It must be extremely frustrating for them to live in a society that prizes the superficial, that places greater value on Instagram than on intellect. As I have written before, most agents and publishers today would ask James Joyce what his social media numbers were before they published "Ulysses."

The only solace I can offer my severely gifted clients and students is to try on Elizabeth Gilbert's elegiac and poetic rethinking of "genius" as muse that she proposes in her genius TEDtalk on genius.