I stepped off the plane with my carry on for the weekend in tow, and started the walk to the train station. My eyes were on the ground as I walked, when I abruptly came to a stop at a pair of heavy black boots. Looking up, I saw a pair of strong legs adorned in camouflage and a young chiseled face. In his arms he cradled a large, intimidating, assault rifle, with his hand resting near the trigger. I sidestepped carefully, giving him some distance. Which I knew was silly, but it was almost a reflexive action.

On my journey through the Paris metro, I met many a similar figure. Some accompanied by large dogs that looked as if they could have my throat out before the command was completed to do so. I wondered if it really was safe to be here, as their presence was a reminder that something tragic and scary recently happened.

When I first sat down to write this post on how travel in Europe had changed, I had just returned from visiting Paris a few months after the November 2015 attack. Before it was finished, another string of terrifying attacks in Brussels and Turkey occurred. Articles began to surface discussing whether or not it was safe to travel in Europe, and governments began issuing travel advisory warnings. Travel in Europe seemed chaotic and scary. I, like many travelers have found myself questioning the safety of travel in Europe in the current climate. I chose to continue traveling, despite everything, and want to share my findings on the current state of traveling in Europe.

Seeing heavily armed military and police personnel is much more common in recent months, especially at transport hubs and popular tourist destinations. Their presence provides some comfort but is also a reminder of the potential threat. There were times throughout my recent travels to France, Germany, Austria and Spain that they would catch me off guard. On a sleepy Sunday morning walk to Parisian café for breakfast, I came across a heavily guarded building in an obscure part of Paris. My mind naturally raced, thinking of all the possible threats in that building. While jarring at first, I've now grown accustom to the presence of looming military personnel and remind myself they are around for my safety. That they are a testament to the importance of the safety of citizens and tourists. 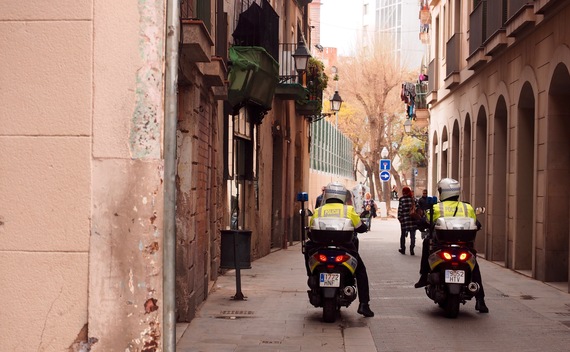 The number of tourists visiting Europe declined after the Paris attacks, and are dropping again with the events in Brussels and Turkey. As I entered some of the world's most popular tourist attractions, I found the crowds in the area surprisingly smaller than I expected. On a normal Saturday afternoon, the line for the Louvre should wrap around the courtyard, but while the barriers were in place to deal with a crowd, the line itself was barely out of the glass pyramid.

On the other hand, a deceptively small line for the Arc De Triomphe ended up taking an exceedingly long time to clear. It wasn't until I was put through a metal detector, a bag search and a thorough ID check did I realize why. Most major tourist destinations have security in place, but since the attacks this practice has increased. The security guards were pleasant, but very thorough in their checks, leading to the long waits. While the numbers of people traveling Europe are smaller, the enhanced security may make your wait time longer. Do yourself and everyone else a favor and carry your ID on you during trips to the tourist attractions, don't carry an oversize bag, as you may not be allowed to enter with it, and be accommodating of the security guards' requests. 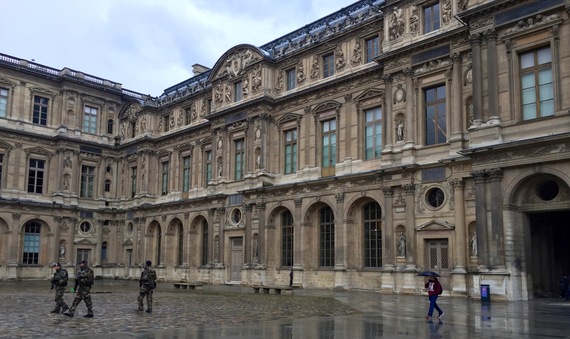 With the migrant crisis and terrorist attacks affecting Europe, some countries have re-implemented border controls, including areas around Belgium, Germany, Austria, Denmark and Sweden. Some are speculating that if these controls continue to be approved it will eventually lead to overall closure of borders throughout Europe. I think those speculations are far fetched, but with some of these tighter border controls in effect until middle of April and May, it is good to research your route and what is happening at the border.

I have had several incidents recently where my passport was checked, at random, during border crossings within the Schengen area. Most of these checks have occurred at random, on trains or busses between Germany and Austria. I also witnessed several individuals escorted off at borders by Austrian or German police officers for not having the proper identification. Most travelers carry their passport on them, but for someone like me, living in Europe, I don't always think to take it on the bus or train when I travel to a nearby country. Lately, I have been making a point to take it everywhere. Be prepared when crossing bordering in Europe, especially if your plans include some of the border with temporary control in effect..

Europe is currently experiencing some turbulent and scary times. While many of us can simply choose not to travel to these countries, the people living there still get up every morning, get on the metro and carry on with their daily lives. The overall attitude of the locals appears to be friendly and open. When walking through the streets of Barcelona, just days after the Brussels attacks, there were signs everywhere saying, "Refugees Welcome." During my weekend in Paris, I was greeted with smiles and big welcomes everywhere I went. Europeans are thankful to have us visiting, and I felt that many locals went out of their way to prove that to me. 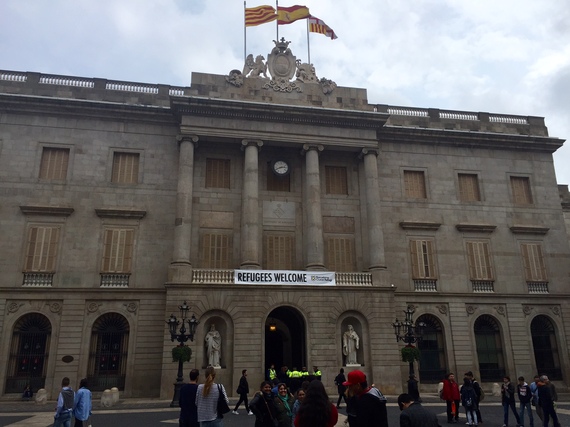 After hearing about the terrorist attacks, I was shaken and a little worried about travel, not only for my safety, but I assumed that the hassle of travel within Europe may be too chaotic. I was picturing the U.S. post 9/11 when airport security dramatically increased. However,y last few trips around Europe have shown that while there is definitely an increased security presence, both the security forces and the locals are friendly and welcoming. I never once felt unsafe while I was traveling. So, if you're heading to Europe any time soon, be smart and prepared, but don't let fear stop you from doing what you love.

Action and adventure traveler with robot ears. She hits pause for a glass of scotch and a classic video games