I don't know why fashion editors are less revered as artists than their sister purveyors of creative expression; the painter, the sculptor or even the musician. Perhaps it is because fashion is often mixed in with having to woo consumers and please advertisers, but most conventional art is too, if not more so, now driven by the need to create in order to sell to the highest bidder.

In the broad spectrum of fashion however, just as within art, there lay the storytellers; those who are not spurred by consumerism, but by the desire to produce signature works and visually stimulating creations that tell a story or comment broadly on issues and trends within society.

I had the honor of working with Vogue Australia on cover shoots as a Freelance Fashion Assistant this Fall. I assisted renowned Fashion Editor, Christine Centenera who in her creative process further convinced me that editors deserve more mainstream respect and attention.

She arrived to New York from Australia late in the evening with her assistant, Petta Chua, from what must have been an entire day of travel. We had been preparing and receiving garments well before Christine's arrival that was to feature actress and cover star, Margot Robbie.

Christine and her assistant walked into the room with a commanding presence and immediately began analyzing the racks we had carefully merchandised. With expert surgical precision, from the perhaps 400+ options that had arrived to us from various designers and PR agencies, the team lead by Christine, scrutinized and edited the wardrobe down to just the few looks that actually made it into the magazine.

It was in this process of editing I took the fashion editor for the true form that she is; an artist. Christine approached the rails of clothing and whether from a brainstorm, her vast prior experience or from being inherently blessed to forecast perfect pairings, she strung together looks with an ease to which a sculptor, cued by his imagination, molds a figure into existence.

From having worked as a Fashion Editor at Harper's Bazaar, as a style consultant to Kanye West and now as The Fashion Director at Vogue Australia, there is something to be said about her career experience. In her precision and as she moved between the clothes, however she embraced an inherent fluidity and an elevated wisdom like when an illustrator takes to his canvas to sketch a scene. And on set the next day, through the bustle of hair and makeup artists, the photographer and production assistants in between, she orchestrated shot after shot of Margot wearing devised looks, carefully composed like a violinist to a complex musical number.

Fashion glossies month after month display fine selections of creative works by fashion editors. Perhaps the next time you are flipping through, you will take a second to view the work and wonder the implications, like you would ponder a painting and credit it's maker. 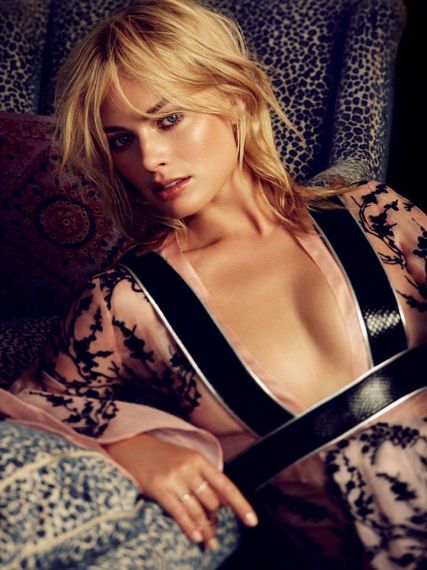 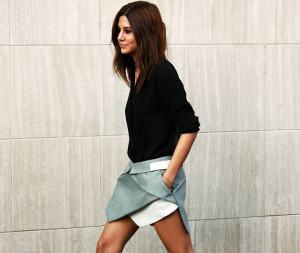