While all his friends were settling down and mulling marriage, Dillon Meighan was getting a divorce.

"The process was finalized when I was 21," Meighan, who turns 23 in July, told The Huffington Post. "I try to take it in stride by reminding myself that I'm better off single than miserable in a relationship."

Below, he tells us more about the experience of divorce in your early twenties.

At age 21, I became a divorcé. My now ex-wife and I had eloped when I was just 18. Not long after, we decided to separate, mostly because our religious beliefs had become so different over time. We realized it would lead to conflict if we had children -- and people on both sides of our families hinted that it was best for us, too. 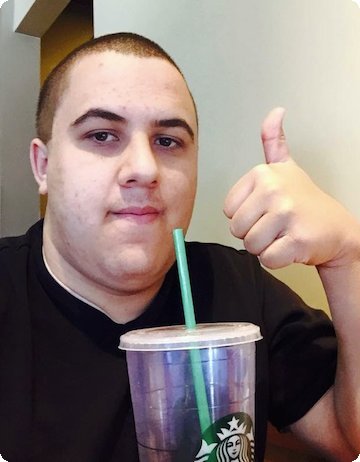 Since we didn't have children and we each had our own bank accounts and assets, the divorce process itself was pretty simple. It was just a matter of signing the paperwork. Going through divorce taught me that you really need to get to know a person before you say “I do." I never really had the chance to truly get to know my ex so we didn't form a strong bond and relationship like we should have.

Unsurprisingly, when you tell people you're divorced in your early twenties, they tend to be surprised, even stunned. “You were married!? Why did you do that?" some say. On occasion, people will tell me, "Hey, whatever happened, happened. You took lessons away from it, now move on.'"

In a sense, divorce at this age is liberating. Now that I'm older, I can reflect back on the end of the marriage and take the lessons I learned to build a stronger foundation for my next relationship. At the same time, it feels awkward and lonely -- especially with everyone around me is happy in relationships and starting families. You have to take it all in stride.

I want other people who are relatively young and going through a divorce to know that the experience will be emotional and nerve-wracking at first -- after all, you are losing your life partner. The one thing to keep in mind is that the eventual divorce will be a good thing for the both of you because it will allow for fresh starts and new beginnings. Know that the circumstances surrounding your divorce can affect you emotionally and mentally for quite some time and it may make you hesitant about forming a new relationship. All that said, don’t give up in looking for someone new. That person is out there for you -- heck, maybe they'll be a divorcé, too. In the meantime, focus on career goals, work, and education and the person you're meant to be with might just show up when you least expect it. Keep your chin up.