The Johnny Manziel party-rock roadshow hit Los Angeles this month. He's causing quite a fracas wherever he goes, but the latest victim is Nicholas Goodwin, the owner the beautiful-looking West Hollywood home viewable above.

The property is now slightly less beautiful, as Manziel and Co. allegedly damaged the property to the tune of $19,580 over a two-day rental period, as Goodwin explained in detail to Page Six on Friday. Suffice it to say, he's not happy with how Manziel treated his business and his home earlier this April.

According to a demand letter obtained by The Huffington Post from Goodwin's lawyer, Manziel used an alias on April 4 to rent the house for $2,400 per night for two days via Goodwin's rental company, LA Exotic Life.

But Manziel wasn't upfront about who he was. Goodwin told HuffPost that Manziel and his friend Ryan Silverstein (better known as OVO Ryan, one of Drake's friends) contacted him late at night claiming to be a man named "Travis," even going so far as to send Goodwin a picture of the purported Travis that wasn't either of them.

As Goodwin said, the alias was necessary to secure the rental because "nobody would be willing to rent to Johnny Manziel given his reputation."

Goodwin dealt with Travis "directly," and was told that only three people would be staying in the home. If Travis wanted to have people over, Goodwin told him that it'd cost an additional $5,000 per night for a maximum of 15 guests. Well, three people turned into a whole lot more, as two consecutive all-night ragers occurred. Surveillance footage captured an estimated 40 to 70 people partying with Manziel.

"It was a late-night check-in, and they deceived me. None of my houses are there for partying. I was deceived," Goodwin said.

On the last night of Manziel's binge, comedian Kathy Griffin, a neighbor to the rental home, called Los Angeles police to complain about the noise coming from Manziel's party. When Goodwin arrived at the house on April 6 to ensure his noon guest checkout rule was abided by, he found Manziel "seemingly incapacitated" on a couch at 2 p.m.

Photos obtained by Page Six show the "Hangover"-like aftermath of the two-day party. Alcohol bottles were littered across surfaces, mushroom remnants were left on a table, and entire lines of what appears to be cocaine can be seen on one glass table.

The few photos of the home, however, show a very limited scope of the damage that Manziel and his friends caused.

“They destroyed this place. The photos don’t do it justice. My assistant was taking the pictures with Manziel still around, and she was afraid -- he's a strong NFL player, after all," said Goodwin.

Goodwin claims that, at the time, Manziel didn't take the damages very seriously and thought he could just brush it off. The amount that he's now liable for, however, isn't an amount that one can take lightly. Goodwin's demand letter asks for $31,580 in damages to be paid within 10 days, or else he'll sue for that amount plus $1,500 in lost revenue for every night that it takes to repair his property.

These parties follow a string of erratic behavior from Manziel since he arrived in Los Angeles this month. Last Saturday night, Manziel was reportedly the passenger in a car wreck caused by Silverstein. He totaled his Mercedes-Benz S550 and then fled the scene on foot with Manziel, only to be picked up by Cleveland Browns wide receiver Josh Gordon, who's still indefinitely suspended by the NFL for repeated failed drug tests involving marijuana and alcohol.

On Thursday, Manziel's agent, Drew Rosenhaus, terminated his contract with his client -- the first time he's done so in 27 years in the business -- because Manziel reportedly refused to receive rehab treatment. Manziel's previous agent fired him in February after Paul Manziel, Johnny's father, tried and failed twice to get his son to go to rehab after Manziel allegedly, while under the influence, beat his ex-girlfriend and threatened to commit suicide in January 2015.

"I truly believe if they can't get him help, he won't live to see his 24th birthday," Paul Manziel told The Dallas Morning News.

While Goodwin is upset at the condition of his rental home post-Manziel, he echoed a sentiment that Rosenhaus, Manziel's family and many others have expressed regarding the former Heisman Trophy winner and first-round pick.

“I hope he gets the help he needs." 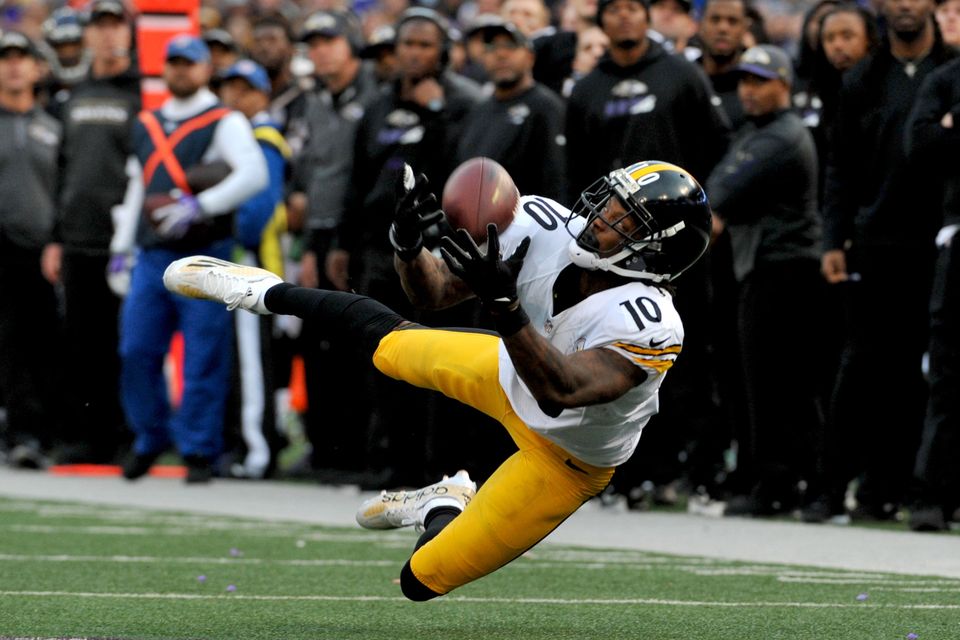