"When My Parents Split Up" is a HuffPost series that explores what it's like to have your parents divorce at all ages, from infancy to adulthood. Want to share your experience as a child of divorce? Email us at divorce@huffingtonpost.com.

Brooklyn-based writer Toria Sheffield was only 4 when her parents split up in the early '90s. Though she's not entirely sure how they broached the subject, she's certain their decision to divorce was ultimately for the best.

Below, Sheffield, a writer who runs a lifestyle parody blog called facematters, tells us more about growing up with divorced parents.

Breaking The News:
"My memory is all a little hazy now. In my mind, no one sat me down and told me exactly what was happening. Things just sort of happened and my little 4-year-old self accepted events as they came. I remember my dad leaving with a suitcase and I remember him coming back a different day to show us the house where my sister and I would now go when we saw him. I remember feeling a little confused at first, but there was also definitely a sense of, 'Well…OK, I guess!' Four-year-olds are generally pretty malleable like that. My older sister, who is four years older than me probably has a totally different perspective on it."

The Custody Arrangement:
"My parents had joint custody of us which in practice meant mom’s house Monday through Thursday and dad’s house Friday and Saturday nights. Since I was so young when the arrangements were made I honestly don’t really remember life being any other way. The mom’s house/dad’s house thing was as normal to me as I’m sure having both parents under one roof was to other kids."

The First Few Years:
"I think in some ways, my parents divorcing when I was so young was the best possible way it could have happened. There was no real sense on my part of change or loss. The world made sense because at that age whatever happens around you is normal and just the way things are supposed to be. If a friend at school had told me about their parents living together, I probably would have just thought, 'Weird. I wonder how that works.'"

The Impact:
"I think growing up without parents who are married and never really knowing them as married has just made me way less concerned with being married myself. I like being in love and I like the idea of having a committed partner, but my happiness and sense of self definitely aren't dependent on it. Needless to say, I was never too broken up about being from a 'broken' home." 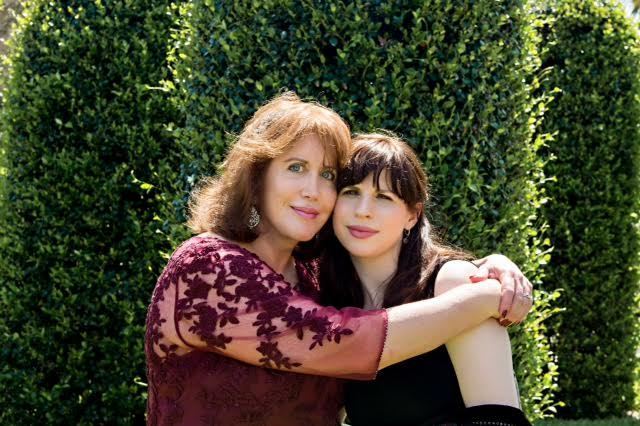 Toria with her mom last year.

Her Relationship With Her Parents Today:
"My mom drives me insane but in a good way. We talk all the time and she is one of the few people in the world I can be my total self around. My dad passed away in 2002 but he was and still is my idol in a lot of ways. They weren’t married for most of my childhood but they were (and continue to be) great parents."

The Takeaway:
"My advice for 4-year-olds is really advice for their parents. Parents: kids that age are little sponges! As hard as it may be, try your best not to badmouth your ex in front of them and really try not to put your kids in the middle. Let your kids be kids, not little mediators or marriage counselors."

Hidden Truths About Being A Child Of Divorce
More:
when my parents split updivorceParenting After Divorcepost-divorce parentingkids and divorce
Newsletter Sign Up
An essential daily guide to achieving the good life
Subscribe to our lifestyle email.
Successfully Subscribed!
Realness delivered to your inbox