This blog post is the second part of a nine-part series chronicling Iris' 46-year battle with bulimia. To read the first part, go here. 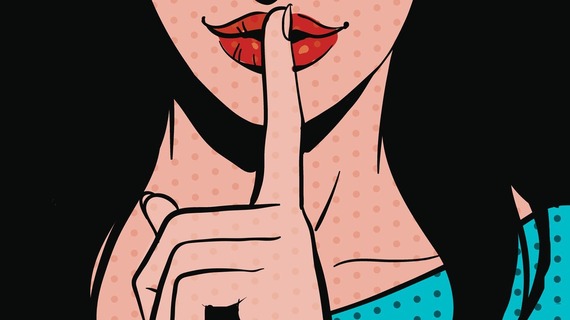 A very good friend, whose daughter happens to be bulimic, asked me how I would describe binge behavior. Here is my answer:

I have been bulimic since I was 19-years-old. And I binged and purged until I was on the brink of Medicare.

I roughly calculate the seconds, hours, days, weeks, months, years and decades:
That is how long I have been bulimic.

And if I spent just one hour every day bingeing and purging, that would add up to just under two years of time spent leaning over, sticking my fingers down my throat and puking up my guts, into a toilet bowl.

I always felt like such a fraud. On the surface, I appeared serene, confident, in control and exuding vitality. Underneath, I was not what I appeared to be to the world. I was nervous, agitated, unhappy and lacking self-assurance. Forces I could neither understand nor control were driving me continuously and relentlessly to binge and purge daily. That was not the arbiter of a mature, well balanced and highly functioning adult. It was all such a pitiful facade.

Highly aware of the corrosive stomach juices spilling over my teeth nightly during my purges, I also focused on maintaining the best dental hygiene I could -- visiting my dentist every three to four months for cleanings. And root canals. And crowns. And caps. And mouth guards. And dental implants. Wisdom teeth extractions. Dry sockets. Since I lived in a few different cities over those years, I recall seeing at least four different dentists as a regular patient. Not one of them ever mentioned to me that they suspected an eating disorder was at the root of my dental problems.

In my bulimic years, I saw many doctors for minor health issues and routine check check-ups. I never confided in them about my bulimia and if they suspected anything was amiss, they kept it to themselves. After all, I was Miss I-Can-Cope- With-Anything. Miss Do-It-All Perfectly. Letting a professional close enough to pierce my fragile armor was not in my lexicon of tricks. And besides, because most of these guys and their wives ran in our social circle, I certainly did not regard them as safe havens.

Only one doctor in all those years of my bingeing and purging came close to picking up ED's presence. He was a young South African internist, trained in Western medicine, and, as he jokingly referred to it, "voodoo" medicine (known today as holistic and/or integrative medicine). Upon examining me on my initial visit, he pronounced I had agitation emanating from my stomach.

I remained unresponsive and tight-lipped. The exam continued uninterrupted.

Before you click away: This is serious stuff. What's "eating" you? And what's your personal way of dealing with your demons? Please enlighten. Be part of the conversation.

You can find more from Iris on LinkedIn
LinkedIn -- https://www.linkedin.com/in/iris-ruth-pastor-9b894a24

What It's Really Like Having An Eating Disorder -- Bingeing, Purging And Feeling Like A Fraud
Milestones Through the Years