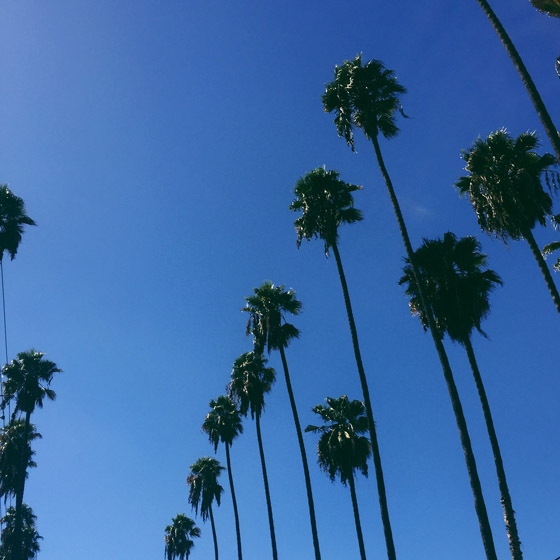 One of four geographical regions defined by the United States Census Bureau. That region of twelve states had his tender hand upon my shoulder. That is, until I delicately lifted his extremity from me, kissed him goodbye and flew 2,066.3 miles to Los Angeles, California.

When I arrived, I unpacked one hundred and five pounds of my belongings and began to settle in. Settling, sort of like the mucus glob at the bottom of a kombucha bottle. Definitely good for you, but not always the easiest thing to swallow. Which, pretty accurately, describes my adjustment to Southern California living.

As I eased myself in, I began to write about the differences. Pieces like this came out of me.

I gave up a luxury.
A car.
I locked it's doors, kissed it goodbye, when I came to this basin.
As I settled into my ways here, I opened my eyes while I traveling from place to place.
I would sit on a train, or a subway or a bus, and I would watch those around me. Learning deep down, what it's like to inhabit this sprawling metropolitan area.
I've sat in ugly patterned seats, smiling to myself at those squirming around me. People scattering every which way. On their way to work, or a lover, or home, or the gym or no where in particular.
I would smile at the woman comforting her cat in its carrier, as it mews to the great cat gods above for a savior.
I would smile at the mom and son whose ears match perfectly. Her ponytailed head 6 inches above his flawlessly faded hair. Those matching lobes a perfect curved display of nature's harmony.
I gave up a luxury.
In return I got an empathy.
A telepathy.
I get to see you.
I get to know you.
On ugly patterned seats.
I get to smile at your ears.

I've learned there is a certain level of character building frustration that happens on public transportation. A good example would be, a shopping spree at Target.
Yes, it was fun.
Yes, it was lucrative.
Yes, I love my new duvet cover.
No, it was not fun hauling it all back to my house on a train, then on a bus and then on foot up a hill.

I come from a world where it's incredibly difficult to get anywhere without a car. The Midwest is full of sprawling areas, little public transportation, snowy winters and a set in stone policy of owning a car. I cancelled that policy when I moved, not necessarily by choice, but a decision that was circumstantial. So, when I arrived in the city of angels I studied train routes, bus lines and walking paths. Then I would hop on board and be on my merry way.

The first thing that happens on board, headphones go in.
Then the phone comes out.
Then the Notes app is opened.
My two little thumbs start tip-tapping away.
Little letters string together into words.
Slowly progressing from left to right across a lit screen.
Sometimes a few of the words disappear letter by letter to be replaced instead, by a better set of letters. New and improved.

I spend hours of my day writing things on my phone.
(21st century, man. So weird.)
I wrote a whole book on that piece of metal and glass.
90% of it was written while I sat in rainbow patterned seats surrounded by a swarm of people going somewhere.

Where they're going? Who knows.

Six On A Train

A homeless man of some Hispanic origin mutters to himself about being "the f*cking man." Yeah buddy, you definitely are.

Businessman in a light blue dress shirt and a salmon colored tie pushes his backpack against the wall behind him. He steadies himself with his bike as the train lurches.

Mustached guy wearing headphones types on his phone rapidly. Looking around the train car. Smiling to himself as the train jolts, and begins to type again.

Fled Los Angeles for the Midwest