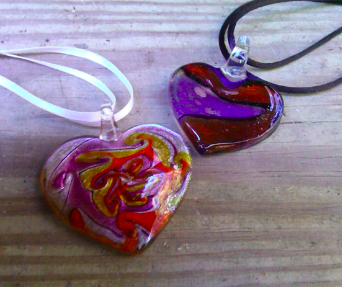 A few weeks ago, a car accident in our community took the life of a child. An only child. Now his mother, whom I know through church, is mired in the personal hell through which my husband and I traveled seven years ago.

Within a few days the mother sent word that she wanted to talk with me. I knew why. She has the same questions I had at first: How can she possibly survive this? And will the pain ever relent?

I don't have clear answers for her, because we all deal with grief in our own way. But I can share with her the lessons I've learned--most importantly that the loss of her son does not need to ruin her life. Light and even happiness can return, if she leaves herself open to them.

This isn't necessarily what a grieving mother, or anyone who has just suffered a major loss, wants to hear. After our son, Reid, was killed in 2009, I worried that feeling happy even for a few moments was a betrayal of my love for him. I needed to long for his presence, his smile, his quirky humor. As the months went on and the shock of his death wore off, my grief deepened, which I hadn't thought possible.

Fortunately, I had a number of spiritual coaches who let me in on a secret: The harder I strove to reach for light, even in the depths of my despair, the easier my journey would be.

No matter what we experience in life--heartache or great success--society slaps labels on us. But we have the ability to decide if we want to accept them. The choice I've faced since 2009 is whether to wrap myself in the role of grieving mother or throw it off and fully live.

In times of deep grief, overcoming the bleakness is as difficult a task as any of us will ever face. I found I could manage it only in tiny steps. At first I could muster the strength to say yes, I do want to get better, but only for brief moments. Darkness is a clever seducer, and its presence in my life felt right and deserved.

But darkness is often accompanied by anger and bitterness. I came to understand that wallowing in those was making me more miserable than I needed to be.

I also realized that I didn't want the world to define me primarily by my loss. In fact, I wanted the opposite: to learn to be happy in spite of it. To triumph over it somehow. To honor my son's life by finding a way to make a difference in the world. The path that has opened to me is learning and writing about how to serve people in need. It unfolds anew every day.

Here are a few things I've learned on this journey:

1. People will feel as sorry for me as I let them. Sometimes it still feels good to indulge. But I'm happier and more energized when I can shake off that label. So I mostly tell folks I'm doing fine--and saying it helps make it true.

2. Deep sadness comes in waves. These often break over me without warning and drag me down to the absolute depths. But--here's the good news--before I drown, they release me so I can swim safely back to the surface. I just need to be patient and let them pass.

3. Those I've lost--Reid, and now my father--don't want me to live mired in sorrow. Being happy is not disloyal to them. It's a way of honoring their lives.

4. Whenever we lose someone dear, it becomes achingly clear which elements of our lives matter and which are trivial. My goal now is to dismiss all the petty dramas and concentrate on what's important.

5. Occasionally I still have a tantrum about losing Reid. I try to view these moments as giving vent to my two-year-old self. I let myself lie on the floor (metaphorically speaking) kicking and screaming. Once the tantrum has spent itself, I go back to whatever I was doing--and try again to reach for light.

6. I don't want to go through my life terrified of losing someone else. Still, I know it could happen. So when the people I love leave me, even if it's just to run an errand, I cheerfully let them go. Yes, it's an act, but a necessary one. As the door closes behind them, I try to relax. They'll almost certainly be back.

7. The people we have lost to death are all around us. I know this, because I feel Reid with me in small ways. A medium friend tells me that whenever I think I feel a subtle touch from Reid--a funny thought or a sudden ray of light across my path--I should accept that it's a nudge from him. It is.

8. Because of my loss, I can now relate to others who are suffering at a much deeper level. Often people in emotional pain are most comforted by spending time with friends who simply listen. Serving in this role helps heal me as well as them.

Little by little I have learned to make a life in a world without Reid -- at least, without his bodily presence. I know he can see me. I know I can talk to him and he'll hear. And at odd, unexpected moments, when I'm in a positive mood, I'm pretty sure I can feel him nearby and hear him answer.

More:
healthy livingdealing with griefgrief and losscoping with griefcommon grief
Newsletter Sign Up
The Morning Email
Wake up to the day's most important news.
Successfully Subscribed!
Realness delivered to your inbox

Jan DeBlieu writes and blogs about selfless service and how it can help heal grief.