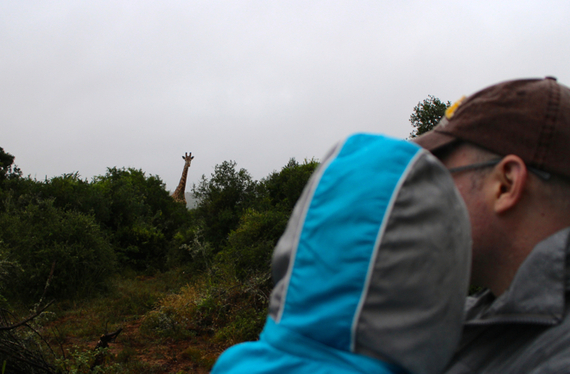 Our family Christmases can be a little unconventional -- once we took our 2-year-old son to South Africa. Some of my friends gave me a hard time. They said I gave myself a safari holiday while my son was too young to protest instead of giving him a tree and a stocking.

For his third birthday, instead of a big birthday party, we took my son to Malaysia on a road trip. We split the weekend visiting a real life submarine outside Malacca and then at a theme park in Johor Bahru. He talked about it for weeks. (Despite my cynical misgivings, his favourite part was actually the sub, not the Thomas The Tank Engine-themed rides. And he barely remembers the low key bash we held for him at all.)

These trips were such a success that this has become our family tradition: to really go out of our way to plan family holidays that are interesting and unique. Despite what you might think, time has proven that my kids remember these times together in foreign environments far more than candy canes and opened presents.

Yes, my husband and I enjoyed sampling the wines of Stellanbosch and the amazing all-inclusive babysitting service while we were on safari. But more pleasurable (and surprising) was to see my son recognise so many animals and learn about different environments. Half a world away from home he saw and appreciated mountains for the first time. On our way to Malaysia he not only (again, to my surprise) sat uncomplainingly at the queue of cars at immigration, he began to understand the concept of "countries" at the border crossing.

When I first decided to start my family travel website suitcases&strollers it was mainly because I knew that there was an opportunity to address other like-minded parents who grew up with Lonely Planets, moved on to Luxe City Guides but then, somehow, found ourselves with young kids but without a guidebook. I wish there had been a trusted travel publication that could have told me whether it's worth risking the malaria to see Victoria Falls with kids or if Johannesburg is really that dangerous for families.

In trying to pass on the information, stories and ideas I so sorely wanted myself, I have interviewed a single mother who is a permanent traveller and has taken her son to 12 countries. I talked to a family who backpacked with two kids under 6 for an entire year. I learnt about a brave boy with cerebral palsy who raised money for the poverty-stricken children of Cambodia.

It's inspiring to think that you actually can take small kids to South America for a low cost. Or that while a cruise ship might be kitsch, but it might also be incredibly fun.

What parents should know about travel is that you don't need to be conservative just because you have children. You don't have to go to an aquarium to see fish; you can teach your kids to dive. Resorts don't always have to be the answer; sometimes what might seem like a form of transport (such as a campervan or a sailing boat) might actually be a family holiday in itself.

If you expose your children to as much of the world as possible they will learn where they fit and how lucky they are. Just by spending time with you in a different country or even just environment, they can learn about history, cultures, languages, conservation and, yes, poverty in a way that will stay with them for the rest of their lives.

Not everyone has the opportunity or desire to quit their job, sell their house and take their children out of school for over a year and drive around Australia, like one of my interviewees. But you can raise a caring, generous and aware human beings by taking them to see animals in their natural habitats or just playing with the local kids outside the resort in a developing country. Even a seemingly unadventurous trip to another city can be a learning experience if you take the kids to museums and talk to them about how the buildings got there. Understanding where other people come from teaches us so much about our own selves and that's a great gift indeed.