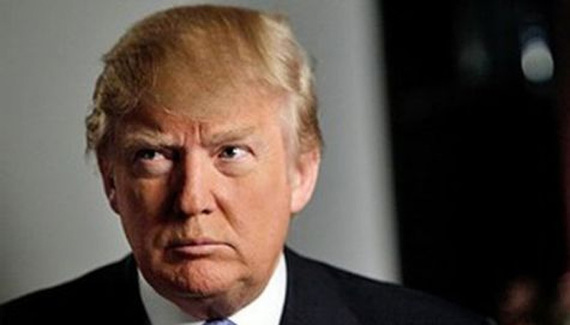 I am deeply concerned about the upcoming presidential election given the scale and complexity of the challenges facing our country and the wider world. Issues such as climate change, global terror, gun violence, the refugee crisis, and the growing social and economic divide, have led to a very negative public mood in the United States. This mood has prevented people from having a more civilized and rational debate over the qualifications of the future leader of this country.

I would like to offer a list of 7 core leadership competencies (see diagram below) which I have identified based on more than four decades of leadership experience, to serve as a lens to assess a candidate's competence as a leader. 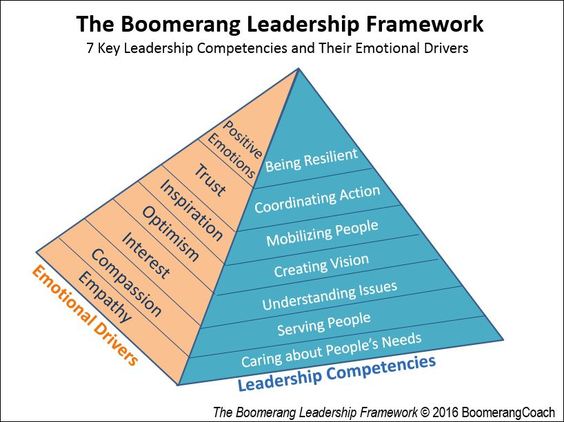 The blue side of the pyramid represents seven critical leadership competencies, such as the capacity to care or to serve, or the ability to understand. The orange side represents corresponding emotions that are the driving forces for these competencies. For example, starting from the base of the pyramid, we see that the emotional competence of "Empathy" allows a leader to "Care about People's Needs". In the same way, having "Compassion" inspires a leader to "Serve People", and being "Interested" in an issue motivates a leader to "Understand an Issue" fully.

While I assert that any leader, at any level of our society, must have these competencies, the President of the United States must exercise these competencies under the highest level of emotional pressure, scale and complexity. Using this model, I have assessed Donald Trump's leadership competence based on his speeches, his interviews and observations of people who have worked with him, by asking the following seven questions:

1) EMPATHY to truly CARE about people's needs?
Caring about people's needs requires empathy. When Donald Trump says, "I don't like losers," it doesn't show empathy for people who may have lost their jobs, their homes, their health or even worse, a loved one, as was the case of the Khan family. (Empathy for Caring =

2) COMPASSION and integrity for SERVING people and the greater good?
Serving people requires compassion. Despite Trump's avowed concern and love for the American worker, he just doesn't have a credible track record to support this claim. Clearly he has not served the construction workers whom he refused to pay in repeatedly resorting to bankruptcy to escape his many financial obligations for large-scale construction projects. Publicly, he has proudly declared this practice as "doing good business." (Compassion and Integrity to Serve =

3) INTEREST in UNDERSTANDING complex ISSUES?
Mr. Trump has demonstrated little or no understanding of complex global issues. This is evident in his uninformed public comments on such issues as the Ukraine conflict with Russia and his ignorance of the threat of climate change. The underlying reason for Trump not understanding complex issues is his lack of interest or curiosity about the details. For example, Tony Schwartz, Trump's ghostwriter for his book "The Art of The Deal," observed that Trump "has no attention span," behaves "like a kindergartner who can't sit still in a classroom," and that "it's impossible to keep him focused on any topic, other than his own self-aggrandizement, for more than a few minutes." The New Yorker: "Donald Trump's Ghostwriter Tells All" (Interest in Understanding =

4) OPTIMISM to articulate a VISION for a better future?
In his acceptance speech in Cleveland, Trump painted a very dark and pessimistic vision of the U.S. as a land surrounded by enemies and isolated from other countries, where the U.S. looks out primarily for its own self-interest ("America First"), and does not collaborate to overcome global challenges that threaten humanity. Even within the country Trump paints a divisive and dark picture of America, maligning whole ethnic groups, as he did by characterizing Mexican immigrants as rapists and drug dealers, or persecuting entire religious groups when he associated all Islamic people with terrorists. (Optimistic Vision =

5) INSPIRATION to MOBILIZE PEOPLE and resources towards that vision?
At first glance, it may look like Trump deserves a high rating for mobilizing enough people to win his party's candidacy. Looking closer, we see that he accomplished this by invoking and amplifying people's fear and anger. This fear- and anger-based approach, which is focused on people's deficiency needs, may allow him to start a "revolution," but it would be short-lived. Research shows that only by focusing on people's growth needs, such as their higher aspirations for personal or collective development, can a leader achieve a deeper and sustained commitment to change. (Inspire to Mobilize =

6) Builds TRUST to COORDINATE effective ACTIONS?
In order to coordinate effective actions, the President must gain the trust of the people he collaborates with. Repeatedly lying and breaking commitments, such as violating the constitutional rights or agreements with NATO Allies, destroys trust. Trump saying "I always win" and "come out on top" in negotiations, reveals his limiting win-lose perspective. It is no surprise that a growing list of GOP elders (more than seventy-five as of mid-August) have signed a letter citing Trump's "divisiveness, recklessness, incompetence, and record-breaking unpopularity." Clearly his own party does not trust Trump. (Trust to Coordinate Action =

7) POSITIVITY to BE RESILIENT and overcome adversity?
Some of us may recall the Cuban Missile Crisis of the early 60's, and many more of us remember 9/11. These are the crises where we expect the President of the United States to be emotionally stable or grounded enough to help us overcome adversity. Research shows that people who do not succumb to negativity and retain their positivity are more resilient under pressure. Trump has proven again and again that he is controlled by his negative emotions. (Positive Emotions to Overcome Adversity =

In summary, Donald Trump does not have empathy for the people he claims to care about, nor has he served their interests in the past. Unfortunately, he does not show interest or fully grasp the complex issues that he claims to have solutions for. Nor does he have an inspiring vision to mobilize people in the long-term. His win-lose perspective makes him incapable of building the trust required to coordinate effective actions, and his default negativity in the face of adversity makes him particularly weak when dealing with a serious crisis.

While Mr. Trump loves to present himself with a thumbs up, for each of the seven leadership competencies, I can only give him a thumbs down (

If you are interested in learning more about why a leader's vision should focus on people's growth needs, please see my recent Huffington Post article: "Leaders Must Understand and Empathize With People's Needs to Defeat Radical Fear- and Anger-Mongering"