A few weeks ago Ebony.com posted a story about the magazine's Senior Editor Jamilah Lemieux's results from her 23 and Me DNA test, a light hearted piece on a Black woman's desire to find her roots. The test revealed that she is essentially 53% White and 47% Black. In her typical tongue in cheek fashion, Lemieux joked on Twitter about her "new" racial identity as a White woman and even gave herself the nickname "Miss Ann."

Unfortunately, what was intended as a simple story about one woman's desire to learn about her racial heritage soon became fodder for an abusive social media campaign to minimize her Blackness.  Not only did these mean-spirited tweets go viral, but others took the liberty of reassigning her race as biracial.

Suddenly, Lemieux, raised by two Black parents (one of whom is biracial and a former Black Panther) as a Black Nationalist was suddenly a poster child for less than legitimate Blackness (at least for the hoteps on Twitter).

Genetics professors say that tests of these sorts are inaccurate when determining race because the markers used to define race are based on the genetics of individuals in a certain area, not race or skin color. For example, if a preponderance of people in one area of the world share common genes, it doesn't mean they are of the same race.  It simply means that you possess traits of people born in the same region. Thus, you could have Germanic ancestry according to the test, but your ancestors could have immigrated from Turkey. A quick read of this article by Kevin Loria for TechInsider gives a thorough explanation on the fallacy of these tests.

I'm biracial of Chinese and Black descent; however I was raised by White parents who withheld my true racial identity until I was fourteen years old.  I chronicle this experience in my soon to be released book Black Lotus: A Woman's Search for Racial Identity, including how I struggled to accept my Black racial heritage in the face of tremendous bigotry in a predominately White environment. It wasn't until I had moved out of the racist town of my youth that I felt safe enough to embrace my Blackness and begin a journey to not only forging a racial identity as a Black woman, but celebrating the Black blood that flows in my veins.

When I was younger my skin was pecan brown and my hair looked like Bow Legged Lou's from the Force MDs (minus the activator). Now as an adult woman, my skin color has faded, age has erased the Asiatic upward slant of my eyes, and my curls have become looser.  On a physical level, I am no longer clearly identifiable as Black. So does that mean that I have lost my Blackness? 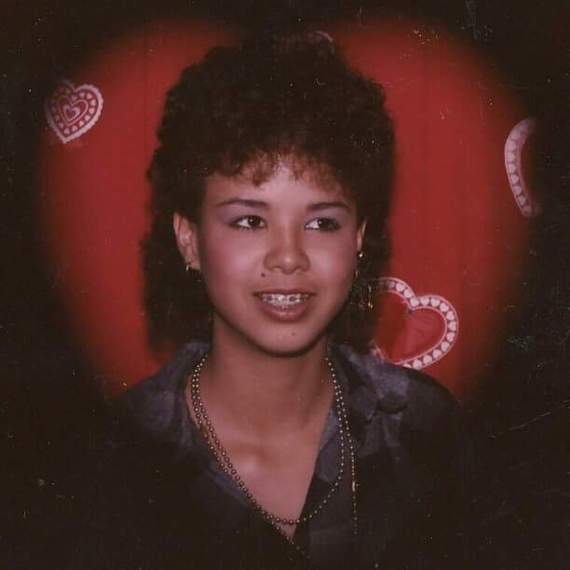 Why was Lemieux's Blackness diminished (in the eyes of some) because of an inherently flawed genotyping test?  What happened to her was jarring. It was ugly and petty. And it got me thinking:  What exactly is it that makes you Black?

In the wake of Lemieux-gate, I have come up with the following questions to try and understand what makes a person "really" Black according to mainstream culture. For example, is Blackness experiential, cultural and circumstantial, a la:

Blackness is generally quantified by the amount of melanin in your skin or your hair texture.  Does one need to be chocolate brown like supermodels Naomi Campbell or Tyson Beckford to "really be Black"? (Ironically, Campbell and Beckford are both part Chinese and I don't see anyone questioning their Blackness).  In order to be authentically Black, does your hair have to be kinky?  Does one need to have a "kitchen" on the nape of their neck? Was the actress Lena Horne less Black than a woman with more "Negroid" than "Caucasoid" facial features like Oscar-winning actress Hattie McDaniel?

Going back to the genetic testing question, how much Sub-Saharan African blood must one have in order to be considered truly Black?  75%? 80%? 90%? Is actor Jesse Williams, a biracial Black man, less Black than basketball player Steph Curry, who was born to two Black parents? (I mean, they look like they could be from the same family).

Unlike some who assert that race is irrelevant and try to minimize its importance by pointing out that it is purely a social construct, I believe it DOES matter. Anyone who says it doesn't is living in an imaginary world filled with unicorns and the Lollipop Guild. One's race plays a role in the harsher sentencing practices of darker-skinned Black people. It plays a role in the school to prison pipeline. Race played a role when the infamous Stanford Rapist Brock Turner only received a six-month sentence (of which he will only serve three) for raping an unconscious woman. I could go on about the various ways race has been used to oppress those of darker color and uplift those who are lighter, but a list won't fit in an article.

Race may "only" be a social construct, but I am still left wondering about my original question:

What makes a person "truly" Black?