What makes luxury cars so expensive?: originally appeared on Quora: The best answer to any question. Ask a question, get a great answer. Learn from experts and access insider knowledge. You can follow Quora on Twitter, Facebook, and Google+. 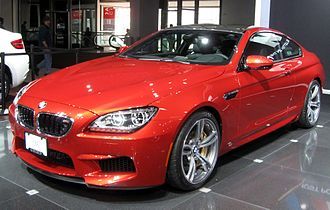 The short answer: Luxury cars are more expensive because of their limited production volumes.

A lot of people believe that luxury cars cost more than regular cars because of their superior quality parts, their bigger and better options, because they're made from more expensive materials, etc. This is only partially correct.

A natural leather seat cover, for example, does cost more than one made from cloth or vinyl...but it's not as if the cost difference is extraordinary. Same goes for luxury features like heated seats and steering wheels, all glass roofs, etc.

The dirty little secret of the auto industry is that the costs of luxury options are typically incremental. In the words of industry expert and consultant Jim Hall (of 2953 Analytics):

"Automakers profit hugely [from luxury packages]...the incremental cost of adding the new materials and features is way short of what they can charge [for the upgrades]."

Now Jim was talking about luxury packages for pickup trucks that can top $70,000, but the type of vehicle makes no difference. It's not as if BMW is using a completely different class of leather than Ford is using in their Platinum F-150, or that a new Lexus interior has anything on the interior of a new GMC Denali (seriously, have you checked these trucks out? it's ridiculous).

The incremental cost of luxury features helps to explain why manufacturers will offer them on economy cars. Honda offers leather interior and navigation on their entry-level Fit, for example, because doing so is very profitable. Every customer who pays an additional $3k for the Fit EX-L increases Honda's overall profits on the model, as at least half of that premium is pure profit.

The main reason that something like a Range Rover or SL500 costs so much is production volume. Cars are incredibly expensive to design and develop. Automakers frequently spend hundreds of millions of dollars (sometimes billions) designing and developing vehicles from the ground up.

Then, on top of the high design and development costs, there's also the matter of tooling and configuring a manufacturing plant, training the assembly line workers, updated the robotics that manage various parts of the assembly process, etc.

Toyota, for example, spent over $2 billion developing their Tundra pickup truck, at least if you count the cost of the factory they built for the truck in San Antonio.

These costs have to be amortized across every vehicle sold. As a result, a limited production vehicle absolutely must cost more than a mass produced vehicle. If you take $1 billion dollars in product development costs, for example, and spread that across a vehicle model that sells about 10,000 units a year for 5 years, you're looking at $20,000 per car just to break even (ignoring the time value of money and ROI expectations set by the automaker).

Not to mention, you still have to actually buy all the parts and put them together in a factory! You're $20k in the hole before you even think about starting to build the car...and that assumes you're going to hit your sales projections (which is never guaranteed).

Summing up, the math is pretty simple once you understand the facts.

Basically, luxury cars are more expensive because you're paying for exclusivity. The more exclusive (fewer models sold) the car, the more the automaker has to charge each buyer for their design, development, and assembly costs.

P.S. Now that you know how it works, you understand why all automakers chase sales volume. The more they can grow their sales, the lower their effective cost per vehicle sold.

More questions on Quora:
More:
BusinessMoneyCarsautoslamborghini
Newsletter Sign Up
Everything you should have learned in school but didn’t
Subscribe to HuffPost’s money and living email.
Successfully Subscribed!
Realness delivered to your inbox