Who is Ruth Bader Ginsburg? She takes her time, but nothing is lost on her. "She's not just deliberative as a matter of principle but as a matter of temperament," her friend the critic Leon Wieseltier has said. "A conversation with her is a special pleasure because there are no words that are not preceded by thoughts." She is wholly committed, above all, to the work of the court. Kathleen Peratis, who succeeded RBG as director of the Women's Rights Project at the ACLU, said years ago, "Ruth is almost pure work. The anecdote that describes her best is that there are no anecdotes." (The second part is not strictly true.) She has survived tragedies and calamities. People have found her somber, but it is sometimes because her humor is so deadpan dry that it escapes many. She can be exacting, but rewards with loyalty and generosity. She had a passionate love affair with her husband that lasted almost sixty years.

RBG is a woman who, to use another phrase that mattered a lot to her, defied stereotypes. When she was nominated to the Supreme Court, the Washington Post jointly interviewed two of her old ACLU colleagues, Peratis and former legal director Mel Wulf, and the pair struggled to explain RBG. "She's conventional socially and politically and in every way, except for her intellect," Wulf said, a tad dismissively. Peratis cut in, "Yeah, but Mel, you have to admit it was pretty unconventional in those days for a woman to raise a family, hold a job, go to law school." Wulf, a man of the 1960s, shrugged. "I'll say this, she is by no means a bomb thrower," he insisted. "But," said Peratis, "the things she achieved were bombshells."

Put another way, RBG was already a radical just by being herself -- a woman who beat the odds to make her mark. Early in her career, RBG wanted to work at a law firm, maybe teach a little. The world as it was had no room for her. That injustice left her no choice but to achieve bombshells. It was easy to miss, maybe because it didn't look like male bomb throwing. Or because she and her peers had transformed the world so much it was hard to remember, in retrospect and without living it, how hard it had been.

And yet as this book's closer look at her life and work shows, RBG is about more than simply breaking glass ceilings to join a man's world. As the cofounder of the Women's Rights Project at the ACLU, and often called the Thurgood Marshall of the women's rights movement, RBG devised careful, incremental plans for revolutionary goals. She imagined a world where men transformed themselves alongside women and where sexual and reproductive freedom was grounded in women's equality, and then she worked to make it real. Many of her ideals, from the liberation of men to the valuing of caregivers, remain unrealized. RBG's longtime friend Cynthia Fuchs Epstein says, "I think had she not had this persona as this very soft-spoken, neat, and tidy person, with a conventional life, she would have been considered a flaming radical." 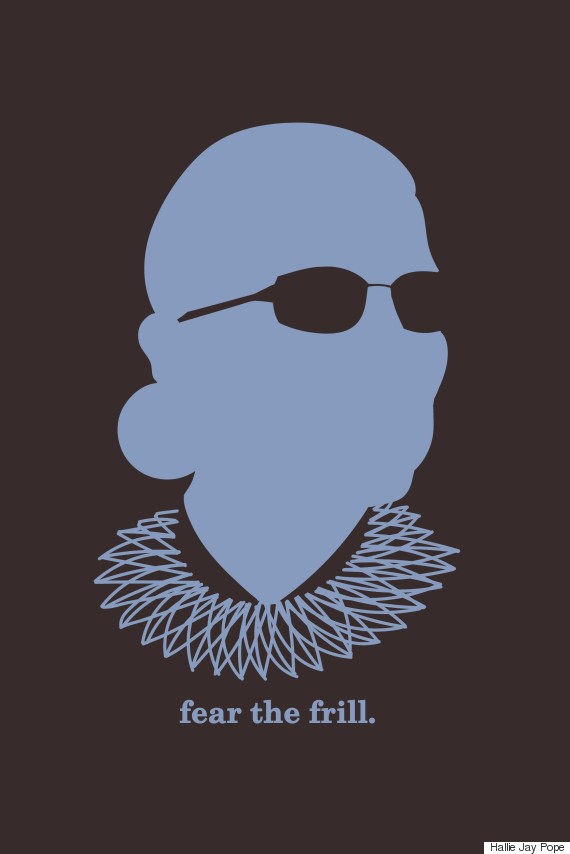 If very few people recognized these things about RBG, she had preferred to keep it that way. "She subordinated her own persona into this machine," says Neuborne. "The star of every production she had was the law, not the lawyer."

But the arrival of two Bush appointees to the court gave a narrow majority to a conservative agenda of undermining remedies for racial justice, reproductive rights, access to health care, and protections for workers, while giving corporations ever more rights and political influence. Even the current balance, tipped rightward with a chance of wobble, is precarious. The next president may appoint as many as three justices.

RBG is determined to stick around and remind her colleagues and the country what she believes is America's unfinished promise. She likes to quote the opening words of the Constitution: "We the People of the United States, in order to form a more perfect Union." Beautiful, yes, but as she always points out, "we the people" originally left out a lot of people. "It would not include me," RBG said, or enslaved people, or Native Americans. Over the course of the centuries, people left out of the Constitution fought to have their humanity recognized by it. RBG sees that struggle as her life's work.

Maybe that's why she's keeping herself in fighting shape in the meantime. In late November 2014, RBG felt a little faint during a workout session with her regular personal trainer and had surgery so a stent could be placed in her right coronary. But she had plans to keep. RBG had invited Shana, Frank Chi, Aminatou Sow, and Ankur Mandhania to visit the court. "I would be glad to greet the clever creators of the Notorious R.B.G. in chambers," she wrote. On December 10, the morning of a two-hour oral argument about the Federal Tort Claims Act of 1946, the meme-makers arrived.

At around noon, they filed tentatively into her chambers, as each justice's personal domain is known. RBG stood, flanked by her clerks. Her slender wrist was slightly bruised from the heart stent procedure. Her guests asked her what message she had for all the young people who admired her.

RBG paused to think it over. "You can tell them," she replied, "I'll be back doing push-ups next week."

This post is from the forthcoming Notorious RBG: The Life and Times of Ruth Bader Ginsburg by Irin Carmon and Shana Knizhnik. 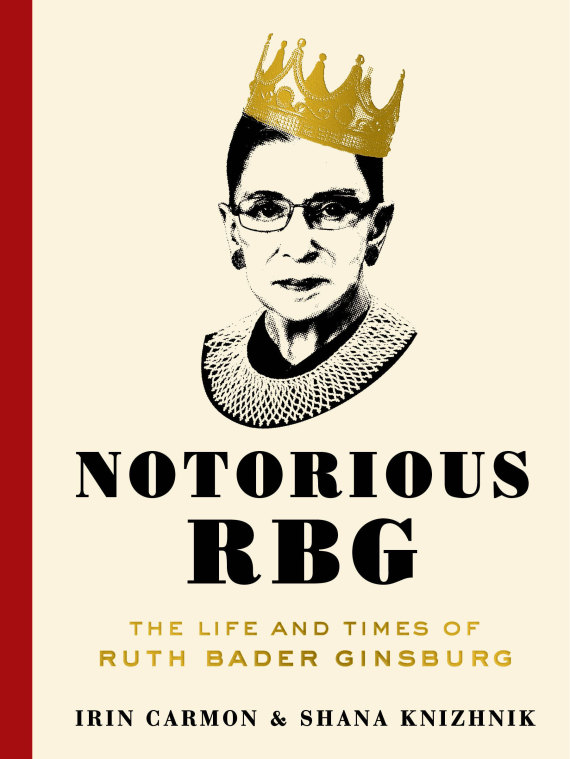