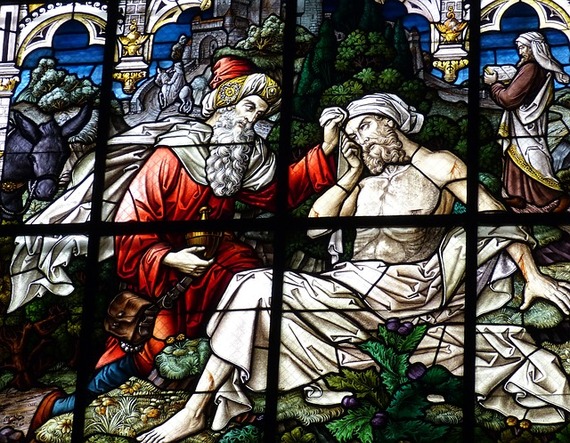 Before getting to know your local atheist, it's very much worth rehashing the ABCs of non-belief that run the risk of remaining little known, especially now that the skeptic community has become more interested and active in charitable causes. Public intellectuals frequenting bestseller lists on our behalf are swift to go on the offensive, but there's something to be said for shoring up the defense as well. A real uneasiness toward atheists and their intentions seems to flow from a very common and endlessly parroted assumption--that without belief in god, anything would be allowed. Divine reprimand and reward are ultimately credited with keeping us on the straight and narrow, and often said to have provided the moral foundation for our society. A charitable movement populated with skeptics and atheists would seem counterintuitive or even completely bananas then, but nonetheless, a number of causes under the umbrella of Effective Altruism (EA) are blossoming. How do we account for this? Should we credit our learned behavior to a society built on these heavenly mandates, or is it something else?

Spoiler alert: the answer is something else.

Whether it comes from the prosaic lips of Ivan Fyodorovitch of The Brothers Karamazov, in the more contemporary form of Dinesh D'Souza, or confronted you recently one way or another, the common argument sees morality as having originated from the outside. Without a punishing set of external pressures imposed from up high, so it goes, mankind will naturally veer off into a wilderness of undesirable behavior. If we care to reexamine the ABCs of atheism, we could start with what Elizabeth Anderson aptly describes as the atheist commitment to "the expansion and growth of the human mind." Of course, this might seem obnoxiously smug. Who would march against personal growth?

What Anderson is getting at is less about condescending to theists and more about illustrating where morality originates for atheists. Jean-Paul Sartre pre-empted her decades before by contending that morality comes from within and grows outwardly. Without wading too far into the philosophical thicket, we'll leave you with Sartre illustrating how even personal decisions can radiate outwards, "In fashioning myself I fashion man." Within each of us, overlapping and intertwining motivations help us fashion ourselves and our morals, and much of the time we would like to see the rest of the world follow suit. Have we met nudists that only want for the whole of humanity to shed these rags we affix to ourselves on the regular? Absolutely. Transplant this model onto an aversion to human suffering and now we're talking.

Something like this line of reasoning has been recycled and repurposed for as long as mankind has known anything. Intense personal feelings such as love, kinship and solidarity are unquestionably responsible for shaping moral values, and yet we struggle to exorcise this suspicion of non-believers. If anything, as Andrei Volkov points out, non-believers and skeptics may have incredibly compelling reasons for caring about others.

In this sense, the Effective Altruism movement, largely populated by the skeptical, secular, rational, and atheistic types, makes sense. The often principled and examined lives of this crowd, continually shaped and enriched by facts and new information, fit neatly within a charitable cause that are primarily evidence-based. These developments carry practical weight when considering that Givewell, the flagship charity evaluator of the EA movement, is now moving more money than Charity Navigator. Channeling science and skeptical inquiry into the most pressing problems facing humanity is itself a form of activism--a desire to see our exacting taste for evidence and accountability reflected back at us in charity. We want this for others because we would want it for ourselves. The demand for others to receive the same standards as we enjoy is as real as any other cause.

The same evidence and calculations used to determine the truth about our charitable efforts also reveals that we need not sacrifice our lifestyle to have an impact. Our currency has potentially 100x the spending power elsewhere which means we can simply leverage scientific techniques to effect massive-scale social change without losing what we have. The adage (mis)attributed to Dostoevsky "without belief in god, anything is permitted" likely reads differently to an Effective Altruist and Skeptic For Charity than most. Absent the assumption of god and all the mandated morality that follows, we are freer to form a values system based on human solidarity and a commitment to ensuring that we're truly making the impact we want for others.