For Teen Vogue, by Lily Puckett. 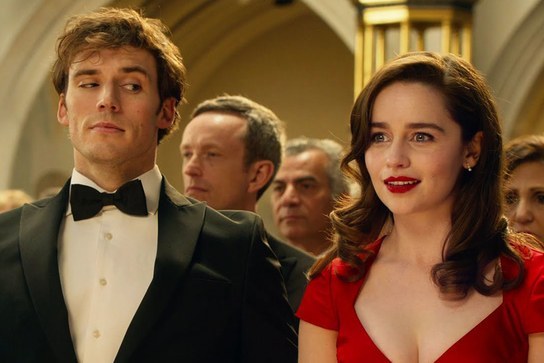 Advocates are taking over the film's #LiveBoldly hashtag.

The film adaptation of Jojo Moyes's 2012 novel Me Before You, which hit theaters on June 3, is facing criticism over its portrayal of life with a disability. Spoilers ahead.

The film centers on a man named Will, who was recently paralyzed in his 20s, who chooses to end his life with assisted suicide after finding love. According to the film and book's plot, Will's decision to end his own life at 26 is entirely rooted in the fact that he can't stand to live as a paralyzed man. For what many perceived to be an exciting new movie featuring a suave, clever protagonist who happened to be in a wheelchair, this ableist twist is especially frustrating.

Not Dead Yet, a U.K. activist group for people with disabilities, which campaigns against assisted suicide, has been particularly vocal in its disdain. "The message of the film is that disability is tragedy and disabled people are better off dead," Ellen Clifford, a Not Dead Yet representative who is disabled, said in an interview with BuzzFeed. "It comes from a dominant narrative carried by society and the mainstream media that says it is a terrible thing to be disabled. The message is that you can't [live boldly] as a disabled person."

Luckily, it's easy to prove that message totally wrong. In a total overhaul of the film's hashtags, #liveboldly and #mebeforeyou, Twitter users are pointing out all the things the movie gets incorrect about living with a disability, and shooting down the notion that a disability is a reason to want to end your life. As Twitter user Nathaniel Gale put it: "Contrary to the views of the non-disabled ppl who made this film we do #LiveBoldly by, y'know, living." See the full list of Tweets here.

Related: How a Girl with No Legs Grew Up to Be a Paralympic Swimmer

More from Teen Vogue:
More Than Half of What You Eat Isn't Even Real Food, Study Finds

More:
Game of Throneshealthy livingdisabilityEmilia Clarkedisabled
Newsletter Sign Up
The essential guide to taking care of your mind and body
Subscribe to HuffPost’s wellness email
Successfully Subscribed!
Wellness delivered to your inbox