Google tells us almost everything we need to know -- news, how to get where we're going, recipes, TV shows and who that obscure actress played in that film you can't name from 15 years ago. So why shouldn't it shed some light on the larger questions we have about humanity -- specifically what men and women want, do and like?

BuzzFeed brilliantly utilized Google's predictive search ability to showcase what the masses think about women. The results ranged from hilarious (women can totally wear hats indoors) to insightful (why don't women compete on the pommel horse?) to utterly depressing (women shouldn't have rights or be allowed to vote).

It also made us wonder what would happen if we did the same for men. Would the search terms be as absurd (and as sadly telling)? So we tried it.

MEN ARE ... better than women, yet becoming them. 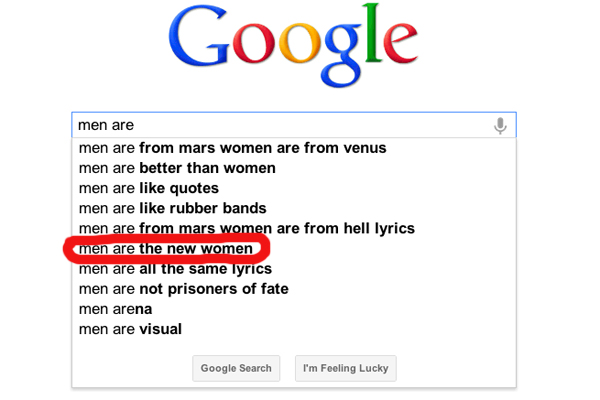 MEN AREN'T ... into monogamy. It's biology, y'all. Though they've also lost their manliness. 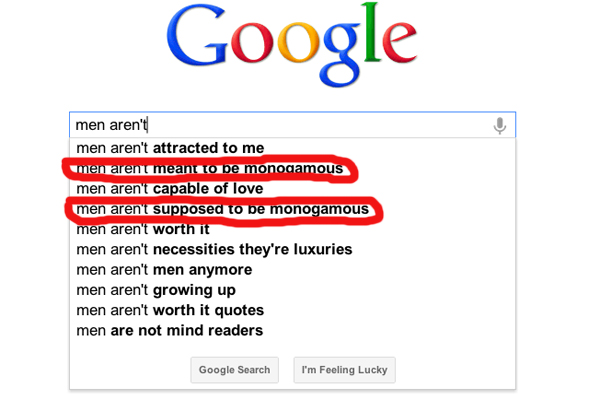 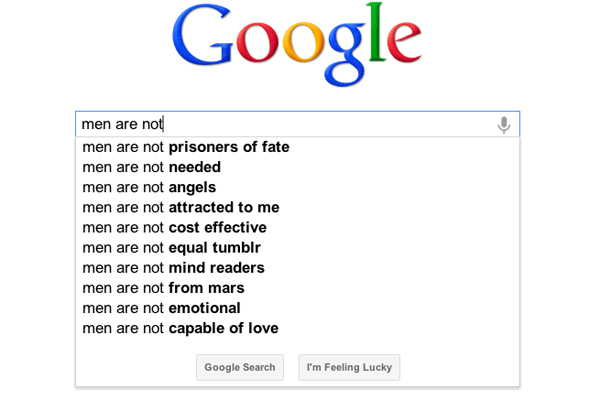 MEN SHOULD ... stay single and wear pants while doing so. 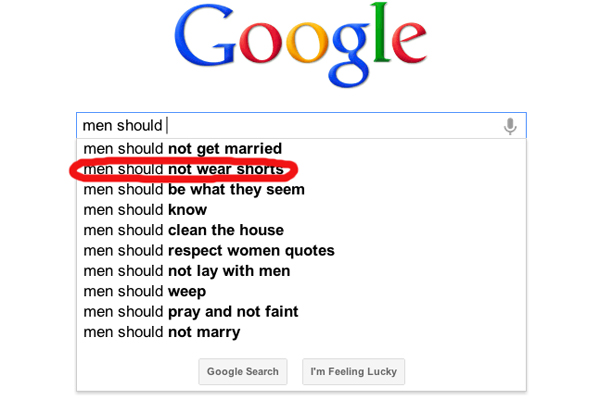 MEN SHOULDN'T ... give out advice, don flip-flops or do much self-grooming. 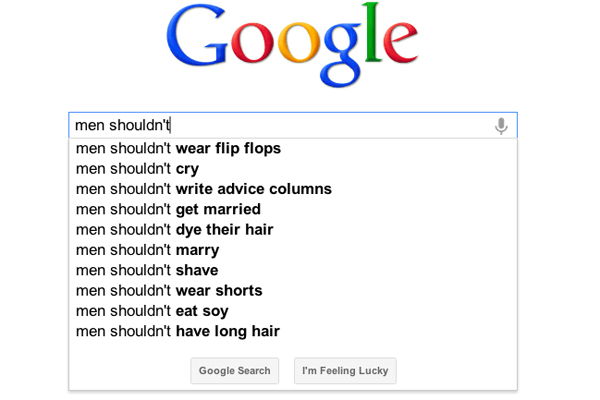 MEN WANT ... to be women and to date (younger) women. So essentially, men want to be lesbians. 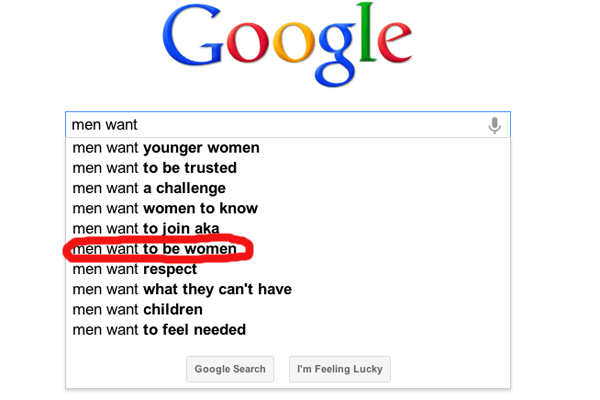 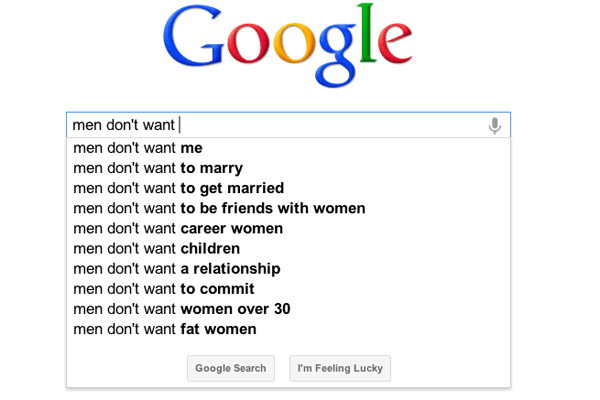 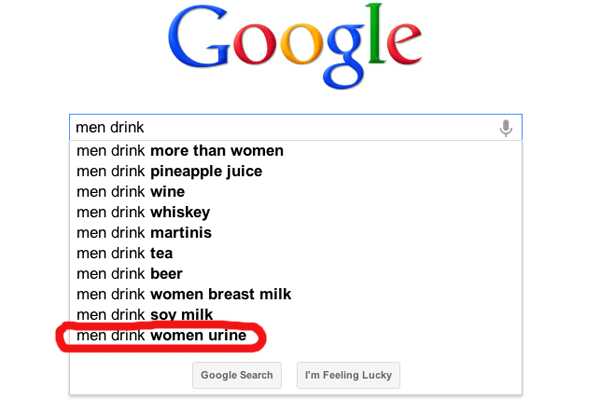 WHY DO MEN ... Behold, the most depressing list yet. 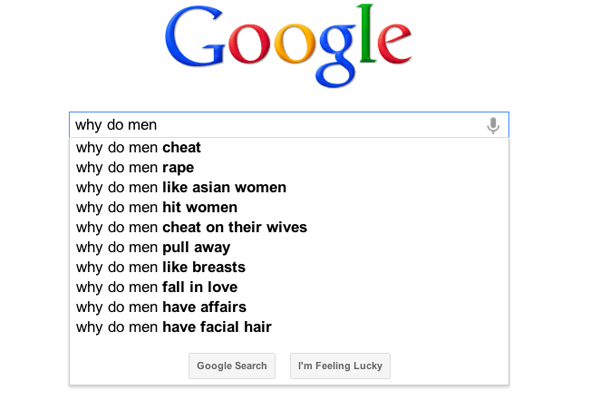 WHY DON'T MEN... This one is evidence of our collective obsession with gymnastics and ignorance of biology. 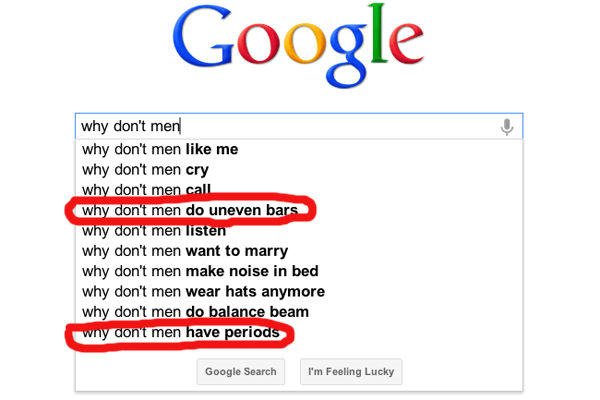 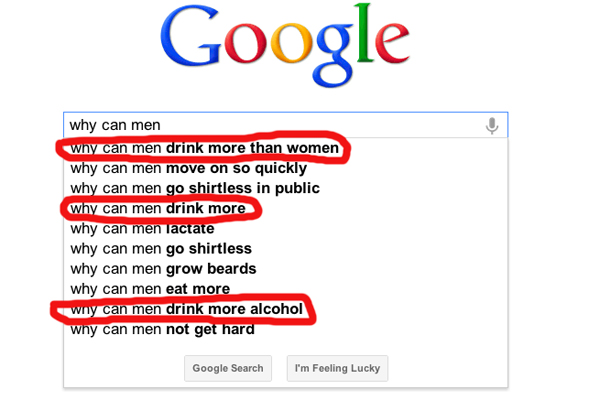 WHY CAN'T MEN ... Pretty sure the questions involving assault don't deserve answers. On the other hand, more power to any dude who wants to wear a dress. And we have always wondered about the chair thing, too. 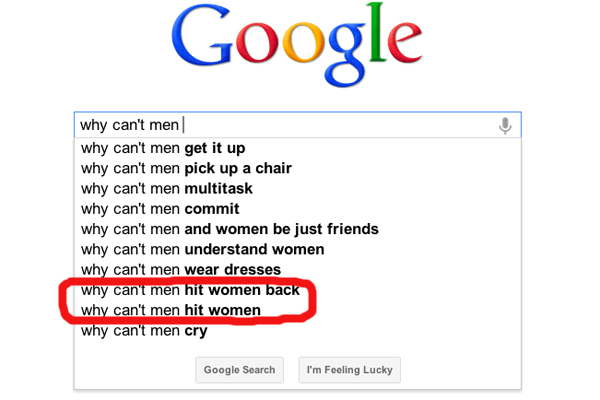 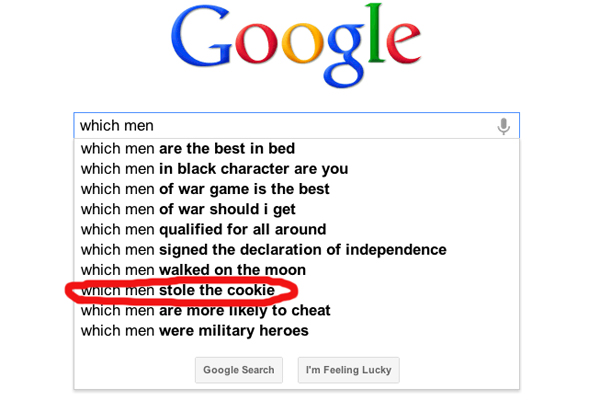 MEN LIKE ... women with confidence. They're also huge fans of "Fifty Shades." 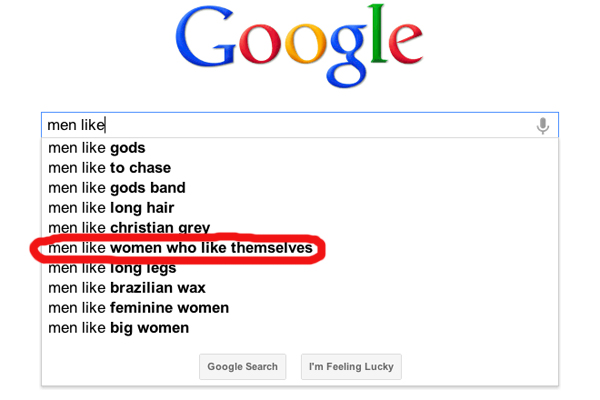 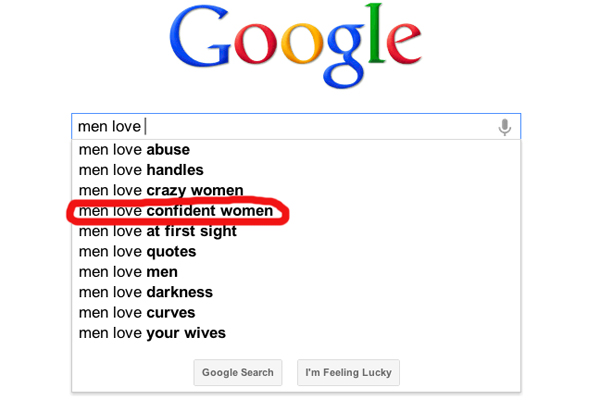 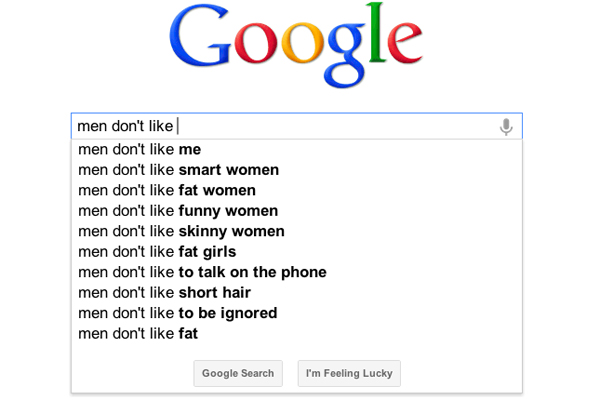 So in conclusion, the masses think men are commitment-phobic, bearded, shirtless, cookie-stealing almost-women who love to date younger, thin, fat, waxed, self-confident ladies. Furthermore, they should never, ever wear shorts. Thanks for the insights, Google.