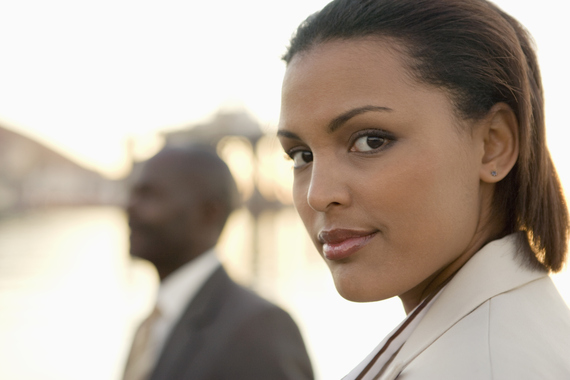 In addition to being a world-renowned comedian, talk show host, philanthropist, husband and father, Steve Harvey is the Chief Love Officer of online dating site Delightful. He draws on his personal experiences and the stories that millions of people have shared with him over the years to help more people find and keep the love they deserve.

Everyone says communication is the key to good relationships, but that's not very helpful when certain words are so confusing. Take the word "intimidating." That's got to be one of the most frustrating words in the whole dating world, am I right, ladies? If you've been called intimidating, you're probably wondering what the &*^# is up with that! Is the person doing the calling trying to say you're an impressive and accomplished woman? More often than not, yes. But what else could it mean? Read on for a few different interpretations of this often-used label.

You're more successful than he is. If you're out there crushin' it professionally, it might soon become clear to the man you're seeing that you're more successful than he is. This is no problem unless it bothers him--or you. Be your genuine self and let him get to know the real you. He'll see you as a whole person and not just a scarily impressive job title. There's no reason to ever downplay your success. If you find yourself doing so for the sake of a man, snap out of it!

Success doesn't just have to be a work thing, either. You may have a large social network or be an accomplished dancer or activist. In any case, a man you might date and form a relationship with should admire and appreciate the accomplishments that make you, you. If he doesn't, I have two words for him: bye-bye.

He's insecure. If a man actually says "you're too intimidating" as an excuse to break up with you, let him walk away without any fuss. What's he's really saying is he's sure you're too cool, too beautiful and too all-around amazing to stick with a schlub like him if something better comes along. And if that's his attitude, he's right! You deserve to be with a confident man has more faith in your relationship than that.

If you're approaching a new relationship with your act together, you're choosing to be with a man out of want, not out of need. And that's really the only way to create something healthy and lasting. So steer clear of the insecure men of the world.

You're unapproachable. Let's face it--it takes guts to approach a fine woman such as you. He might think of you as intimidating because you seem too perfect and unapproachable to a man. If your facial expression and your walk suggest you have absolutely no interest in talking to others, he might decide it's is better to steer clear.

To become even more approachable, consider the subtle messages you're sending with your body language when you're out on the town. Even something as simple making the effort to throw out a few more smiles really helps.

For example, when you are out at a bar or party, talk to the first guy who approaches you. Don't brush him off right away if you aren't interested; just have a short and pleasant conversation. The other guys nearby won't think you are so intimidating.

You're opinionated. Now, before you get upset, let me just say that there is absolutely nothing wrong with an opinionated woman. Men like a lady who knows who she is and what she wants. But the fact of the matter is that if you aren't afraid to share your opinion with little to no filter, you might be called intimidating. To this, I say who cares? Own it.

He admires you. I think it's time we stop thinking of the label "intimidating" as a bad thing. It's possible that you've been called intimidating in an admiring way, as a means to acknowledge your strength, knowledge and power. If your man was raised right, chances are good that a long line of strong women had something to do with it. Intimidating is good. Intimidating means you have standards and demand to be courted. The world could use more "intimidating." Men will rise to the occasion.

Have a dating or relationship question for Steve? Share your Story here.

It's free to join Delightful, a dating site I created with love in mind, and here you can meet people who are looking for serious relationships.

From messaging do's and don'ts to first date tips to keys to keeping it fresh, you'll get valuable advice from me every step of the way.

Because we want to help you find love and keep it. 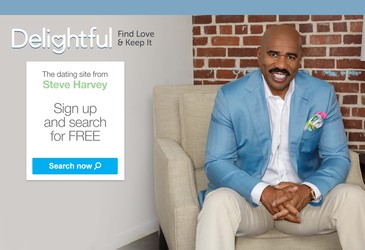