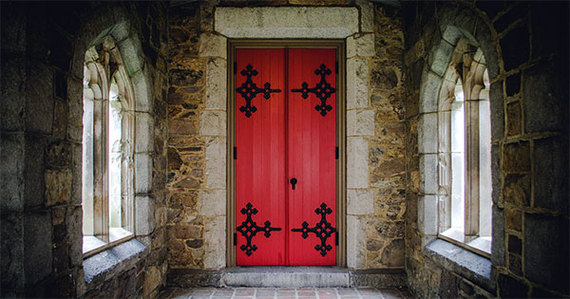 When somebody claims the title "Christian" for themselves, whether they are progressive or conservative or another "-ive," chances are you can infer at least a few of their beliefs.

Christians can argue doctrine and dogma, orthodoxy versus orthopraxy, the importance of Paul's letters, whether the New Testament has precedence over the Old, and many other disputes, but the things I mentioned above are relatively secure. They are, in a sense, what separates Christians from people of other faiths or creeds who happen to admire Jesus, like Gandhi, or secular humanists who think the Sermon on the Mount just happens to encompass the best of human morality.

Recently I was involved in a religio-political debate with a distant family member I rarely see, and when things began to get heated, he ended the conversation with a pointed, "Well, as long as we can agree that Jesus was God, that he was born of a virgin, that he died on the cross for our sins, and that he rose again after three days, we can get along." That ended the conversation with what my relative surely meant as a show of Christian solidarity.

I can only offer what I do believe as an answer, and hope that most progressive Christians can accept that it is enough.

I believe that because of his experiences of and with God, Jesus set out to give people an example to follow, a shining paragon of justice, compassion, and love for all to aspire to. Because this example directly threatened (and still threatens) the dominant power structures of mankind, Jesus was crucified for it. After his death, the people who had known him were still able to experience the Sacred Presence, or God, as they thought of it, and they believed (as I believe) that Jesus still acts through that Sacred Presence.

Decades after Jesus's death, when his story was being recorded in the Gospels, the evangelists created a parabolic crucifixion and resurrection story, which we call the Passion, that drew both on their knowledge and experience of Jesus and their holy scriptures (the Hebrew Bible). They did this to put their conviction that Jesus still operated into narrative form. It is a perfectly valid thing for them to have done.

I believe these things because that is the only way I can make sense of my own spiritual experience. I have never seen a miracle in the magical, physically impossible sense, and I do not believe that God for some arbitrary reason stopped directly intervening in human affairs sometime in the 1st century CE. God must have been the same then as now, because God is timeless.

Therefore I cannot believe that Jesus was born of a virgin, or that he walked on water, or that he rose from the dead after three days. Scholars and historians, who are paid to study these things, tell me that it is exceedingly unlikely that any of Jesus's disciples were present at his trial or crucifixion, and I believe them, for the same reasons I believe climate scientists about Global Warming. They're experts, I'm not, and I firmly believe that theology cannot contradict reason unless you have one or both wrong.

We all must stop and think about what is foundational to our religion. What must we do to truly be a Christian? Is it a set of statements about Jesus that we must affirm? Or is it simply following Jesus's example in a quixotic human effort to know God? I opt for the latter. The rest, they say, is a matter of faith.