On Dec. 30, 2016 I received a call from Governor Andrew Cuomo's office informing me that I was just granted a pardon. My knees shook and arms got numb as the news sunk in. It was the exact feeling I had in 1996 in Sing Sing prison when I was told by the Deputy of Security that I was granted executive clemency by then Governor George Pataki. But now was different than then. Back then I was on the tail end of serving a 15 to Life sentence for passing an envelope of 4 and a half ounces of cocaine to under-cover officers. I was to make a fast 500 dollars for the delivery. Being desperate I wound up doing a stupid thing to make some fast money. I not only ruined my life, I ruined the life of my 7-year-old daughter Stephanie who until this day has never recovered from the stigma generated from the crime that I committed.

When released I had to learn how to be free once again. I had served twelve years in prison and five years on parole and lived in total fear that I would violate my conditions of parole and be thrown back into prison. I found out quickly that a simple walk in my crime infested South Bronx neighborhood or a train ride in the NYC subway system could easily escalate into a situation that would cause me to lose my freedom. Overwhelming joy and happiness dominated my first few days' home, but once these initial emotions began to fade, I realized the freedom I fought so long and hard to win was not what I imagined it to be. The way of life I once knew was gone, along with my friends and most of my support base. I discovered I was alone in a new world that had drastically changed without me.

Getting my life back on track was no easy matter especially finding out that governmental road blocks existed at almost every level of my re-entry. I searched for a solution to my problems and realized that when my cell door was shut behind me, I did not leave behind those twelve years of hard time. When those prison doors close behind you and you leave its confines, you are not free. You are still doing time--just doing it on the other side of the bars. I soon found out that prison life was deeply rooted into my present existence; a decade of life in an environment where survival mechanisms and behaviors were hardwired into daily existence had changed me profoundly.

Being hard-wired for survival was a good thing. In the free world, though, it was another matter, especially when these mechanisms would surface suddenly and without warning. The tools that were once lifesaving had become a tremendous burden as I tried to get my life back together. I had survived the prison experience and made my way to freedom by creative self-expression, painting, but I was soon to learn that freedom had its costs. I talk about this in my new memoir "This Side of Freedom: Life after Clemency. For many, including myself, carrying the stigma of being an ex-offender is often debilitating. From being denied employment and housing, to not knowing how to establish healthy relationships, life became exceedingly difficult

With this pardon I become the first individual in New York State to receive clemency and a pardon which helps vindicate the draconian 15-to-life sentence I received as a first time non-violent offender. It indicates forgiveness of my crime from the government because the punishment I received was not appropriate. It is also a public proclamation that I have demonstrated exemplary behavior since being released and it shows that people in prison can successfully re-enter society without negative results. I want to thank Daniel Loeb for his support in obtaining my pardon and I pray that Governor Cuomo continues to show compassion for those that deserve it and he continues to use his pardon power. 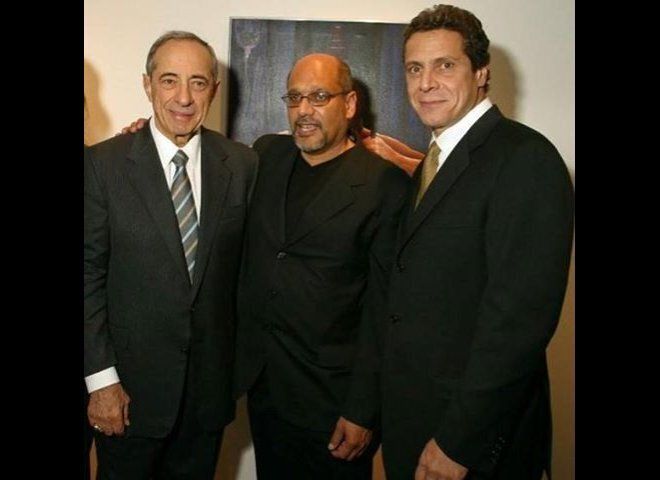