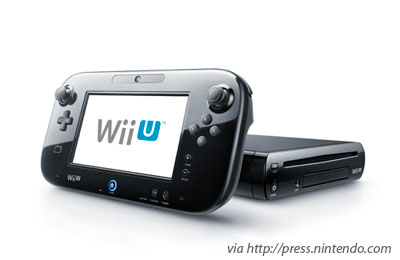 Well, Nintendo used E3 to once again lift the veil off of its forthcoming next gen console, the Wii U. The reaction from the game-o-sphere? Some anger, some confusion and maybe a burp or two. As it stands, this system is not going to create the same kind of media thunderstorm that the Wii did in 2006. It's not too late though. The Wii U is actually really cool, it just lacks the right software to show it off. It's almost as if Nintendo was hellbent on not announcing anything exciting for the system. Heck, most of the "announcements" were already talked up at last year's E3. So what can the company do? They need some buzz and they need it pronto. Here are some ideas we cobbled together of the kinds of software the Wii U should have announced that will get people excited about opening their wallets once again for a new Nintendo system. (Do it guys! We believe in you!)

Put some LittleBigPlanet in our Mario The official announcement of New Super Mario Bros. U for launch elicited a collective "shrug" from the gaming community. It looks just like the Wii version with Miis inexplicably thrown in, after all. Some Miis hopping around and the addition of a fifth player doesn't seem like an evolution, more like another episode of the same show. You know what would have seemed like an evolution though? A fully-featured level designer like the kind seen in Sony's LittleBigPlanet franchise. The Wii U GamePad, with its touch/tablet interface, would be perfect for this kind of thing. The idea of having endless fun playing user-created Mario levels is enough to bring a smile to even the most cynical gamer's face. This is an idea whose time has long time. 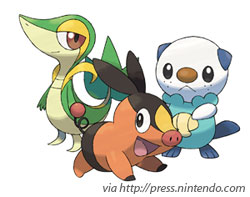 You know what franchise sells more systems than perhaps any in history? If you guessed Pokemon then you get a MysteryBerry. However, Nintendo has never made the enslaved cuties high priority for their home consoles. They are nicknamed Pocket Monsters after all. Their consoles get the spin-off games, the games nobody wants to play (Pokemon Snap excluded). If Nintendo wants the world's teeming masses of children to beg their parents for a Wii U, then this has to change. And what better way to change it then with a massively multiplayer online RPG set in the Pokemon universe? Fans have called out for this since they heard their first muffled "pikkaaaa" many moons ago. The Wii U is uniquely situated to deliver on this long-yearned for idea, given the system's online connectivity and tablet controller.

Super Smash Bros We know it's coming. But you guys could have thrown up a logo up or something. Just saying.

All of the bigwig multi-platform titles

Nintendo hates releasing official specs for their consoles, but the Wii U is at least as powerful as the Xbox 360 and PS3. This means it's open season on multi platform titles. So where are they? Sure, the system is going to launch with Assassin's Creed III and some older ports like Batman: Arkham City and Ninja Gaiden 3. Bioshock: Infinite is on the horizon. Where's that? The same could be asked of Grand Theft Auto V, Call of Duty: Black Ops 2 and tons more games. Nintendo needs to secure these deals to make sure the big software doesn't pass them by now that their console can keep up with the big boys in regard to horsepower.

Monster Hunter In Japan, the Monster Hunter series is like the Beatles of gaming. The endless grinding and looting. The lengthy boss battles and multiplayer madness. The games are like crack to the Japanese. Where Monster Hunter goes, buzz follows. Want proof? Look at sales of the 3DS since a pair of highly anticipated Monster Hunter games were announced last year. Nintendo and Capcom seem to already be sitting in a tree k-i-s-s-i-n-g, so why no Wii U announcement? It would have gone a long way to assuring people who third-party developers were taking the system seriously, plus the tablet controller would make the endless equipment swapping the game requires an absolute breeze.

New Zelda/Metroid games We know these are coming. But you guys could have thrown up short videos or something. Just saying.

Something big that takes advantage of Wii U/3DS connectivity We now live in a world where people can play their PS3 games on the move by using Sony's new portable system, the Vita. The lineup of games that support this functionality is slim, sure, but it keeps growing. Nintendo needs to get in on that. The 3DS is a powerful machine. The Wii U is a powerful machine. They should make nice and do something cool. Nintendo has always been into this kind of connectivity (GBA/GC link cable ftw) but now that the tech has finally caught up with their vision they seemed to have dropped it.

The basic hook of the Wii U is its a home console mixed with an iPad. So, screw it, bring on the super-cheap casual games the kiddies like so much. Hardcore gamers might scoff but at this sort of thing, but there is no denying the appeal of a fully-stocked app store. Bring on the Angry Birds. Bring on the Jetpack Joyride. Bring on the Temple Rush. Just stay away from that freemium crap ok? It's creepy.

Something crazy none of us can think of because we aren't mysterious game designing geniuses Nintendo always has the ability to surprise us. They are crazy weirdos with a sort of sixth sense for what is fun. So show it off! Come up with some wacky new concept that nobody else could think of in a billion years. Give us the feeling of Wii Sports again, or WarioWare, or hell, Super Mario Bros. I think that's why this year's E3 let us down. It didn't seem to have anything crazy that also instantly made sense at the same time. Sure, Nintendo Land and Pikmin 3 are going to be awesome but give us some stuff we couldn't have thought of. We know you can do it! After all, you've done it like a hundred times already.