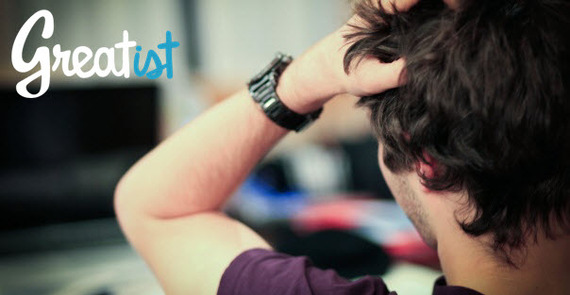 Back in 2009, I had my first stay in a psychiatric ward; I was there for a week. At that point in my battle with major depression, my hourly thoughts revolved around various ways to end my life. Since then, my biggest fear has been to ultimately lose.

It's 3 a.m. and I'm alone with nothing more than the thoughts running through my brain. It's an experience I'm all too familiar with and one that I never stop fearing. My brain, you see, wants me dead.

A Mephistophelian production of the brain, depression is a mental illness that essentially causes you to believe that you're a worthless piece of crap. For some, like myself, this feeling can become so concentrated that thoughts of self-annihilation are not uncommon.

Depression, much like every other diagnosed health condition, has varying levels of severity, and I am thankfully not yet back at that critical level. However, suicidal thoughts will sometimes appear out of thin air, so I've learned to develop ways to try to lessen their impact.

But even with strategies in place, battling major depression (and the prospect of suicidal thoughts) is a very real and very painful struggle. And it's that reality -- the lethargy, forced apathy, and pointed pains behind a veil of smiles -- that I wish more people understood. To understand suicide, one must understand the nature of depression. And for most, that's difficult unless they've experienced it themselves.

The Downside to Overachieving

I was officially diagnosed with major depressive disorder back in 2009 during my senior year of college. I say "officially" because, at the time, my psychiatrist suggested that I'd likely suffered through it for a much more extended period of time. It was before that last semester of college, however, that the bastard showed itself in a form that could no longer be ignored. However irrational, suicide was the only conceivable release from my incessant assertions of self-worthlessness.

It almost seemed that depression was a prerequisite for admission -- a belief that apparently isn't completely unfounded.

But I wasn't the only one struggling. At my "elite college," depression was a largely unmentioned yet ubiquitous condition experienced by many of my peers. It almost seemed that depression was a prerequisite for admission -- a belief that apparently isn't completely unfounded. According to a 2014 study conducted by the Cooperative Institutional Research Program at UCLA, nearly one in 10 incoming college students are "frequently" depressed -- a rate much higher than previously cited in past studies. And this poor mental health is arguably more pervasive in the innately hyper-competitive environments of elite institutions.

As William Deresiewicz, a former Yale professor who wrote an essay titled "Don't Send Your Kid to the Ivy League," explained in an interview with The Atlantic:

"These kids were always the best of their class, and their teachers were always praising them, inflating their ego. But it's a false self-esteem. It's not real self-possession, where you are measuring yourself against your own internal standards and having a sense that you're working towards something... These are kids who have no ability to measure their own worth in any realistic way -- either you are on top of the world, or you are worthless. And that kind of all-or-nothing mentality really pervades the whole system."

More recently, a University of Pennsylvania task force was organized to examine mental health on campus. As The New York Times reports, the researchers brought to light a disturbing and dark aspect of campus culture: "Penn Face," a term used by students to describe the practice of acting happy and self-assured even when sad or stressed. A similar phenomenon is present at other top-tier schools such as Stanford, where it's known as "Duck Syndrome:" "Like a duck, students appear to glide calmly across the water, while beneath the surface they frantically, relentlessly paddle," Julie Scelfo writes in the Times.

Indeed, in an era where Facebook news feeds are flooded with promotions, engagements, and oh-so-casual trips to the Maldives, anxiety over personal success is all too common.

Nearly a year since I moved to New York City, I find myself facing that depression yet again. The environments some of us barely survived in college have merely replicated themselves in cities like this one (and Boston, Chicago, and Washington, D.C.), where success is measured by how much money you make, what company you work for, and where you're getting your MBA.

After noticing these revived feelings of incompetence, I reintroduced the standard routine I've developed to help me fight off full-on depression. For two months, I've largely avoided the consumption of any drugs or alcohol, increased my number of workouts, and done my best to optimize my quality of sleep. Despite such tactics, I've spent the last two weeks wavering between lucidity and obscurity, slowly losing myself in the mere three to four hours of sleep I've gotten every night.

RELATED: 19 Tips to Boost Confidence Right Now, Because You're Awesome

The Reality of Depression

Depression is a selfish disease in the sense that it affects the individual self -- who we are in our brain and at our core. But this selfish characteristic, which can be perceived as "asshole-y", prevents many from sharing their experiences with others. Instead it leads them to internalize that conflict until their bodies break down before the very people from whom they keep their illness.

Thankfully, I'm no longer concerned about how I'm being perceived and have accepted depression as something entirely selfish.

Depression is selfish, and it contributes to more than 41,000 suicide deaths in the United States every year.

Depression is selfish, and it's a mental illness that shouldn't be left untreated.

But know that you're not alone. There are others out there with their own stories to share. And being able to bond over these darkest moments has honestly provided me with the greatest relief outside of anti-depressants and therapy. Because I know I'm not alone. And I will survive.

This post originally appeared on Medium. Ronald Barba is a writer and editor based in New York, where he's currently a journalist reporting on technology and entrepreneurship. Follow him on Twitter.

40 Ways to Relax in 5 Minutes or Less

The Hard-to-Hear Advice Every 20-Something Needs

The 7 Questions I Asked That Seriously Changed My Life

10 Common Symptoms Of Anxiety
More:
healthy livingHealthdepressionman up mental healthStronger Together
Newsletter Sign Up
The essential guide to taking care of your mind and body
Subscribe to HuffPost’s wellness email
Successfully Subscribed!
Wellness delivered to your inbox