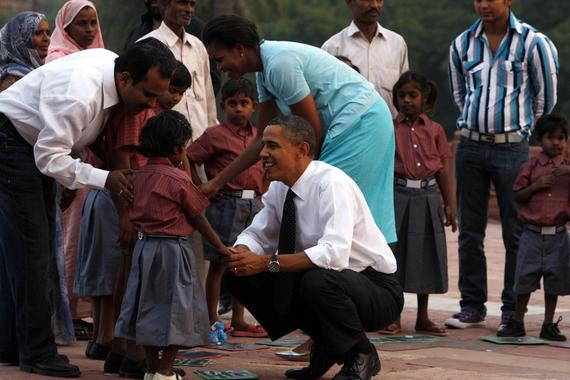 The focus of the media attention during the president's visit was the historic invitation to be the honored guest at India's Republic Day -- a first for the U.S. and a signal of the close and evolving relationship between the two countries. However, what got little notice was something the president left behind, something that will likely contribute to the biggest transformation for the poor in India.

India is a study in contrasts -- deeply spiritual yet stubbornly segregated. It rightfully celebrates one of the fastest-growing middle classes in the world. Still home to 200 million people living in unimaginable poverty and 500 million more not that much better off, there is much that can be done.

Roughly half of Indian households have access to a bank account, and 73 percent of the farmers have no formal credit, robbing them of their ability to invest and build a food-secure future for their family and the rest of the country. The new Premier Modi is laser-focused on changing this reality. He made a pledge to get every single one of the 1.2 billion people living in India bank accounts -- an important step toward prosperity.

Mobile phones are the key. 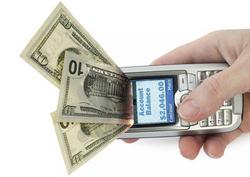 Almost all Indians own or have access to a phone, including 80 percent of those living at the bottom of the pyramid. If they could use their phones like we use our debit and credit cards, millions of poor Indians could have the tools to become less hungry and more prosperous. Obama and Modi announced an innovative partnership with USAID and the private sector to accept mobile money for purchases and to use it to distribute payments for goods or wages throughout India. Getting private companies to accept mobile money for purchases is huge and an essential part of creating a digital financial system.

There are three things that are needed for mobile money to work:

Fortunately this week the Reserve Bank of India finished accepting applications, which will allow a new kind of banking license to enable just this kind of opportunity with mobiles. Among those applying included the largest mobile operator in India, Bharti Airtel. The Reserve Bank of India will soon start issuing these licenses, also ensuring that adequate consumer protection rules and anti-money-laundering rules are in place.

2. Cash needs to start moving in and out of digital wallets.

Big payment providers, like governments that issue social-welfare and pension-benefit payments, banks, microfinance institutions and business networks like SAP, need to send money directly to digital wallets like they do in the U.S. to direct-deposit bank accounts. That way a network of mobile-money outlets where people can get and send money will spring up and have the cash when and where people want it. Don't think machines but people at village stores or kiosks in the city, creating the most extensive ATM network. These big payers are the essential "anchor tenants" of the mobile-money mall.

3. People need to have places they can use their digital cash.

If people receive money on their phones but then immediately take out the cash, it will cause huge liquidity problems for the local kiosk, the mobile operator and the banking system nationally. People need places that accept mobile money for payment of goods and services. Think stores that accept credit cards, only this time we are talking about stores accepting mobile money from your phone and a PIN.

This is where Obama, USAID and the private companies that are part of this partnership come in. Companies like Procter & Gamble agreed to work with the stores and distributors that carry their products in India to accept mobile money. So when an Indian wants to buy soap or make a loan payment, they can do it with their phone. Snapdeal.com, India's largest online marketplace with over 20 million users, is part of the partnership to make mobile money a reality. Buying something online from your phone? Punch a few buttons and use the money in your bank account. That's how easy it will be.

In the last thirty years India has dropped its rate of poverty in half from 60 percent to 33 percent. Mobile money and digital payments will take it down further alongside collective action and key partnerships. This push for the incorporation of mobile money will be the biggest key factor for the poor to leap forward.

These recent commitments by major companies, banks, mobile-network operators, e-commerce sites and more across six identified categories to building a shared infrastructure could potentially drive India's middle class to exceed the estimated 40 percent by 2027, which could result in the transformation of its current poverty landscape for the better. A rising middle class in India helps alleviate global poverty and create larger opportunities for U.S. companies' products.

What Obama left behind in India will be a giant step toward not only financial inclusion but eradication of poverty.

Read more from Maura O'Neill and check out her blog, Our Simple Truths, and her Facebook page.