In Global Brief magazine's Strategic Futures segment recently published, experts and pundits were asked, what will be the key language(s) of this new century? Opinions were offered on why Chinese, Russian, French, Arabic, and Persian could be the lingua franca of the 21st century.

Persian! ('Persian' is the correct reference to the language in English, according to the Academy of Persian Language and Literature). Could it be? Could the tongue of Mowlana (Rumi), Omar Khayyam, Rudaki, Ferdowsi, Sa'adi, Hafez, Jabir ibn Haiyan (Geber), Ibrahim Fazari, Al-Ghazali (Algazel), Kamal al-Din Farsi, Musa Khwarizmi, Razi, Biruni, Farabi (Alpharabius), Ibn Sina (Avicenna), Ibn Haytham (Alhazen), Tusi and, among many others, Abu Nasr Mansur once again rise to prominence on the world stage? 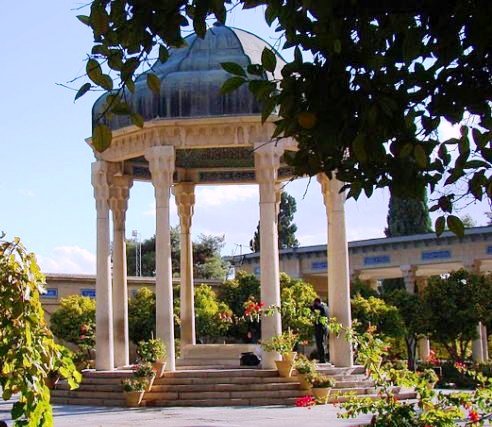 Tomb of Hafez (the revered Persian poet) in Shiraz, Iran

Photo courtesy of the author

Persian is widely recognized as the language through which a rich body of literature, music, scientific and philosophical thought have entered the annals of intellectual achievements and civilized heritage. The language of the Persian people -- belonging to the Indo-European branch of languages -- apart from having a considerable influence on neighbouring languages and beyond, was once the lingua franca (lingua persica) of the central part of the Islamic world in the East, as well as in South Asia. After Arabic -- the language of the founding Prophet of Islam -- Persian was the most important language in the Islamic empire; in particular, during the Abbasid Caliphate and throughout the period referred to as the Islamic Golden Age (ca. 750 CE to 1258 CE) -- an era recognized for its opulence and, more importantly, for its great artistic, technological, scientific and intellectual innovations.

While countless dynasties came and went with the winds of time, constant remained the Persian language, which continued to serve as the official and cultural language of state and empire. From the royal courts of the Moghuls -- even Marco Polo, during the course of his famous travels, learned and spoke Persian -- to the Seljuks and the Ottomans, to name a few, Persian served as the language of the elite, of high culture, and as the official language of the royal court. It was not until the 1840s that English started diminishing the role of Persian -- through the vector of British imperialism no less -- as an influential language in the region (in particular, in South Asia).

Today, Persian (with slight variations of the language) is spoken by approximately 125 million people in Iran, Afghanistan and Tajikistan. This is a conservative estimate, as it does not take into account the diasporic communities spread across the globe, as well as other pockets of Persian speakers in Iraq, Bahrain, Uzbekistan, Azerbaijan, Pakistan, Armenia, Turkmenistan and Israel.

In many ways, Persian has seldom been simply a vernacular language. From the engravings on the walls of Topkapi Palace -- the official residence of the Ottoman Sultans -- and the calligraphy which decorates the interior of the Bahá'í House of Worship situated on Kikaaya Hill in Kampala, Uganda, to the pages of the Torah, to Zanzibar and its 'Shirazis' population, to the pioneering works of science and philosophy, which made their way to medieval Europe, sowing the seeds of European Renaissance (Huntington do tell, what clash of civilizations?), to countless loan-words found in the English language and others, the Persian language and the by-products of Persian thinking have pulsated, and continue to pulsate, in places and in the (sub)consciousness far beyond the territorial boundaries of Persian-speaking lands. One wonders why Persian is not yet an official language of the UN. It should be.

What of the sway of Persian, or for that matter, any other language in today's world? In an epoch in which soft power and technology have combined to gradually reshape and repackage international human discourses, it is language capable of 'selling' to an increasingly aware world-population that will be triumphant in the 21st century. The age of unilingualism and the dominance of one language over another is spent. What is important in this new global village, where post-modern multilingualism is sovereign, is that 'we talk to one another' -- empathetically and with respect.

In the 21st century, the language that will secure a receptive audience is one that offers words capable of transcending cultural, religious and ethnic divides; a language of moderation and rationality; one that advocates peace, tolerance and respect for the dignity of self and the unfamiliar 'other'; a language through which the arts and free thinking flow and flourish (the conditio sine qua non for high culture, progress and civilization). It will be a language that allows others to speak, have a voice and determine their own destiny -- that is a true international language, appealing in its humanity and universal in its reach. Those who embrace this language in this new century will be its winners.

This is a slightly modified version of the original published at Global Brief.

Chef de Cabinet to the Prosecutor of the International Criminal Court, Vice-President of the Institute of 21st Century Questions and Managing Editor of Global Brief magazine